From chicken to mutton, from Muradabadi to Hyderabadi, there are several biryanis you may have had in your lifetime but we’ll tell you about one such biryani that you might have missed out. 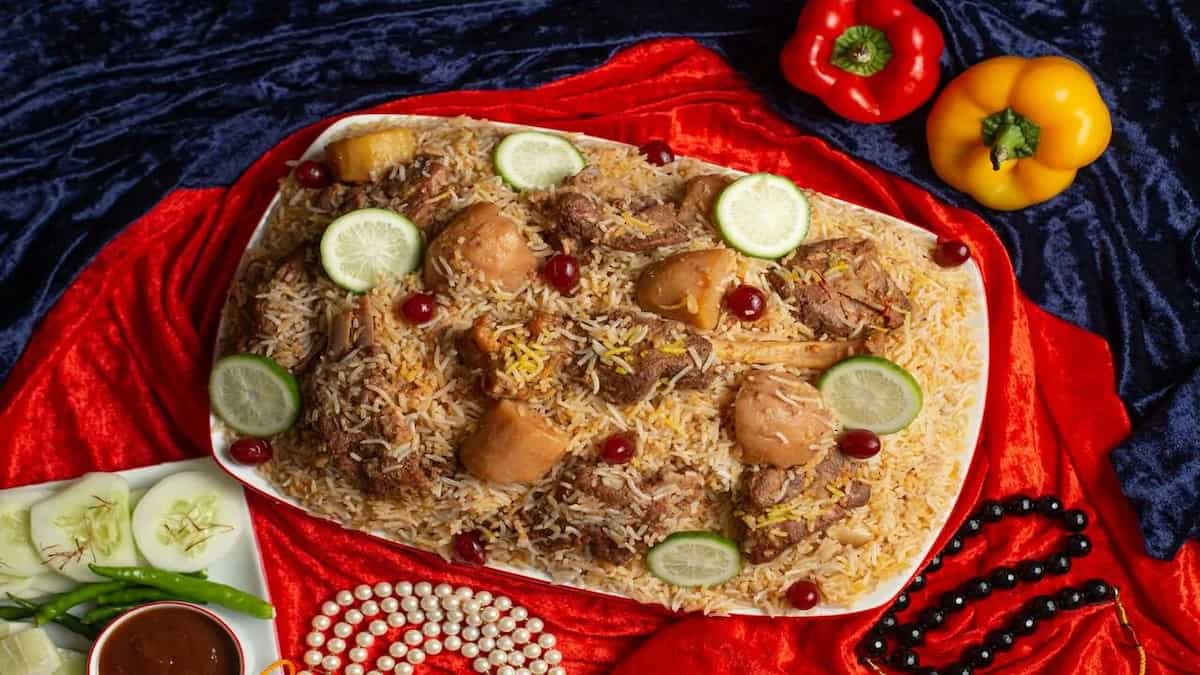 When someone mentions biryani in a conversation, my mind is instantly transported to a huge handi filled with aromatic rice and meat sealed with a dum and cooked on slow fire. That’s the most authentic sense of biryani that I hold in my head. Apart from the dum variety, another type of biryani that I love is the chicken biryani my mother makes at home. In my Punjabi household, the dum biryani ingredients are shifted to a pressure cooker and cooked together on medium flame, giving the entire dish a light brown colour and meaty flavour. When it comes to one pot meals, there are options galore. From pulaos to pilafs and biryanis, there is no end of choices.

Definitely, biryani seals the deal any day over the rest for me. Then you have iconic places which serve these delectable one pot dishes. Hyderabad, Lucknow, Moradabad are a few names that strike a chord with their lip-smacking biryani flavours and spices. The former is well-known for its dum biryani, simply known as Hyderabadi dum biryani. Today, from Delhi to UP, you’ll find several small shops and fine-dining restaurants serving the dish and claiming their recipe to be authentic. But we all know that the best way to savour a particular dish is at its birthplace.

Interestingly, my recent hunt to try different styles of biryanis at home led me to the discovery of an unknown gem hidden in the crowded by lanes of Charminar in Hyderabad. Belonging to the one pot family and being sold widely across Hyderabad is the Kalyani biryani. Ever heard of it before?

A Royal Lineage Of A Royal Dish

Biryani is often treated as a royal dish, belonging to the elite, given its diverse ingredients and rich flavours. However, we believe that there’s a biryani for everyone and well, that’s how we stumbled upon this poor man’s biryani from Hyderabad. The Kalyani biryani hides a legacy of the Nawabs of Bidar in its aromatic infusion of rice and protein. Legend has it that the biryani derived its name from the Kalyani Nawabs who travelled from Bidar to Hyderabad in the 18th century.

The setting up of the Kalyani Nawab ki Deori (haveli) by the Nawabs, who belonged to the Basavakalyan region, which was a part of the old Hyderabad State, played a major role in the invention of this interesting biryani variety. While the haveli was known for extending remarkable courtesy and generosity towards the travelers who stopped by, especially from Bidar, it was the acquisition of Hyderabad by the Indian government under Operation Polo in 1948 that the Kalyani Nawabs lost all control.

The Deori that earlier served chicken and mutton Kalyani biryani to its guests twice a day in large quantities started looking for cheaper ways of providing the same hospitality. Since the visitors continued to flock the deori and the finances were dwindling, one of the cooks of the royal kitchen decided to replace the chicken/mutton with buffalo meat. That’s how the buff biryani, also known as Kalyani biryani, rose to fame as a more affordable alternative to the otherwise rich and expensive dum biryanis. Although the protein was substituted with buffalo meat, it was often considered to be beef biryani and euphemisms like bade ka, buff, kalyani started being used for referring to beef-based dishes. Note: Beef is cow meat and not buffalo meat.

Today, you’ll find hole-in-the-wall eateries with no clear signage or directions on the maps, serving Kalyani biryani at a cheap price of INR 80 in Hyderabad. The most famous is the one started by Dawood, one of the cooks from the era of Nawabs of Kalyan, who set up shop under the name of Original Kalyani Biryani in the Murgi Chowk behind Charminar. This happened in the late 1940s when cooks spread out to open their own outlets to serve this buffalo meat, onions, tomatoes and rice combination for cheap stakes as opposed to the close cousin, Hyderabadi dum biryani.

You may not find expensive spices like saffron and the rich chicken and meat proteins, but the shack-like tiny eateries have managed to keep the legacy of this other biryani alive in the heart of its birthplace, in the face of the popularity of Hyderabadi dum biryani.

Beyond Biryani: Hyderabadi Baghare Baigan Is A Nizami Gift That Deserves More Praise