Additionally, animals must be slaughtered in a specific way, and all blood must be drained from the meat before it can be consumed. Indian Jews follow these laws strictly as a way to maintain a connection to their religious and cultural heritage. Indian-Jewish cuisine is a unique blend of two diverse culinary traditions. The fusion of Indian spices and flavors with traditional Jewish dishes has resulted in a delicious and diverse range of dishes that are enjoyed by people of both cultures.

The history of Indian-Jewish cuisine dates back to over two thousand years ago, when a small community of Jews settled in what is now Mumbai and Pune. These immigrants, known as Bene Israel, were welcomed by the Indian population and quickly assimilated into Indian culture. Several other Jewish communities would pop up all over the subcontinent in the years to come, fleeing war and persecution or just looking for a better standard of living. The Bene Israel remains the largest Jewish community in India, followed by the Baghdadi Jews of Kolkata and the Black Jews of Cochin. All three communities have adapted traditional Jewish recipes to feature spices and ingredients that were typical of the Indian states they would call home, as well as adopting Indian dishes into their daily meals in accordance with kosher laws.

Kosher laws are a set of dietary laws that govern what foods are considered permissible for observant Jews to eat. These laws are based on the Torah and Talmud and are intended to ensure that the food consumed is healthy, hygienic, and spiritually pure. Some of the key principles of kosher law include the prohibition of eating pork, shellfish, and certain types of seafood, and the requirement that meat and dairy products not be mixed together. Additionally, animals must be slaughtered in a specific way, and all blood must be drained from the meat before it can be consumed. Indian Jews follow these laws strictly as a way to maintain a connection to their religious and cultural heritage.

One of the most popular dishes in Indian-Jewish cuisine is cholent, a traditional Ashkenazi stew that is typically made with meat, beans, and potatoes. In India, cholent is often made with lentils or chickpeas and is flavored with a variety of Indian spices, such as turmeric, cumin, and ginger.

Sambar is a staple of Jewish-Indian cuisine. The community's take on the South Indian classics is made with a variety of vegetables and spices, such as tamarind, mustard seeds, and curry leaves. The gravy may also contain proteins such as fish or chicken. 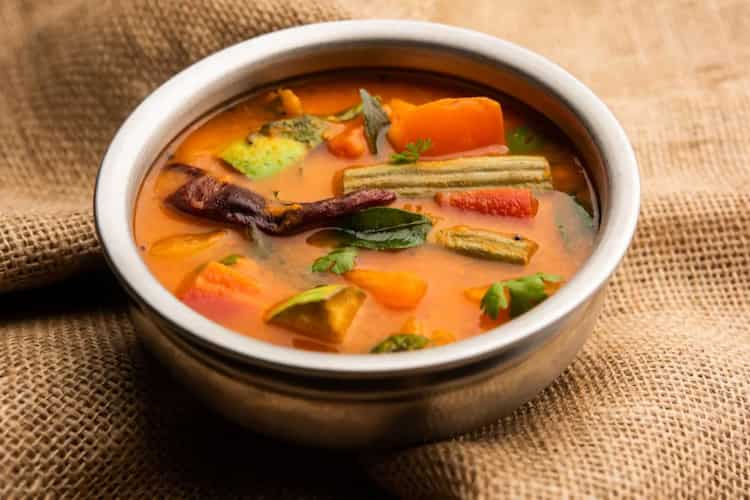 One of the most interesting dishes in Indian-Jewish cuisine is curry, which typically includes a blend of Indian and Jewish flavors. The exactness of the spices and ingredients used for the dish’s preparation varies depending on the region in question; that said, most curries that are routinely prepared by Indian-Jewish communities include chicken, potatoes, and a variety of spices such as turmeric, cumin, and coriander. It is usually served with rice, chapati, or naan.

Another unique dish in Indian-Jewish cuisine is Kofta, which is a meatball made with beef or chicken and flavored with Indian spices such as cumin, ginger, and coriander. Kofta is often served in a curry sauce, which is made with tomatoes, onions, and a variety of Indian spices. This dish is a rare treat, as it is incredibly difficult to source meat that has been slaughtered in accordance with kosher laws, which is also why most Jews in the country are vegetarians. 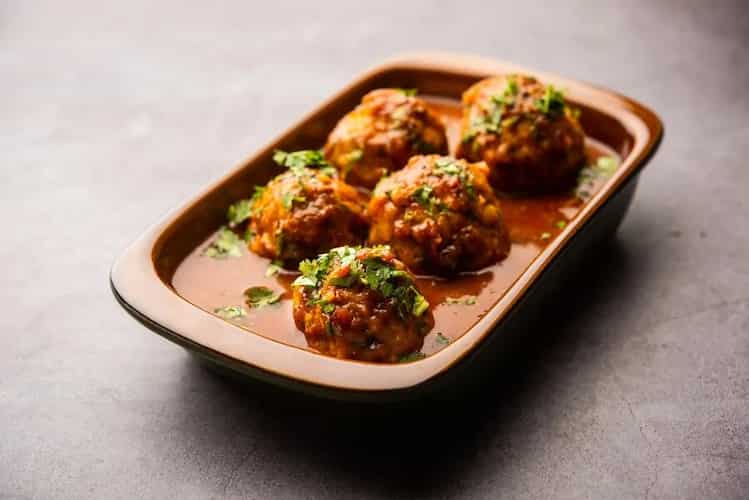 In addition to these dishes, Indian-Jewish cuisine also includes a variety of sweet treats. Some popular Indian-Jewish desserts include sherbet, a traditional ice cream made with fruits, shaved ice, and a small percentage of dairy, and halva, a sweet made with semolina and flavored with almonds and pistachios.

The last few years have seen the appearance of traditional Jewish and European pastries in various artisanal bakeries in Mumbai and Pondicherry. This trend can be attributed to the influx of young Israelis who came to the country through Auroville in Pondicherry in the hopes of finding peace in the experimental township, or "mini Israel," in Himachal Pradesh after completing a year of mandatory military service. Most of these immigrants are skilled bakers with culinary arts degrees, and it is not surprising that they have chosen to pursue their vocation in India as well.

The fusion of Indian and Jewish flavors has resulted in a delicious and diverse range of dishes that are enjoyed by people of both cultures. Indian-Jewish cuisine offers a distinct blend of flavors that will satisfy any palate, from the many spicy curries to the sweet and decadent sherbets. Whether you're looking to try something new or simply want to experience the delicious fusion of two culinary traditions, Indian-Jewish cuisine is definitely worth exploring.

The Tribal Foods And Cuisines Of India

The Multi-Cultural Fusion That Is Indo-Caribbean Cuisine

Tahdig: This Rice Dish Is The Jewel Of Persian Cuisine

The Magic Of Fusion Cuisine And Its Popularity