The Charm Of Spiced Coffee In Winter

Having a nice cup of spiced coffee is just not about smell and taste but is also about the great pleasure that you get from it. Imagine yourself, sitting near the fireplace with a huge mug of spiced cappuccino and good book to your company. Could you ask for anything better? The fragrance of cloves, cinnamon and that little touch of honey in your coffee sounds familiar right.  Be the concentrations of aromas of these spices or their benefits that one gets, spices have always fascinated the culinary world. So much so that in ancient times they were even smuggled. Imagine mixing them in your coffee, the experience gets elevated.

Most would agree that having a nice cup of coffee is just not about smell and taste but is also about the great pleasure and satisfaction that you get from it. Some of the possible pairing of spices and coffee that happens is with Cinnamon, cardamom, black pepper and yes not to miss the iconic vanilla. It's important to tweak the spice level according to your taste, depending on whether you like a strong brew or a light brew. 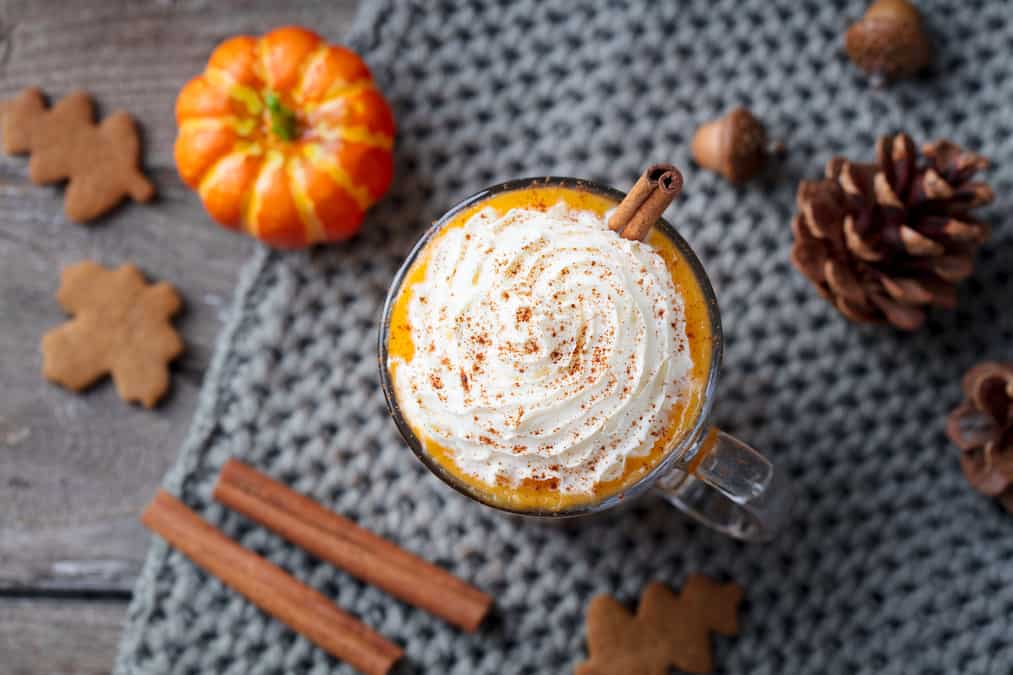 It’s seen that Coffee with cloves makes you aware of the habits of other cultures, when combined with other spices like

– orange peel and cinnamon, of that of mulled wine/ coffee

– cocoa and cinnamon transports you to Brazil. This coffee is the perfect combination of strong, freshly brewed coffee, chocolate, and spices. You’ll love the sweetness of chocolate and spice flavors of cinnamon and cayenne pepper with richness of whipped cream on the top.

●    Add the coffee grounds and cinnamon together while brewing in a french press.

●    While the coffee is brewing, bring the half-and-half, chocolate syrup, and demerara to a gentle simmer in a small saucepan. Make sure to cook on low heat so you don’t burn the mixture.

●    Remove from the heat and add the brewed coffee to the milk mixture. Whisk in the vanilla extract/ flavour.

●    pour the coffee into Mug and top with whipped cream and garnish with a sprinkle of cinnamon or chocolate shavings, and add a cinnamon stick, if desired. Enjoy immediately. Vegan and healthier option for one of the most famed recipes which you should try making at home this winter season. It's a tasty, delicious and very simple recipe to give a festive feeling.

●    In a pan take almond milk, honey, pumpkin purée, cinnamon stick and nutmeg and boil it in medium heat.

●    Once milk starts boiling, remove it from the fire and also remove the cinnamon stick. Pour milk mixture into a French press and just push and pull the plunger for 6-8 times to get nice silky and smooth texture foam.

●    Take a shot of espresso or Moka pot coffee into a serving mug, pour the milk with foam over espresso. Make sure you get thick layer of milk foam top, if you can’t manage to get it by pouring then just scoop it with a help of spoon

●    For garnish, add whipped cream on the top and sprinkle some freshly grated nutmeg.

Ever Tried The Turkish Coffee? Why We Love The Strong Brew

Home-Grown Coffee That You Should Switch To