Thanksgiving 2022: This Is What Different Cultures Cook Worldwide

A lavish spread of delicacies occupies the centre stage of the American Thanksgiving festival. If one tries to look at the essence of this celebration, it brings forth similar festive narratives. Various cultures commemorating Thanksgiving in their own way have unique culinary fares native to them For antiquity, several cultures across the globe have celebrated Thanksgiving as part of their mid-autumn festivities. The European custom of gathering to rejoice over a bumper crop has evolved as time passed by. But the essence stays unaltered, i.e., to express gratitude. It has visited many different parts of the world. And along the way, it saw the inclusion of a broad cuisine for this event. Harvest festivals occur at various times in various locations due to variations in climate and crops worldwide. Likewise, the festive meal or ritualistic Thanksgiving dinner gets as diverse as possible. Thanksgiving customs in Canada are akin to those in the United States. Most of their traditional foods are included on the menu with minor modifications. Canadian Thanksgiving tables usually feature a turkey as the highlight. Instead of corn, breadcrumbs or rice are used in turkey stuffing, and Canadians serve wheat-based bread rolls, whereas Americans serve cornbread rolls, sliced loaves, or muffins. In Canada, the turkey is occasionally replaced with ham or other roasts. Cornucopia is another inherited tradition from Europeans that is as important. This tradition entails stuffing a goat's horn with fruit and grains, and the best-looking ones are now fashioned of pastry. Sweet potatoes are roasted or mashed into a puree without adding butter. Pumpkin pie with ginger, cloves, nutmeg, and cinnamon provides a spicy twist. As a result, it differs from American pie, which is sweet and contains custard. 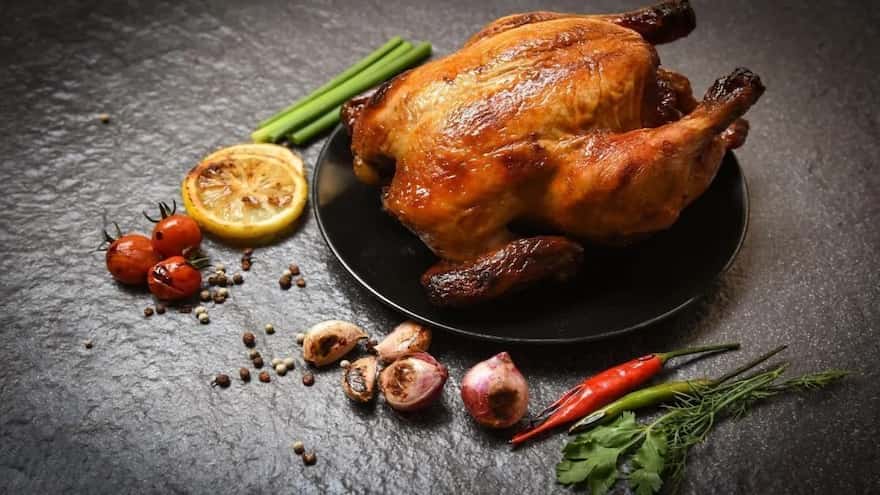 The distant Australian Norfolk Island has imported Thanksgiving Day, which is celebrated during Norfolk Island's Taste Food Festival. The festive meal, a combination of traditional Thanksgiving delicacies and Norfolk Island cuisine, lacks turkey in favour of roast pig and chicken. Of course, there are banana overloads, such as banana pilaf, green bananas cooked in cream, and dried bananas. Although it is spring in November on Norfolk Island, cornbread and pumpkin pie are on the menu for this special occasion. This celebration, which translates as "Thanks for the Harvest Festival," is held on the first Sunday of October in many villages, while others may celebrate it later in the month. Winzerfest is observed in wine-growing regions.  Even while they share American counterparts' traditions of giving thanks, they have a different menu. The mainstay is Wiener Schinschnitzel. In recent years,  Truthahn, or turkey, has grown popular among Germans at Erntedankfest. It has gradually supplanted the Gans or goose, previously reserved for rare occasions. Roasted Kapaun is served in rural regions. Masthühnchen and Die Poularde are two other turkey replacements. Rouladen is another standout, and so is Sauerbraten, classic roast beef marinated in red wine. The Korean Harvest Festival, which denotes "autumn eve," is also known as Korean Thanksgiving Day. It is celebrated in the same way that Americans gather. The first son's bride must set up a table with 3 to 5 rows of Korean foods for the family's ancestors on this auspicious event. The meal begins with rice, hot soup, Korean rice cakes, chestnuts, fish, and meat, as well as a variety of traditional foods, drinks, and sweets. Asian pear, jujube (local dates), Korean melon, apples, chestnuts, and persimmon are among the fruits included. The food on the table must be placed in a specific order: fruits come first, followed by namul veggies, jean pancakes, meat, and fish. The entire family can pitch in to make the traditional Songpyeon. Gujeolpan, Toran guk, japache are a few other names on the menu. Kinr Kansha, which translates as Labor Thanksgiving Day, is the contemporary name for an old harvest ceremony of the Five Cereals. It was initially a fall harvest festival, but its significance has since shifted. It takes place a few days before Thanksgiving in the United States. The Japanese take the day off from work to rest or shop. The modest celebrations are primarily about a humble potluck that includes Noribachi fish, rice, seaweed salad, and tea. Another national fall holiday is Tsukimi, which translates as moon viewing and is a festival honouring the autumn moon. It is related to Tsukimi soba, Tsukimi udon, and Tsukimi Dango.

How To Cook A Traditional Thanksgiving Dinner

Celebrate Thanksgiving With These Premium Liquors