Given the current situation, it is clear that we must alter our diets to prioritise plant-based meals while reducing our consumption of animal products. Our daily food consumption has changed the planet. Natural resources have been depleted to provide room for cattle grazing and food production to feed livestock. As a result of overfishing, our oceans are becoming desolate. Food production has a significant impact on climate change. According to reports, meat and dairy production accounts for nearly a quarter of worldwide greenhouse gas emissions, water usage, and other natural resource consumption.

Food that is both safe and healthy is considered sustainable. It's free of harmful pesticides and chemicals, as well as non-essential antibiotics and growth promoters. Nutrition is becoming more important in defining sustainable foods. Plant-based foods are becoming increasingly popular. It is self-evident that we must adjust our diets by prioritizing plant-based meals and reducing our consumption of animal products. Below are a few options for eating habits that are healthful, pleasant, and long-lasting.

Root vegetables are consumed because they are high in carbs. They are the crisp and colourful subterranean sections of plants. Onions, garlic, carrots, potatoes, yam and beets are just a few of the root vegetables that are produced underground. They come in a wide range of flavours and can be cooked in a variety of ways. They're also high in critical nutrients and have a long list of health advantages. In comparison to other vegetables, they survive for a long period after harvest. Replace the carrots and with turnips if you want to reduce your carb intake even more.

The nutritional value of the plant is doubled, and in some cases tripled, during the sprouting phase. Sprouts are a fantastic food with a high nutritional value. This superfood is made from the germinated seeds of grains or legumes. Sprouts are high in protein, calcium, fibre, vitamins, minerals, and enzymes, and are essential for proper development. Sprouts are wonderful as a side dish with a mild dressing or as a crisp addition to soups, salads, and sandwiches. 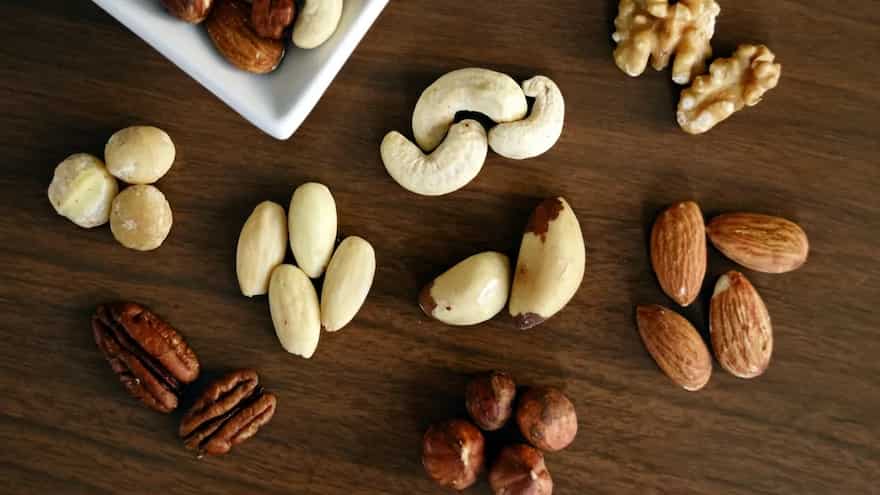 Nuts are a popular snack. They're delicious, convenient, and can be eaten on any diet, from keto to vegan. Despite their high fat content, they provide a lot of health and weight-loss benefits.They have exceptional protein, vitamin E, and fat content, as well as a delicious flavour and texture. Their crispness is beneficial to salads, soups, and desserts.

Of all the veggies, they are the most adaptable and healthful. They're produced as leaves and as part of other veggies like beets and pumpkins. They are high in dietary fibre, many vitamins and minerals, have a low-calorie count, and have been linked to a variety of health advantages. Leafy greens grow quickly and are used in a variety of recipes around the world, both cooked and raw. Moringa, for example, is considered a superfood. According to research, there are about 2,000 edible mushroom types. For ages, they've been grown for their flavour and nutritional content. They're high in B and D vitamins, as well as protein and fibre. Mushrooms can also grow in places where other edibles cannot. They're a pleasant addition and a good meat substitute because of their texture and umami flavour.

Cereals and grains are widely regarded as the most significant food sources for humans. Carbohydrates can be found in a variety of forms, including rice, maize, wheat, and millets. Many are easily available, while others must be reintroduced into the food system through a well-balanced diet. To improve diets and agricultural biodiversity, demand and supply for a variety of less frequent crops must be carefully and sustainably increased.

Take A Tour Of These Sustainable Farms Around Delhi