Shrubs- The Story Of This Drinking Vinegar

The shrub has experienced a renaissance in the past few years as mixologists worldwide rediscovered old bar manuals and techniques lost during the Prohibition Era. 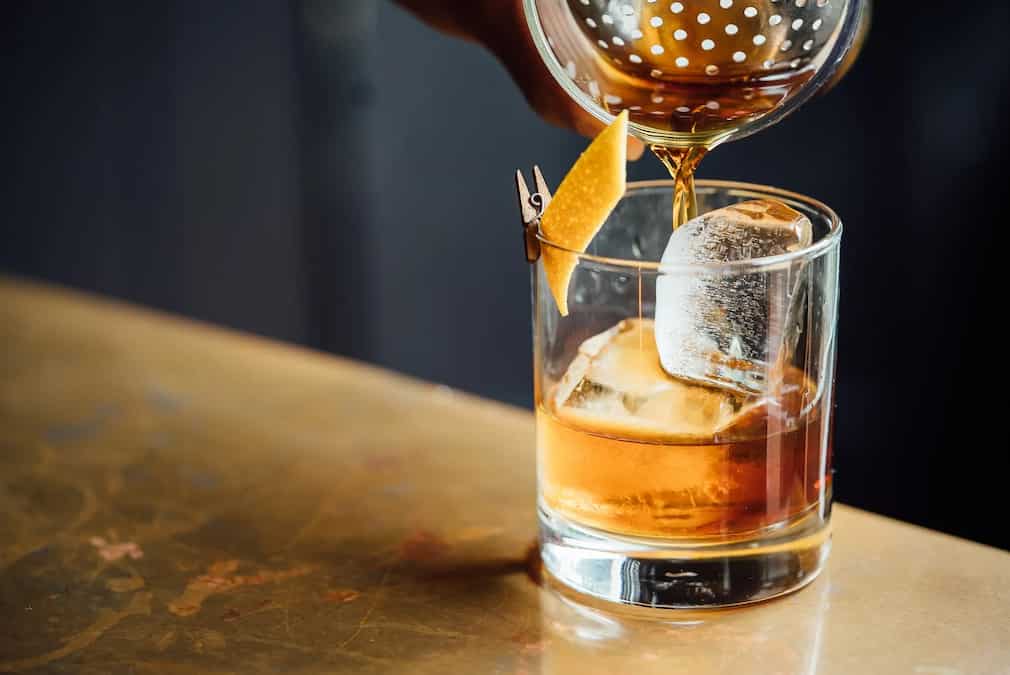 In the drinking world shrub (or drinking vinegar) happens to be one of the least known or talked about alcohol. This concentrated syrup that combines fruit, sugar, and vinegar sees much interesting flavor combinations. Apple cider vinegar happens to be the most common base for this drink and herbs and spices are often added to create interesting flavor combinations. This summer refreshing drink is a real delight. Contrary to popular belief, it was the Brits that first brewed shrubs (sorry to burst the American Dream bubble). Shrub, also commonly referred to as 'drinking vinegar,' has its origins in 17th century England, where vinegar was used as an alternative to citrus juices to preserve berries and other fruits for the off-season.

If you think why Vinegar The basic idea was to preserve the fruit for eating later when the idea of modern-day refrigeration was still to be conceptualised. Vinegar being an exceptional preservative, not just retained the flavors of the berries, but when this leftover product was mixed with water, it became the first-ever shrub. Initially popularised as a poor man's drink, the first mention of shrubs was in 1747 in The Gentleman's Magazine (London). Akash Devaraju & Noopur Porwal, Local ferment Co. says “During colonial times, shrubs became popular in the United States. It was only natural for them to survive there longer due to the onset of the Prohibition Era (the over decade long ban between the years 1920 and 1933 when as per the Eighteenth Amendment passed by the government of the United States, the sale, manufacture, and transport of alcohol was illegal). People believed that the vinegar had a kick to it similar to that first shot of hard liquor, and thus, shrub became a substitute for banned alcohol during the 1920s and early 30's America”.

Where do Shrubs stand today?

Meanwhile, the shrub has experienced a renaissance in the past few years as mixologists worldwide rediscovered old bar manuals and techniques lost during the Prohibition Era. It's an exciting time for bar enthusiasts like you and me. Bartenders and mixologists on a quest to incorporate the richness of fresh fruits into their drinks found their treasure in shrubs. There has never been a better time to bid adieu to artificially flavored, preservative-ridden fruit syrups and say hello to the all-natural cocktail mixer, the shrub. The acidity of the vinegar in shrubs provides tang, intensifying the flavor of the fruit in the same way that the acidity of lemons balances the sugar in lemonade. The depth and complexity provided by just a few ounces of a highly concentrated shrub are enough to take your average cocktail to a whole new level. And this paradigm shift in the use of natural cocktail mixers is here to stay. We see enthusiasm across the bar industry for handcrafted, uniquely flavorful, and sometimes even long-forgotten syrups and bitters.

Akash Devaraju & Noopur Porwal adds that they are just a fan of the fact that there's so much room to play around with drinks when it comes to shrubs. Rum, whiskey, vodka, gin, beer…you name it. Besides, you don't even have to like alcohol to enjoy a good ol' shrub. Top it off with soda or some ISH, and you're good to go.

Here's one of their favorite cocktail recipes with Shrubs ·        Pour the gin in chilled burgundy or wine goblet glass and top it off with the Raspberry, Ginger & Mint Jun.

·        Add a dash of Angostura bitters and garnish it with a ginger julienne or orange peel.

Jun Vs Kombucha – What You Need To Know

Why clarified cocktails are having a moment