Sana Khan Gorges On Some Traditional Arabic Food During Her Visit To Mecca: Do You Know What Mandi Is? Sana Khan took to Instagram to share a picture of her returning from Kaaba (the "House of God" in the sacred city of Mecca in Saudi Arabia) after offering the evening prayers. The Bigg Boss fame actress is seen in visiting Mecca with her Surat-based businessman Maulana Anas Saiyad during the Holy month of Ramzan. She has been pretty active on Instagram and keeps posting her daily updates.

In one of her recent updates, it’s seen that she is posted saying "We are back to our room because we have to eat our dinner,". She also happen to mention that the food was  "lovely food" that the couple had got for dinner. The meal was a traditional Arabic food mandi. This dish is much popular in Hyderabad, mandi is much like biryani, prepared with rice, meat and a special blend of spices. She also explained the right way of eating mandi. 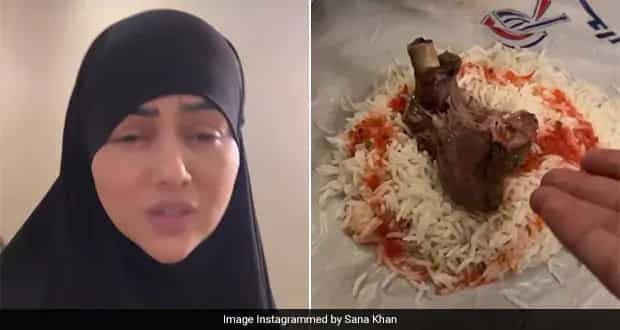 •    Spread the dastarkhwan (traditional tablecloth where food is eaten) on a flat surface.

•    Spread an adequate amount of spice-infused chutney (that you get along with mandi) on the rice.

•    Add kachumber raita on the top and indulge

Let’s go back and see how the traditional Arabic food Mandi originated.

This dish that supposedly originated in Yemen. Mandi, made from rice, meat like Lamb (Goat), Chicken, or seafood and sees a mix of spices that is called Hawaij. This dish gets its name from the type of rice called Mandi that originated in Yemen. Later this rice was known to various Gulf countries and then was also seen in Hyderabad, India. This  traditional dish that is offered on rare occasions like weddings, and more, today  there are many restaurants that are known to make exclusively this dish.

This Yemeni rice and meat dish usually see a young and small sized lamb is used so that taste gets much enhanced. The meat is first boiled with whole spices till it goes tender, and the spiced stock from the meat that is cooked is used in the rice so that the flavours don’t go waste from the stock. Both the rice pot and the meat is then suspended inside the Tandoor above the rice. It made sure that is don’t touch the charcoal.  The fluffy long grain rice and the tender meat comes as one of the best rice dishes. Being slow cooked in clay oven, both the meat and the rice gets this juicy tender texture. 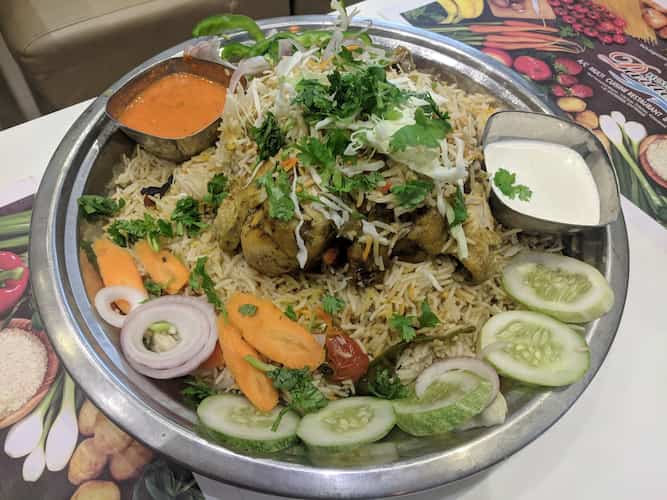 Also if you are wondering what is  hawaij spice mix is it’s a mix that is made of black pepper, cumin, turmeric and Cardamom, coriander, cinnamon, and cloves are all possible garam masala additions. Hawaij sees two types of blends: one for savory foods, and the other for coffee and desserts in Yemen, similar to that of pumpkin spice mix. Most restaurants make this mix inhouse or if you are keen you can pick them up from the market too.

Relish Some Shami Kebab This Ramzan By Chef Megha Kohli