Sake was developed a few hundred years after rice was first cultivated in Japan more than 2000 years ago. Served in ceramic pots at Japanese restaurants and bars, ready to be poured into tiny ceramic cups, sake has been a mainstay of Japanese culture since ancient times. Sake may be served hot or cold; the former makes a pleasant drink on a cold, rainy day, especially when accompanied with sushi.

Sake is essentially rice wine. It was developed a few hundred years after rice was first cultivated in Japan more than 2000 years ago. One of the earliest versions of the drink that was recorded was called kuchikami-zake. Kuchikami-zake required no machinery, but just strong teeth and jaws. Grains of rice were chewed and spat into a vat. Enzymes present in human saliva coupled with natural yeast produced a kind of alcohol. According to the ‘Kojiki’ or ‘Record of Ancient Matters’, more traditional means of sake were developed in the eighth century. In A.D 689, a brewing department was formed at the Imperial Palace in Nara. 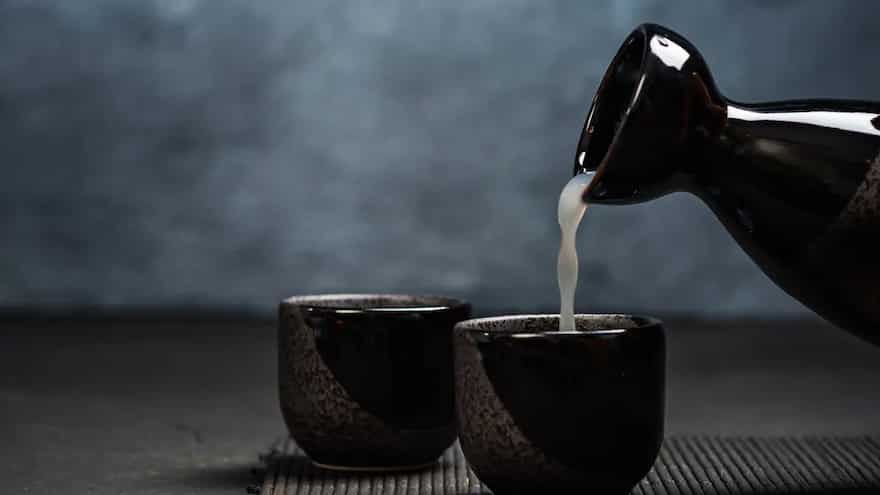 During that time, the brewing process was still unsophisticated: whole rice grains were used, including the brown outer parts. Around A.D. 1000, the koji-kin mould, which converts the starch in the rice grains into sugar, was cultivated and added to the macerated rice. Some aspects of sake brewing have been mentioned in The Tamon’in Diary, which is a record of daily temple life written between 1478 and 1618. These include the process of polishing the rice to remove the outer skin.

Sake wasn’t always clear and transparent as we know it today. In 1578, sake was filtered enough for the first time to make it completely clear in appearance. It then became the preferred drink of the Shoguns.

During the Edo period (1603-1868), sake began to be produced on an industrial scale. Polishing the rice was previously done by hand, larger scale sake production involved water wheels that drove rice-polishing machines. Kan-zukuri, which is the practice of brewing sake only during the colder months when weather conditions are optimal for its production, was established and continues even today. 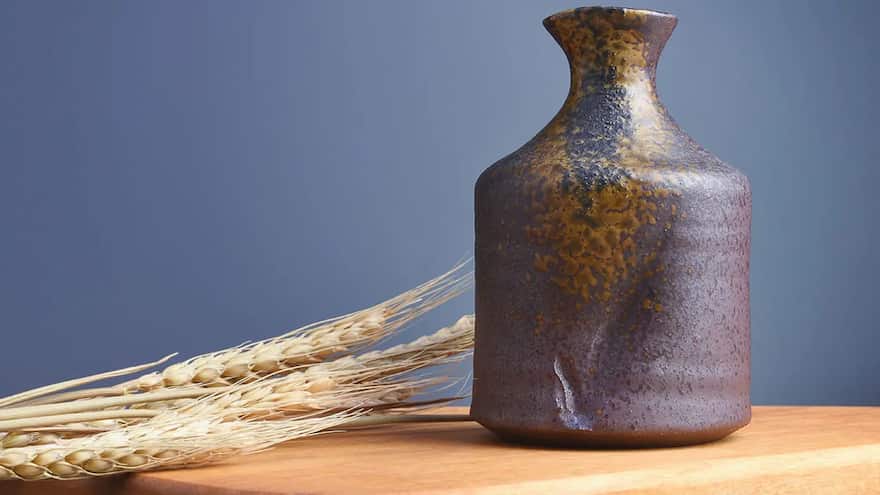 Hyogo prefecture in Kobe has been deemed the most important area for the production of sake. The region led technological innovation and bigger-scale sake production during the Edo period.

Premium sake, which has a high polishing ratio and very little distilled alcohol added to it, has become available only since the 1960s. Even with advancement in the technology used for sake production, certain smaller breweries still use traditional, age-old methods that require more human effort than modern production techniques. Hence, different sake is produced by different breweries. Experienced brewers are even able to gauge and control the flavour of sake. The drink is a reflection of their craft, and its production is no less than an art.