Rhea Chakraborty Is Loving Her Vegan Pizzas; 4 Recipes To Try At Home

Pizza lover Rhea Chakraborty seems to have a taste for vegan pizzas. From a VJ to an actor, Rhea Chakraborty has come a long way in her career. The actress began her acting journey with the Telugu industry and moved on to debut in Hindi films with Mere Dad Ki Maruti. While the Indian actress has been part of various controversies and news in the past, she is finally getting out of her comfort zone. The actress seems to be a pizza lover because she recently took to her Instagram handle to share a picture of a delicious looking pizza. Take a look. 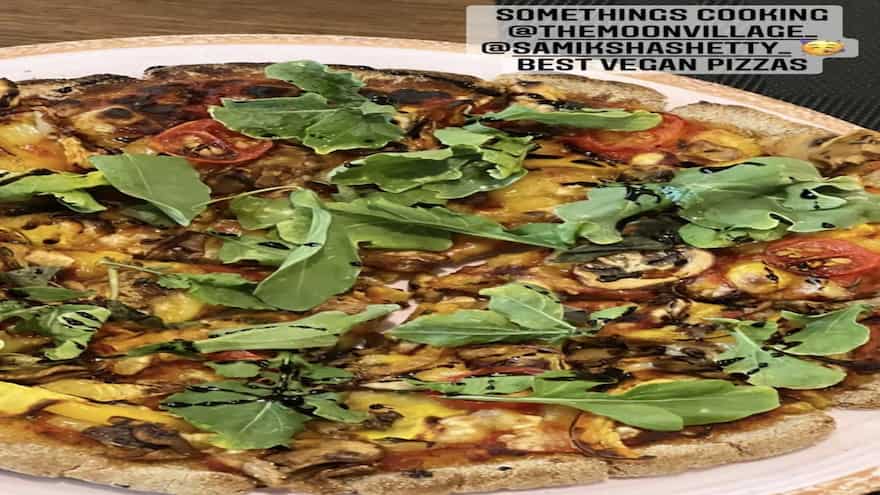 The picture is captioned saying, “Something’s cooking” and a couple of people are tagged along with it. She also goes on to claim that they are the “best vegan pizzas”. The pizza crust looks very crispy and it is topped with mushrooms, cherry tomatoes, basil leaves and more. Honestly, it looks very tempting and we are sure that you are craving pizza now. Don’t fret, we’ve got plenty of recipes for you to try.

Here are some vegan pizza recipes to nosh on this weekend.

The crusty base of the pizza is donned with a garlicky white sauce. This is then topped with zucchini, asparagus and cherry tomatoes. The cheesy layer of vegan mozzarella melts into the crust and toppings and rosemary sprigs for garnishing add a flavourful element to the dish.

Don’t like cauliflower usually? Maybe this vegan pizza changes your opinion and taste. Made with the crunchy florets of cauliflower, the vegan pizza has mushrooms, artichokes, sun-dried tomatoes and what not.

Did you know of a pizza that is cheese-less? Well, here is a recipe which can make it possible yet remain delicious. The pizza is topped with some pesto sauce and a bunch of heirloom tomatoes. This is then baked in an oven and relished to the core.

Who said that pizzas can’t be healthy? Seems like you haven’t got a taste of this whole wheat pizza yet. The base is dark brown and the fresh onion and garlic sauce is way better than the jar-packed one. A layer of vegan cheese along with mushrooms, bell peppers and red onions really spruces up the pizza on your plate.

Some Vegan Chocolates For This Chocolate Day

Going Vegan? Try These 5 Cheese Alternatives For A Hearty Meal