How about some garlic soup during monsoon. One sort of soup that uses garlic as a key ingredient is garlic soup. Sopa de ajo, or "soup of garlic," is a common garlic soup in Spanish cooking that includes bread, an egg poached in chicken stock, and seasonings such as garlic and sherry. As with egg drop soup, egg whites are occasionally whisked into soups in Spain. In Palencia, a traditional winter soup known as sopa de ajo is prepared by combining bread with pepper, water, and garlic. A raw egg is frequently whisked into the soup when it is served, and it is heated slowly. Both Castilian-Leonese food and Castilian-Manchego cuisine traditionally serve soup of ajo. White bean garlic soup, or sopa blanca de ajos, is a staple of Extremaduran cuisine. A head of garlic should be added to the recipe along with your choice of meat or vegetables to make one of the simplest soups you can cook. Monsoon season is a great time to relish soups in the evening. Pouring rain and cool breeze is the right time to enjoy a bowl of warm soup. Garlic soup is creamy and infused with strong spices that not only taste delicious but soothe your soul too.

Here's how you can make garlic soup at home-

9. Salt according to taste 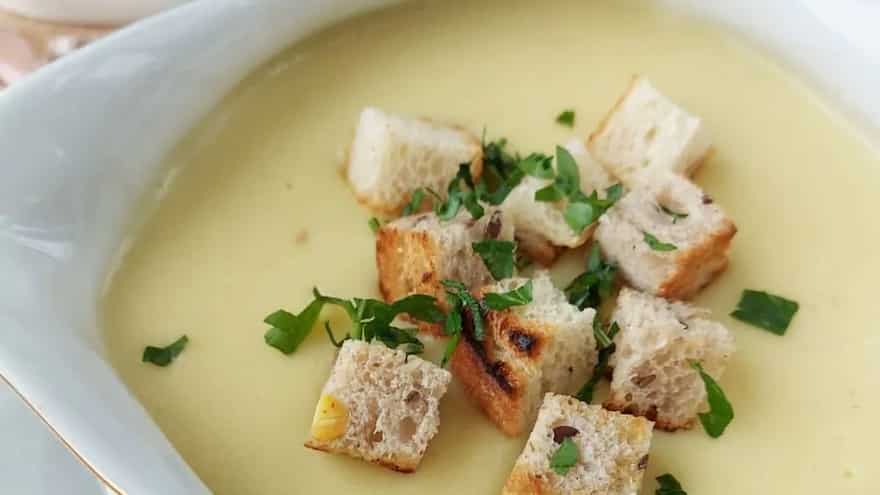 1. Butter should be heated in a skillet before adding the crushed ginger and garlic, onions, and other veggies.

2. Cook everything until the vegetables are just beginning to soften.

3. Water should be added in the desired amount. Add the head of garlic, some salt, and some black pepper.

4. Boil the mixture until everything is thoroughly cooked.

5. Mix 2 tablespoons of water and cornflour in a separate bowl. This slurry should be added to the soup once it has started to boil.

6. Eliminate the heat, then serve the dish with hot, croutons or toasty bread.

Beyond Garlic Bread: 5 Garlic Snack Recipes You Must Try