Poha Cheese Cutlet: When Poha Turns Into An Irresistible Snack The conventional poha cannot transform itself into a better avatar than the poha cheese cutlet. Yes, your everyday plain, healthy and promising poha breakfast can also turn into something magical like this, only if you are ready to give it a chance. Moreover, if you have been missing that lingering zingy taste in the evening snacks, here’s one. The savoury, light, biting and desi flavour of poha infused with soft mashed potatoes and exotic cheese is all that makes for an ideal snack.

Despite the great taste, it’s loaded with simplicity and ease of cooking. But still, oil and fried stuff bothering you? Well, unlike typical Indian evening snacks like heavily fried fritters and pakoras, poha cheese cutlets can be shallow fried with minimal oil. This crunchy hot delight utilises regular flattened rice flakes or poha known by various names, chiwra, chira, aval, and is commonly consumed in some or the other form throughout Indian households.

Poha cheese cutlets are a new invention and an Indian version of vegetarian cutlets. But cutlets, in general, have existed for a long time. The word cutlet has been derived from the French word côtelette, which was first used in the year 1682. The word means to form, coat and fry and rightly so, as cutlets traditionally refer to a slice of meat or vegetable dipped in egg, coated with bread crumbs and fried deep. 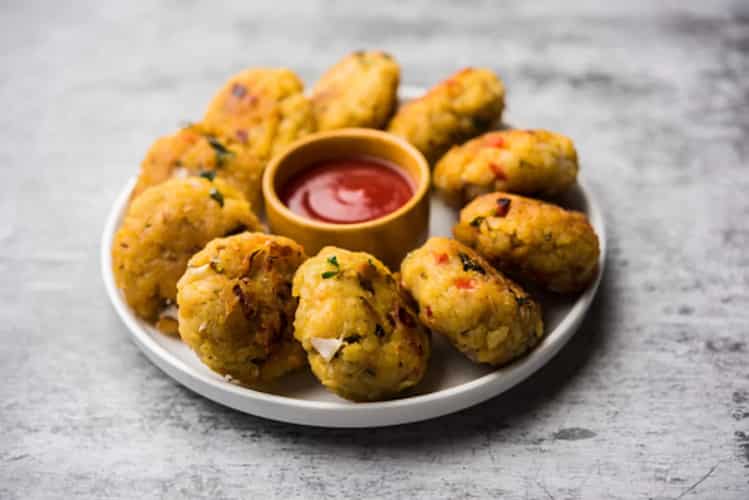 However, in the Indian subcontinent, the cutlets are made using potatoes and meat but are shallowly fried. The cutlet is said to have ventured into our country through Kolkata during the British era after Lord Amherst introduced potato cultivation in Bengal in the 19th century. The colonial cooks of those times used to mash boiled potatoes with minced meat to make a simple and presentable cutlet. Today, cutlets have found their way to almost all parts of the world with characteristic and region-specific variations. Here’s how you can make the poha cheese cutlets at home.

•    Strain off excess water by pressing poha with a spoon.

•    In a bowl, take the soaked poha and mashed potatoes.

•    Add coriander and chopped cashew nuts, and mix all the ingredients again with the spices.

•    Add grated cheese and knead the mixture into a soft dough.

•    Make small bowls from it and press them on the palm slightly to flatten and give it a round shape.

•    Shallow fry these in preferably a non-stick frying pan.

•    Give the food ordering platforms a break. Make yourself poha cheese cutlets, dip them in green chutney or tomato sauce and enjoy them abundantly with your hot cup of tea.