Plant Based Alternatives Are Good Or Bad, Know Here

According to research, eating meat made from plants may be good for our health and the environment The market for plant-based meat was estimated by experts to be worth over $5 billion last year, and predictions indicate that it will grow by 19% between 2022 and 2030. Additionally, it is estimated that the market for plant-based dairy substitutes reached $11 billion in 2020 and will reach $32 million in 2031. According to a recent study from the University of Bath, dairy and meat alternatives made from plants are healthier for the environment and for people's health.

Also read: It’s Time To Mock At The Meat

What is plant-based meat?

The first meat substitute goods came in the 1960s and were made of soy. Later, substitutes using TVP (texturized vegetable protein) also showed up on the marker. Today's plant-based meat substitutes closely resemble the texture and flavour of real meat by using components like soy, pea protein, oils, potato starch, and other binders and flavourings. With the first mention of soy milk in China some 2,000 years ago, plant-based substitutes for dairy products made from cow's milk got off to a considerably earlier start. Despite the fact that soy milk products are still widely used, they now coexist on store shelves with dairy substitutes produced from oats, rice, almonds, hemp, and coconut. Additionally, the range of dairy substitute goods available today has increased from just milk-type beverages to substitutes for yoghurt, butter, cheeses, and ice cream. 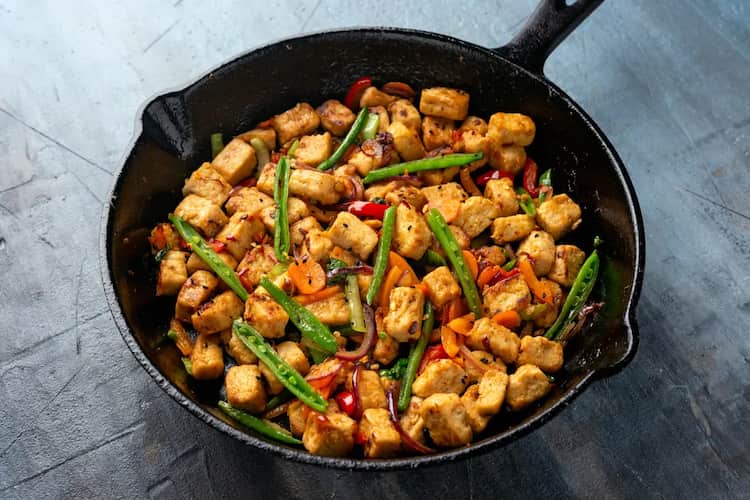 According to studies, 90% of consumers who consumed plant-based meat and dairy products also followed a flexitarian diet, which permits occasional eating of animal meat. Additionally, it was shown that consumers favoured plant-based meat substitutes that resembled actual meat in terms of flavour, texture, and cost. People who desire to eat less meat will find it easier to consume plant-based meat than full plant foods since it is a simple and practical approach to replace meat in dishes they are accustomed to. It is much simpler and, for many people, more enjoyable if you can still enjoy a burger or bolognese without having to create entirely new plant-based dishes.

The goal of this study, according to the researchers, was to look at the environmental sustainability and healthfulness of plant-based alternatives to animal products. Misinformation and misconceptions based on the notion that these items are ‘processed’ or ‘unnatural’ seem to be widespread when it comes to this subject. However, as the study shows, the data points in the opposite direction. Many individuals may have the sense that this means these things are unhealthy or terrible for the environment. Animal product substitutes made of plants are really healthier and more environmentally friendly than their animal counterparts.

According to the research, plant-based dairy and meat products consume less water and land, produce less pollution, and help reduce greenhouse gas emissions. In addition to being viable options for gaining muscle mass and losing weight, plant-based alternatives make it simpler to add components that have additional health advantages, such amino acids, vitamins, and antioxidants. By moving from chicken to mycoprotein, overweight patients will consume more fibre, feel fuller after fewer calories, and have a lower insulin response. Alternatives to animal products made from plants can also decrease cholesterol and improve gut health. These small changes can have a big impact on your health.