Picking On The Meaty History Of Kayastha Cuisine, One At A Time

While Kayasthas are a Hindu community on paper, their kitchens tell a different story Peeping into the kitchen, tantalized by the aroma of badam pasande, a 12-year-old Poonam Mathur used to look forward to Sundays when her mother would cook this rich and creamy yoghurt and almond stew. Growing up in a Delhi-Kayastha household, her food preferences were shaped by a mix of local regional flavours and the rich recipes passed down through generations. Today, she makes the same dishes for her family and reminisces the good old days. That’s the charm of Kayastha cuisine.

Also Read: Pasanda: Bringing The Royal Curry From The Mughal Court To The Lunch Table

You may not be able to locate this Hindu community in the Vedic scriptures but nevertheless, the Kayasthas span across Delhi, UP, Bengal and even Hyderabad. Tracing the roots of this community might not be a smooth sail, given the lack of historical records. However, personal accounts of food historians like Anoothi Vishal and Rana Safvi satiate our appetite for the same. A little background context tells us that the Kayasthas appeared early in the court of the Mughals.

Believed to have descended from Chitragupta, a renowned scribe associated with Yama, the lord of death, the Kayasthas were considered to be a highly-educated and learned caste with knowledge of various subjects and languages. The close proximity with the Mughals and the Islamic culture is what Anoothi believes to be a major precursor in shaping the distinctive cuisine of the region, as per her book, Mrs. LC’s Table: Stories About Kayastha Food And Culture.

Unlike most Hindu communities in India, the Kayasthas developed an inclination towards meat in the courts of the Mughal emperors so much so that today, the non-vegetarian fare of this clan is more widely-known. Be it the kacche keeme ke kofte, the melt-in-your-mouth shami kebabs or the fiery khade masale ka gosht, the use of whole spices and subtle flavours dominate the cuisine of Kayasthas till date. Chef Yashodhan Deshmukh, one of the few chefs who specialises in Kayastha cuisine brings forth an important point. He says, “In the Mughal era, most cooking did not involve the use of tomatoes and potatoes as they were not considered fit for royalty. This was passed down to the literate, scribe community due to which yoghurt and other souring agents are used in meaty dishes like Mussallam as well as vegetables”. This is not to say that the Kayasthas disregarded vegetables in the face of meat. 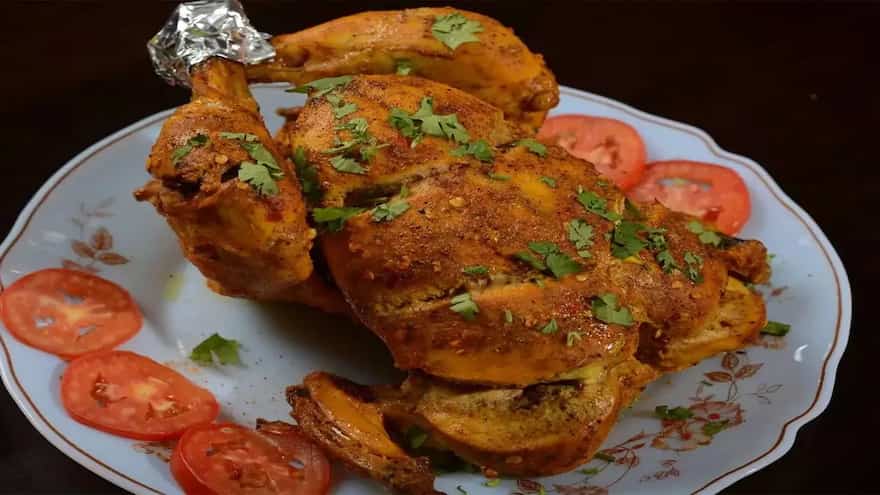 There is also a discussion around certain naqli dishes that Anoothi highlights in her book, while recalling her childhood memories. These include naqli kaleji ki subzi and naqli omlettes, which are a part of another well-known aspect of this highly-literate community’s cuisine, the faux non-vegetarian fare. The vegetarian dishes were cooked in the same manner as meat to yield similar flavours. Now, one may wonder why the vegetables were prepared in such a way. Although the women in Kayastha households made everything, from kofte to kebabs and yakhni pulaos for the men, they were largely vegetarian. In order to satiate the same flavours as meat, the women would dunk all kinds of seasonal veggies available into their koftes and make the same dishes in a naqli manner. While the vast vegetarian and non-vegetarian spread will always be special to the Kayastha families, it is the wedding and festive rituals that are very intrinsic to this culture. Poonam tells us about the special festive food cooked on different occasions. “On Teej, we prepare Khanpuri and Sewai at home. Khanpuri is actually a type of Kayastha-style gujiya. Filled with nuts, khoya and sooji, the sweet meat has a thin and crispy outer crust. Meaty dishes adorn the dining table on every festival with keema kaleji and gurde kapure as staples on the menu”.

The reflections of this community’s Muslim heritage is quite evident in not just the delicacies prepared but the cooking techniques too. Dum, bhuna and dhungar are the three standard cooking styles which are utilized for making meats, vegetables and more. Slow-roasting the vegetables or cooking them in their own steam was something that the Kayasthas borrowed from the Mughals. Gradually, they were left at the hands of the British where they adapted and incorporated certain styles of living and eating.

The idea of pairing “khaana with peena”, as Anoothi mentions in her book, was a trait that the Kayasthas picked up from the colonial rulers, as a consequence of which, you’ll find shami kebabs with a glass of Scotch on leisured evenings in these households. This is not to say that the all-encompassing fare didn’t hold its identity. In the face of several influences and rulers, the Kayasthas managed to keep the freshness and subtlety of their palette alive. This gets reflected in their rituals and customs too.

During traditional Kayastha weddings, a combination of saunf and gota is served to all guests. Throwing some light on this ritual, the Delhi Kayastha Poonam states, “Saunf and gota are mouth fresheners that are actually a part of the wedding feast menu. However, this dish is prepared at the bride’s house, to be distributed among the guests later on. This mixture is made of grated dry coconut, meethi saunf, soft and sweet supari, dhaniye ki mingi and colourful saunf”.

Moreover, the Kayastha’s fascination with achaars and mathris is quite interesting too. While these things are prepared at home during weddings and given to guests before leaving, the pickle jar at any Kayastha household is never empty. Anoothi’s accounts in her book, of a special red chilli achaar, spread over freshly-made mathris and eaten in the evenings are quite heart-warming.

It has also been suggested that the food-loving community has a deep connection with the Ganga-Jamuni belt, hailing as a sub-sect of the region. However, referring to it as a regional cuisine can be limiting. The Kayasthas have settled in different parts of the country, shaping their tastes, preferences and living styles according to the region while preserving their original identity. The Hyderabadi Kayasthas might emphasis more on dum phukt (slow-cooked) biryanis while the UP Kayasthas binge on their bedmi aloo with chhoti pooris for breakfast. 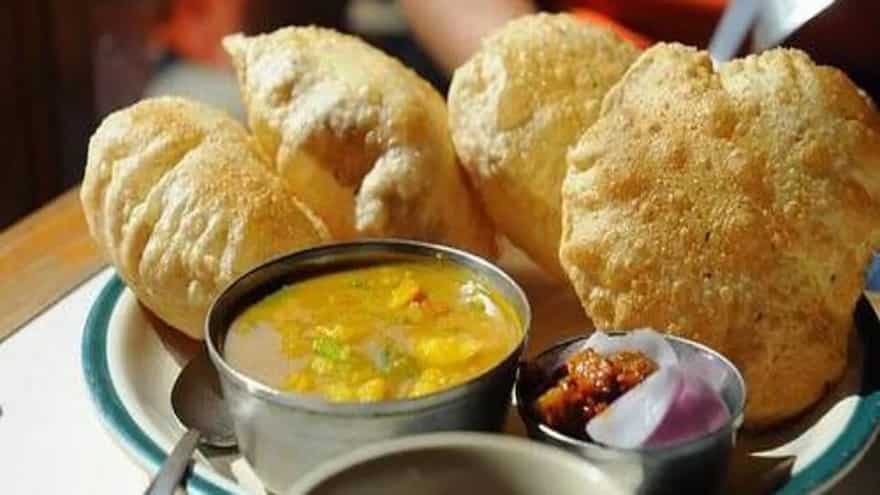 Given the vast diversity and richness of this cuisine, it is surprising to note that there are hardly any restaurants serving authentic food. In the same spirit, Chef Yashodhan runs a Kayastha kitchen in Pune, Maharashtra, called the Kayastha Pangat and is probably one of the few places dedicated to this cuisine in the country. “When the Kayasthas moved from West to Madhya Pradesh and Gujarat and later settled in Maharashtra, it was interesting how a mutton-centric cuisine started including fish in its fare. Known as the CKP i.e. Chandraseniya Kayastha Prabhoo in the region, you’ll find several fish dishes as part of the Kayastha cuisine there”.

The Ganga-Jamuni tehzeeb was just a precursor in this direction of carving a new sect in the 16th century. You might not be able to map the Kayastha community in the Manu Smriti or Vedic literature but their existence can be felt across the country, through their evolved cultures, customs, rituals and of course, the one-of-a-kind meaty cuisine of a Hindu community.