Nom Nom! Here Are 7 Of The Tastiest Breads From Around The World

German breads are truly delicious, and one of them is called pumpernickel.

We have to share this list with you. It’s about bread. Come, let’s explore 7 of the tastiest breads in the world. You might have your own personal favourites, and our list is based on what we hear and see daily. Perhaps, you find your favourite on the list too! These are the breads from around the world you need to check out —

Would you like to buy a baguette in one of the French villages? Take a walk through the tiny area, and you may find a small shop that will sell you a stick known as a baguette, which is a staple of French people. It is curved around the edges, and French etiquette dictates that it has to be ripped with the fingers instead of being sliced. They also like to soak it in mussel broth, rather than douse it with butter, unless you would like a sandwich. Another really interesting bit of trivia is that in Haute-Savoie, a vending machine is installed for people to buy baguettes.

Melted cheese and brown crispy texture, if you want to be stuffed, just eat garlic bread. This one might be messy to cut, rip and eat, but it is a joyride in the mouth. If you love the idea of trying new things, why not stuff the dip in the garlic bread, before baking it? Here's an interesting spinach artichoke stuffed garlic bread recipe video.

Are you one of those Subway fans? Do you have a pure love for focaccia? Well, focaccia happens to be one of the tastiest breads from around the world. Nowadays, it’s looking extra good, what with the new designs that people are carving on their focaccia bread, using herbs and vegetables. Have you tried making one yourself? It’s gold standard. German breads are truly delicious, and one of them is called pumpernickel. The bread has a robust flavour, and it goes exceptionally well with aged cheese. It is considered one of the healthiest breads from around the world, but it is typically heavy to eat. Nonetheless, it has a dedicated fan following. The bread is made with coarse rye flour.

You might think that Chinese steamed buns, also known as mantou, are typically prepared during the Chinese New Year, but Asians have taken the mantra of making a traditional Chinese bun around the world. You can make various shapes such as butterflies or animals, as each Chinese year is represented by one of the 12 zodiac sign animals. These buns are filled with a variety of fillings such as mung bean paste, coconut or minced pork with Chinese five-spice.

Turkish breads are famous in the world, and one of them is called simit or gevrek. It is a street snack sold in carts, just like the New York bagel. The simit is densely encrusted with sesame, poppy and sunflowers seeds. This crusty bread, shaped like a ring, will get you drooling! 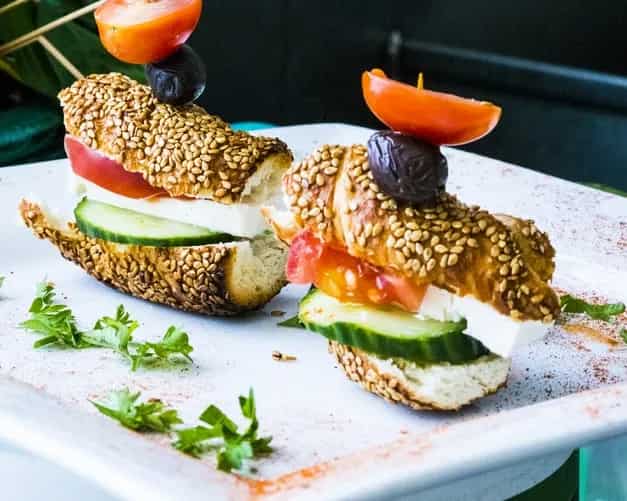 We hope that you enjoyed reading about all these yummy breads. Once you have tasted something from the list, do try to delve into the histories too! Are You Skipping Your Breakfast? Beware Of These Factors Easy Recipe: How To Make Refreshing Lemon Bread Loaf For A Delightful Summer

Are You Skipping Your Breakfast? Beware Of These Factors

Easy Recipe: How To Make Refreshing Lemon Bread Loaf For A Delightful Summer