Dhansak isn’t usually eaten on Navroz as it isn’t considered a celebratory dish. 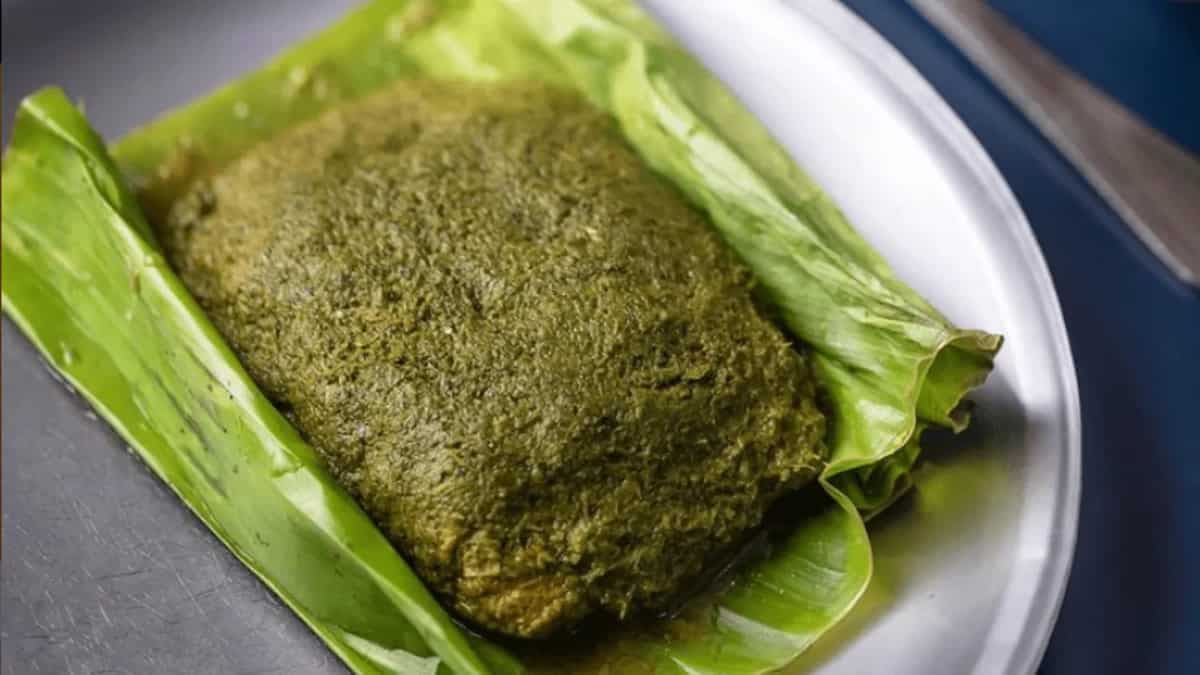 Falling on March 21 every year, Navroz is the New Year as per the Iranian calendar (‘nav’ translates to ‘new’ and ‘roz’ means day). The day holds great significance for Zoroastrians as they use it to mark the spring equinox. On Navroz day, Parsis traditionally set up a table with lamps or candles, and a plate with a silver coin, sprouted wheat, flowers, eggs, rosewater and sweets, and a goldfish in a bowl. The set-up is meant to symbolise prosperity and happiness. After prayers and the arrival of guests, Parsis indulge in a lavish Navroz feast that includes everything from patra ni machhi to ravo. Dhansak isn’t usually eaten on Navroz as it isn’t considered a celebratory dish. Here are five dishes that Parsis eat for Navroz:

Patra ni machhi is made by slathering fish (usually pomfret) with a coconut, coriander and green chilli chutney, and then wrapping it in a banana leaf and steaming it. The dish is a part of most Parsi celebrations like weddings and Navjotes. Opening up the banana leaf parcels that have fish inside is a culinary ritual in itself. The fish is slightly sweet, and mostly spicy and tangy. Eat it with a generous squeeze of lime juice.

Cooked curry-style, salli chicken is a chicken dish topped with salli or fried potato sticks. The dish has gone on to become synonymous with Parsi cuisine and is made regularly in Parsi households. Navroz is a great excuse for Parsi families and even restaurants to prepare salli chicken, which may be served with berry pulao or plain rice. It is often accompanied by saria (Parsi-style papad) and pickles.

Often compared to KFC’s fried chicken, chicken farchas as a quintessential Parsi snack. Pieces of chicken leg are dipped in batter and deep fried until golden. They work as a starter and also a side with curries or dals and rice. Farchas are also popular during weddings and Novjotes, but definitely a mainstay at the Navroz table. Irani cafes in Mumbai and a few Parsi restaurants across the country serve the fried favourite.

Fondly called mithoo dahi, sweetened yogurt is significant within Parsi culture. As a symbol of good luck, spoonfuls of sweet yogurt are fed to kids before they go off to write exams. All auspicious days are marked with dollops of mithoo dahi in Parsi households. A cousin of mishti doi, mithoo dahi is made with fresh milk instead of just adding sugar to yogurt. It cuts through all the spices found in Parsi food effectively.

An important celebratory dessert within the Parsi community, ravo is served on most festive occasions. It is essentially a semolina pudding for which semolina, milk and eggs are whisked together, cooked, and more milk is consistently added. Some recipes even use condensed milk and vanilla for added flavour. Dried fruits are dry roasted and added, too. The pudding is usually allowed to cool before being eaten.

Chef Anahita On Parsi Flavours, Her Journey And Her Book

A Beginner’s Guide To Parsi Cuisine