Muquawwiyat: Unearthing The Tale Of Sehat And Swad

The concept of Muquawwiyat, which combines sehat and swad in cuisines, was derived from Unani medicine Not all ancient culinary traditions have stood the test of time. While some have been passed and sustained over generations, retaining their essence, others are only seldom visible (if at all) in the culinary landscape. One such tradition that has stood the test of time, although losing a bit of its popularity with the masses, is Muquawwiyat (nutritiousness) - a concept of combining sehat (health) and swad/zaiqa (taste) in cuisines.

However, go back a few hundred years to the times of royals and nawabs, unearth the dusty scrolls of Unani medicine and its culinary applications or talk to the head chef of a prestigious hotel, and you’ll discover that sehat and swad were the quintessence of food.

Muqawwiyat is an expression that is considered an exquisite treasure in ancient Mughal cuisine. Although there is obscurity over the identity of its creator, partly to keep its origins secret, Muqawwiyat is credited to a Unani medicine specialist who blended medicine and food to forge a healthy, disease-preventing, yet delectable, culinary experience. Muqawwiyat focuses on the practice of cooking a category of energy-rich foods that offer both sehat and swad. 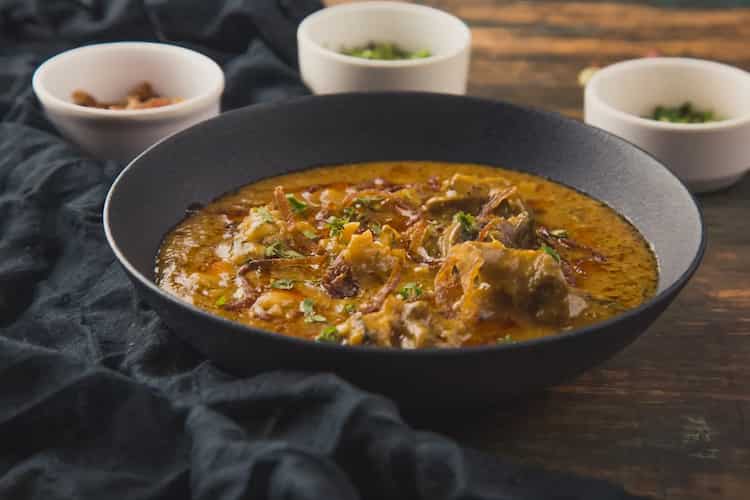 The concept of Muqawwiyat gained respect and popularity in royal kitchens that were tasked to please the nawabs and emperors with delicacies and maintain their health and vigour. Artist renditions of royal feasts with a spread of meats, vegetables, fruits, and drinks reflect the importance attached to food and health in earlier times.

Rich ingredients were the essence of Muqawwiyat foods, which were every so often slow-cooked for a number of hours to preserve the flavour, texture, and nutrition. A case in point is the Hyderabadi Nehari. The recipe entails boiling lamb or beef with salt to make a broth, into which a mixture of ground onions, black cumin, cloves, cardamom, ginger and garlic paste, and chilli powder is added. Tradition has it that the Nehari be put underground and cooked overnight, resulting in incredibly tender meat morsels and a highly nutritious dish.

The Hyderabadi Haleem is another recipe that blends sehat and swad. A staple during Ramadan when fasting may cause exhaustion, the Hyderabadi Haleem is made with meat, pounded wheat and lentils, spiced with turmeric and ginger and garlic paste, and slow cooked traditionally on an angeethi for over 10 hours. The outcome is a thick meat stew with an abundance of protein and carbohydrates and a taste that exudes culinary excellence.

Gosht Pista Korma is perhaps the most exotic Muqawwiyat dish. Its recipe was created by Hakim Dulare, the renowned herbalist of Mughal emperors. After the aromas of spices and Kabuli pistachios seep through cuts of lean goat slow-cooked on fire embers, the scrumptious meat dish enjoys a regal transformation when served with gold leaf.

It is unfortunate, though, that such recipes no longer see the light of day in their quintessential form. Their preservation is visible only in traditional kitchens, which are increasingly rare nowadays, and prestigious restaurants, with the mass kitchens overwhelmed by the age of fast foods. Small wonder then that laid-back, slow cooking is bygone, and the perfect blend of health and taste are missing from today’s recipes.

The legend of Muqawwiyat may still be around, but for how long remains the question.