Cooked in desi ghee and loaded with dry fruits, this one is an absolute melt in a mouth kinda experience. 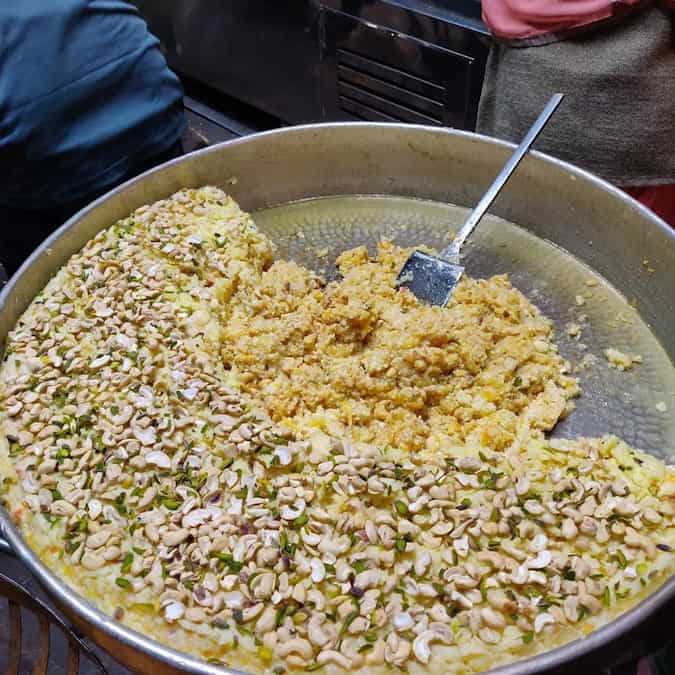 Come winters and most homes just smell of halwa cooked in desi ghee. He is lauki, gajar, badam, beetroot and what not, halwa makes for that quintessential winter dessert that every house must see in winter. It’s said that this handcrafted dessert first sees its origin in 13th century in Middle-East in the book Arabic Kitab al-Tabikh (The Book of Dishes) where Muḥammad ibn al-Ḥasan Ibn al-Karīm do mentions few varieties of halwa recipes. Tracing back the history the word Halwa comes from the word “Hulw” meaning sweet. Legends believe that the process of cooking halwa can be traced back to the Ottoman Empire

This so-called winter national dish of the country, halwa surely has seen quiet a journey and this dish called by different names like halava in Sanskrit, Halawa in Egypt, Makedonikos Halvas in Greece, and so on. 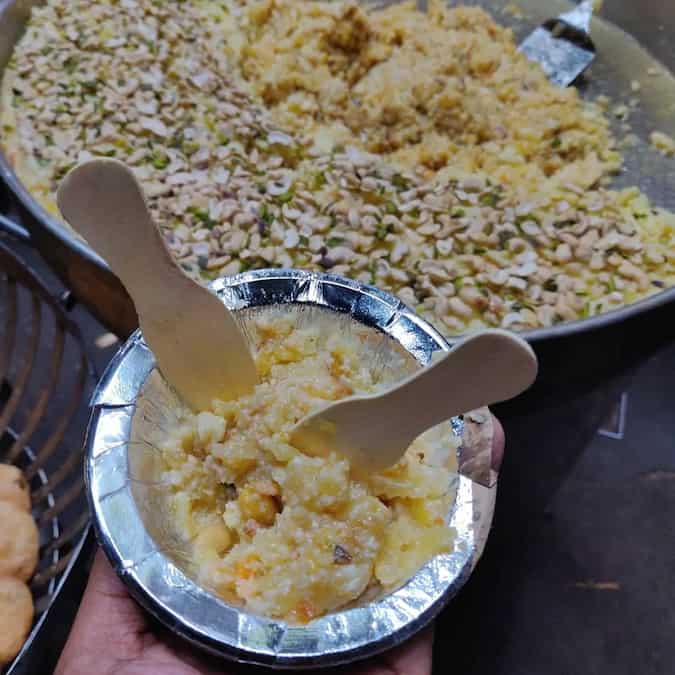 Amidst all the halwa that you see on the street of Delhi do you know the old dingy super crowded by-lanes of Old Dilli are famous for Safed Gajar ka halwa, yes you read it right. Near Jama Masjid, in the Chitli Qabar are there’s a very old shop which is known for serving Safed Gajar ka halwa. The shop Sheeren Bhawan, almost more than seventy years old shop, makes this dish every winter and sells it. Speaking to Alauddin, the current owners of the shops say “this halwa is only made in winter and is also less sweet. Once the carrots are peeled they are cut and soaked in water so that become little soft then out in a kadai with loads of ghee and khoya and cooked in low flame. This variety of carrot also doesn’t shrink when cook unlike the red variety. We have been making for years and this happens to be our speciality. Our carrots come from the farmers from Uttar Pradesh who grow this every season. Our shop is mostly known for this unusual halwa”.

Understanding what exactly is safed gajar we need to know that red carrot never existed until few centuries back. White carrots are the one who has less pigment and is low in carotenoid content. White carrots are very good for health. Eminent Historian Sohail Hashmi adds “Delhi sees this very own version of halwa that’s made with white carrot, yes and it’s not that common. It was though once upon a time. The red one that we see today is a result of partition with Punjabi refugees from Pakistan coming to India”. With 100gms costing almost Rs60-70, this halwa, loaded with dry fruits is an absolute melt in a mouth kinda experience. Loaded with flavours this one is super smooth and soft and it’s only in Sheeren Bhawan that you will find this variety. Made with pure ghee this winter delight is a real show stopper. Served till February, the owners of Sheeren Bhawan proudly claim that they cook all the halwa based in traditional methods that has ben prescribed by the hakims.

And yes, it’s not just that you get this unique dish here, you also get the most unique aloe-vera halwa, reshmi laddu and ghee kewar ka halwa too here.

Can You Guess Why Malaika Arora’s ‘Biggest Weakness’ Got Our ‘Halwai Mode’ On?