Mahi is the Persian word for fish. Before the British took over Bengal, Bengal had many rulers and some of their legacies remain alive through the cuisine they brought. Take Murshidabad for instance, in addition to being the city that gave us Arijit Singh, Murshidabad is a city replete with history and heritage. The ancient city was founded by Nawab Murshid Quli Khan, who once happened to be the prime Minister of Bengal Subah and was later promoted to the rank of Nawab.

By the eighteenth century, the Mughal empire was losing its grip over the subcontinent. The rivalry of Murshid Quli Khan and Prince Azim-ush-Shan, the viceroy of Bengal, became quite a scandal, so when the status of Mughal empire further deteriorated in the country, the Mughal King Farrukhsiyar promoted Khan as the Nawab to prevent things from getting worse. Nawab Murshid was now in charge to create a Princely estate that would be part of the Mughal rule.

One of the first things the Murshid Quli Khan did was shift the capital of Bengal from Dhaka to this new city that he named after himself, Murshidabad.  Situated by the banks of Bhagirathi, Murshidabad thrived under the rule of Nawabs, even becoming one of the wealthiest Mughal provinces during the latter half of the 18th century.

The Influence of Mughlai Cuisine On Murshidabadi Cusine

Needless to say, the cuisine of Murshidabad was heavily influenced by the Mughal culinary habits but the chefs were deeply conscious of the local produce and preferences as well. So, they adapted accordingly. Instead of beef and lamb, much emphasis was given to fish. It was difficult to imagine a feast without fish in Bengal, therefore the Nawabs were more than happy to indulge in the local and juicy fish produce.

Mahi Pulao, is a delectable fish pulao or fish biryani from the same Nawabi menu.  Marinated fish would be layered with rice and cooked in a pot, just like Biryani and served hot. Mahi Pulao is a delicacy from east that is still criminally underrated, despite our nation's collective love for biryani. 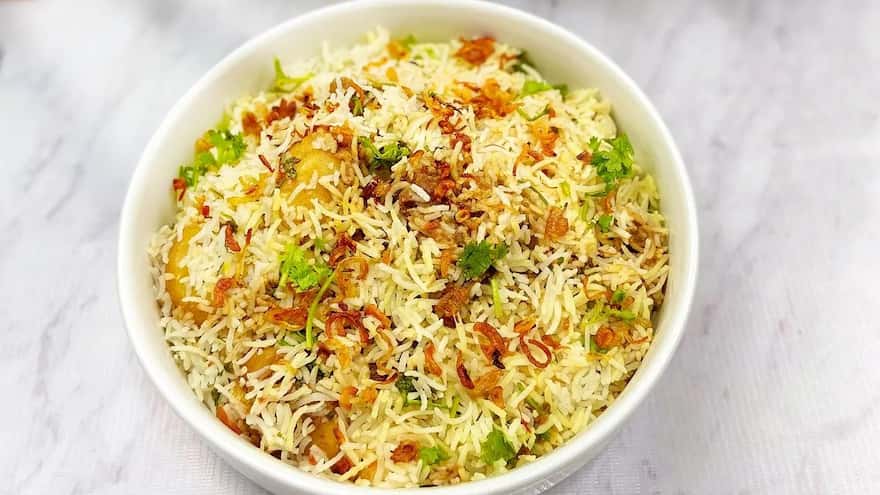 'Mahi' is the Persian word for fish. In this pulao, or biryani, fish is marinated with ginger, salt, red chilli powder for at least four hours. Post which the fish is fried until brown. Then rice is soaked and cooked with cloves, cinnamon, cardamom and other aromatic whole spices. It is not cooked till 100 percent, because it needs to cook with fish as well. Meanwhile, the fried fish is cooked with ghee, tomatoes, onions, yoghurt and other spices. This fish, along with the masala is cooked with rice with a drizzle of milk and zaffran (saffron) on dum.

Mahi Pulao or Biryani is replete with spices. Have you ever tried this gob-smacking delicacy? Do let us know in the comments below.

What Makes ‘Nolen Gur’ The Queen Of Jaggery In Bengal?