The six women brewers have come together to brew a specific beer representative of a common thought and to make this beer available in crowlers is also the first of a kind in India. With plenty of variety beers that are available in the market this one is surely making heads turn. With these bunch of women brewers from Bangalore who are all about “Ladies Who Lager” have come together as Geist has launched a collective that get’s these feisty, carefree women to brew the first beer. The 6 women brewers came together at the host brewery to brew a specific beer representative of a common thought and to make this beer available in crowlers in the retail channel, for the first time in India.

Brewed by a group of six women brewers from Bangalore, India namely: Vidya Kubher (Geist), Aishwarya Ritti (Barley & Us - a microbrewery consultancy), Kajal Manchanda (By The Peepal), Lynnette Pires (Seven Rivers Brewing Co.), Megha Dalimbe (Byg Brewski Brewing Company, Hennur) and Varsha Bhat (Mannheim Brews), this one is “not pink, sweet, “only for women" or glittery”. Geist, the brand behind South India’s first distribution craft brewery, is out with this beer that is Lager brewed with Strata hops, presenting flavour profiles associated with tropical, and stone fruit. And no, the beer isn't just for women - anyone who loves a good lager can enjoy. 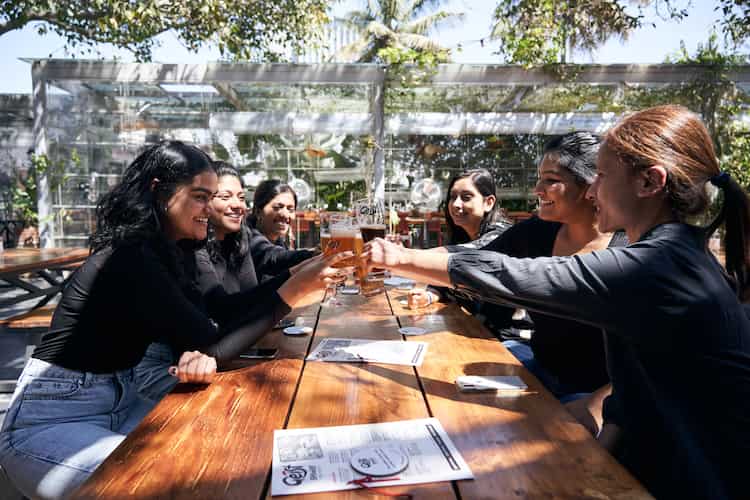 Geetanjali Chitnis, Head of Brand & Communications, added saying "Ladies Who Lager is an initiative by Geist to bring together a collective of women who brew beer, drink craft beer and/or are interested in celebrating craft beer. The idea is not to foster a feeling of alienation/discrimination by intentionally excluding anyone in particular, but rather to help facilitate the production of quality craft beer by a group coming together to intentionally produce a beer that anyone can fall in love with. The overall intention is to veer away from traditional notions of “craft beer for women” timed around this time of the year by underscoring that craft beer is for everyone no matter who it's made by. Beer made by women isn't just for women, and notions of this beer needing to have “overtly female” markers, being syrupy sweet in taste or a certain color are outdated. This first collaboration is between a group of women craft brewers based in Bangalore who have bonded over many things, including the often-asked crowd favorite: “what does it feel like to be a woman brewer?” (a question rarely posed to their male counterparts in the industry) In time, we hope for Ladies Who Lager to serve as a platform for women across industries to participate in a collaboration alongside experienced women craft brewers”. This is a relatively new hop variety with flavor profiles that include tropical fruit & stone fruit which lends itself very well to the style. The name naturally lent itself to the idea of embarking on a journey to achieve greater heights on a whole new level. Given the context, it can also allude to successfully pushing through barriers while on this journey. This gender no bar beer is all abut sipping and enjoying the brew.

From Mild To Strongest: Find Out The Rankings Of These 5 Indian Beers

Ace The Art Of Making A Root Beer At Home