As per Jain food traditions, eating after sunset is prohibited The diet of Jains, who practise Jainism, is vegetarianism. It is the strictest type of religiously motivated diet control found in India. The nonviolence (ahinsa, which means "non-injuring" in Sanskrit) concept is the foundation for Jain objections to eating meat and fish. Every action that a person takes to directly or indirectly encourages homicide or bodily damage is seen as violence (hinsa), which generates negative karma. Ahimsa seeks to stop the building of this kind of karma.

The degree to which Jains, Buddhists, and Hindus carry out this aim differs substantially. According to the Jain religion, nonviolence is everyone's most important religious obligation (ahins paramo dharma, which is frequently engraved on Jain temples). Liberation from the cycle of rebirth, which is the ultimate purpose of all Jain practises, depends on it. Jains share this objective with Hindus and Buddhists, but they take a more rigorous and thorough approach. Their meticulous and comprehensive application of nonviolence to routine tasks, particularly eating, defines their entire lives and is the most important aspect of the Jain identity. 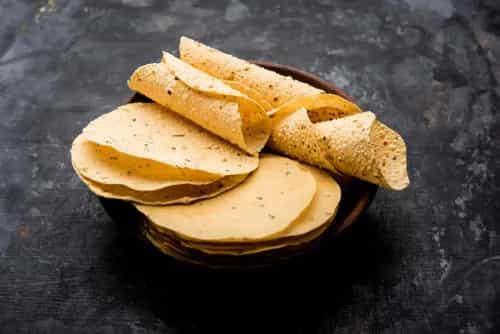 The practice of austerity, which is extensively emphasised in Jainism for both laymen and monks and nuns, is a side result of this stringent discipline. Therefore, their food practices include:

Lacto-vegetarianism, more commonly referred to as vegetarianism in India, is mandatory for Jains. Food that has even a small amount of dead animal or egg matter in it is completely unsuitable. Given that the manufacturing of dairy products involves severe violence (himsa) against cows, some Jain scholars and activists endorse veganism.

Jains make an effort to avoid harming even small insects and other small creatures because they think that harm brought about by carelessness is just as bad as harm brought about by malicious conduct. They therefore go to extreme measures to ensure that no tiny animals are harmed in the making of their food, as well as throughout the eating and drinking processes.

Jains have traditionally been forbidden from consuming unfiltered water. When wells or baolis were utilised as the source of water in the past, the filtering cloth was traditionally turned inside out and some filtered water was poured over it to recover the organisms to the original body of water. Due to the adoption of pipes for water supply, the practise known as "jivani" or "bilchhavani" is no longer followed.

Even with commercial mineral or bottled drinking water, some Jains still use the old filtering method when using faucet water today.

Jains go to great lengths to avoid harming plants as much as they can in their daily lives. However, they will only tolerate such violence if it is absolutely required for human survival, and there are specific guidelines for refraining from unnecessarily harming plants. Jains avoid eating root vegetables like potatoes, onions, roots, and tubers since doing so damages microscopic life forms, and because the bulb is seen as a living thing because it can sprout. Additionally, most root veggies require the entire plant to be uprooted and killed before consumption. whereas eating the majority of terrestrial veggies does not cause the plant to die (it lives on after plucking the vegetables or it was seasonally supposed to wither away anyway).

Since collecting honey would constitute violence towards bees, it is prohibited. It is forbidden to consume food that has begun to rot. Due to the fact that insects are drawn to lamps and fire at night, cooking or dining was traditionally banned. Jains who follow strict discipline swear never to eat after sunset (also known as anastamita or anthau).

Strict Jains avoid eating food that has been stored overnight since it contains more microorganisms (such as bacteria, yeast, and other creatures) than food that is cooked and eaten the same day. As a result, they only eat yoghurt and freshly made dhokla and idli batter that was made that day.

Because the fermentation process kills a lot of bacteria, Jains avoid consuming fermented foods (beer, wine, and other alcohols).

Jains abstain from eating any green vegetables (which have chlorophyll pigment), such as okra, leafy vegetables, etc., during several specific fasting periods in the Jain religious 'Panchang' calendar.

Heard Of Jaisalmeri Chana? Know Why It Is Special

Ever Heard About Dissociated Diet? Know How To Follow

Heard Of The 80/20 Diet? Things To Know And Follow