Karsk: An Ancient Cocktail That Is Infused With The Rich Flavors Of A Coffee

In a mood to try a unique cocktail? You are going to absoluely fall in love with the drink we have discovered for you this time.

Karsh is an ancient Swedish cocktail that is made up of hot coffee, a splash of alcohol and sometimes a spoon of sugar. Originally, Karsh was made with a high proof liquor called Moonlight. At present, it’s no longer prepared with moonlight as this liquor is illegal in some countries. Now, Korsh is blended with a dash of vodka which is infused directly with a freshly brewed hot coffee. Sweden and Norway are the two countries where the drink is mostly consumed and relished. Karsh is prepared in such a way that it tastes more like an original coffee drink. The name of the drink is derived from the Old Scandinavian adjective ‘karski’, meaning healthy, vigorous or agile. The precise year of origin and the birthplace of Karsh remains unknown till date. However, it appears that karsh was a popular drink in Sweden during the early 1800s. It slowly began to spread its roots and by the latter half of the century, its popularity spread rapidly across Norway. During ancient days, it was usually consumed by people living in rural areas and also the city folks. Even today, it's enjoyed in small parts of Norway. Karsh is firmly embedded as a part of the culture of  Trondelag, a country in Norway. In fact, it is said that everyone who has grown up in Trondelag has had Karsk at some point in their lives. There’s no way you can miss out on this great opportunity of getting a chance to try this cocktail. Here are the steps for blending it at home. 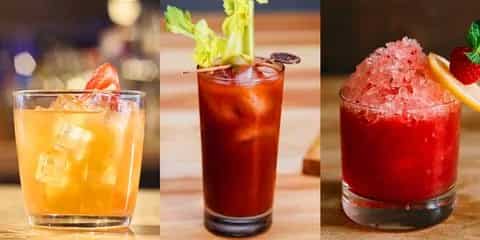 4 Vodka Cocktail Recipes You Can Make At Home

4 Vodka Cocktail Recipes You Can Make At Home