Backed by the idea of providing a balanced meal to all, the bento box of Japan is a popular lunch meal these days The concept of carrying lunch to school or work is not uncommon in Asian cultures. In India, the idea of a dabba or tiffin is equivalent to the bento box of Japan. Then what makes the bento special? Initially used as a box filled with rice, carried by farmers to the field, the bento box soon gained popularity and became a status symbol. The rich and elite class brought the best bento boxes to workplace and educational institutions but how did this transition happen?

The word ‘bento’ appeared during the 16th Century, where the word biandang (convenience) from the Southern Song dynasty, was used to name the box. The origins of the bento box can be traced back to 5th Century farmers, during the Kamakura period, where their seed box was used as a reference to compartmentalise the lunch box and pack a variety of things in it. Around this time, several countries like China and Philippines etc., picked up the concept and adapted it to their own culture.

It was around 1912 when the wooden and lacquered boxes were replaced by aluminium ones that bento boxes became a luxury. It is believed that post World War I, the great economic inequality in Japan grew extensively. Due to this, the difference in the kind of bento boxes brought by kids to school highlighted the economic status of their families. This started to create disparities among kids. 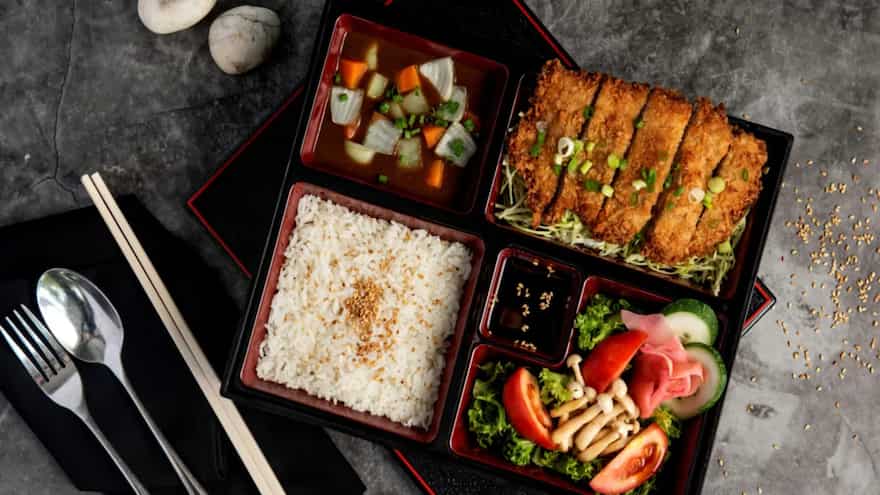 It was only after the World War II reconstruction that Japan introduced the idea of school lunches in 1954. This resulted in declining popularity of the bento box that resurfaced again in the late 20th Century. While the lack of prominence of these Japanese-style lunch boxes was due to shortage of food during the war, the resurgence happened with the onset of microwaves, TV dinners and convenience dishes.

Gradually, it moved to the US where Japanese-American sugar plantation workers introduced the concept. The bento box, today, is an amazing combination of nutrient-rich food items packed in sections of a box to satiate one’s appetite. What goes into the making of a typical bento box? The all-in-one lunch box contains rice or noodles as carbs, protein like chicken or fish and pickled vegetables in the third compartment. There are some fruit-based side dishes that are packed with it. You can spruce up your bento box in whichever way you like, including desi Indian flavours, if you please.