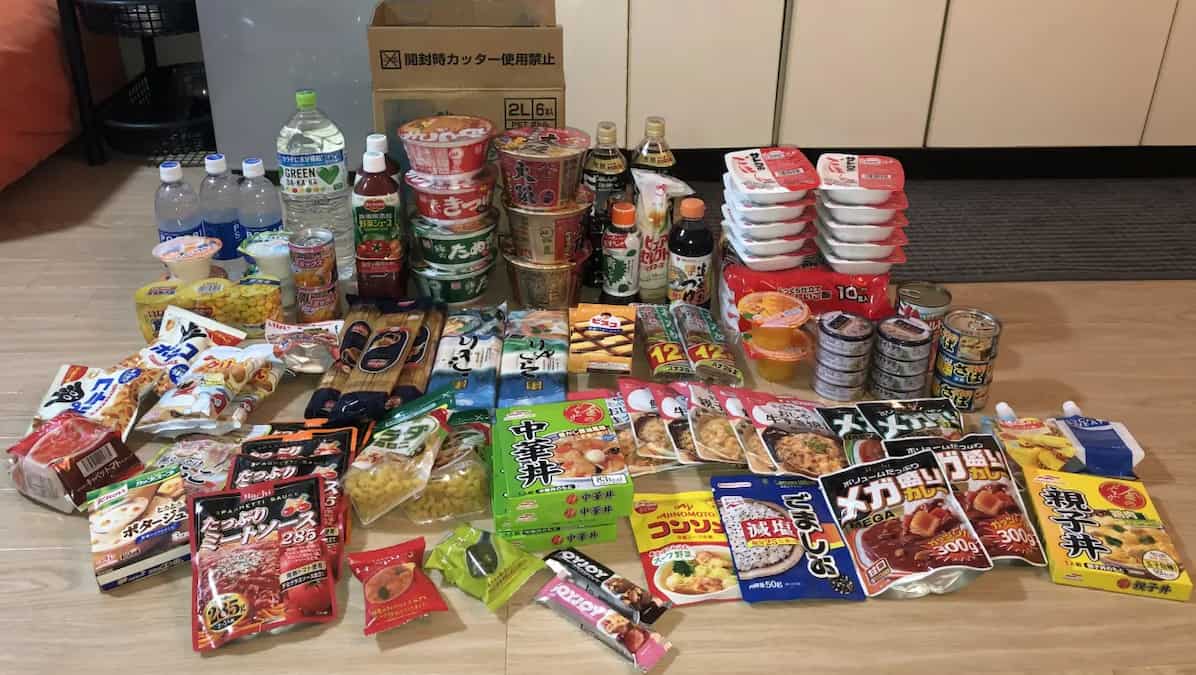 The surge in Covid-19 cases has put us all on alert all over again. With the new variant spreading rapidly across the world, the governments are coming up with fresh guidelines, schemes and programs to minimize the cases, and help the citizens. In one such amazing program winning the internet today, Japan Government is distributing care packages among the people who have tested positive for Coronavirus and are quarantining. A picture of one such care package has gone viral on social media,  garnering praise from people across the world. Shared on Reddit by a user whose handle goes by the name 'FriedCheesCurdz', the post featured a picture of a big care package sent over to the person, after he was tested positive.

"I got tested positive for covid a couple days ago. Every morning I get a phone call that requires me to update how I am feeling that day in regards to temperature, symptoms, and oxygen levels. They asked me if I wanted to stay in a hotel to which I declined since I live alone. They then asked me if I wanted food to be sent to my house, to which I agreed (it was free)" wrote the user in the caption.

As per the picture, and as per a reply the user gave details of what all it had. From multiple boxes of noodles, Japanese curry, beans, coffee, electrolyte water, fruits to instant rice and chips, the package seems to cover a lot of it. “This care package was not what I expected however. I am not sure if it's identical to what others who have tested positive in Tokyo have received," the post further read. Take a look:

The post went viral in no time, garnering 113k upvotes (likes) and more than 4k comments. "I look at this and I think "damn, I should move to Tokyo and get COVID" and then my other braincell started functioning," read a comment. Another hilarious comment said “This is the entire Japanese section in an American grocery store.”

Another user mentioned, "To add for the Hotel option: I'm currently in mandatory quarantine for returning to Japan. I get a higher quality bento and a water bottle three times a day to my door. Unfortunately, I have no option to warm it up, but it's still tasty. Phone calls are the same. The room is very small but I have a nice view outside."

Adding to this, the picture initiated a whole lot of discussion about governments' schemes and programs from around the world. Most of them complained about how in their respective country, governments aren’t doing this much, one tweet by a Twitter user name Dr. Lucky Tran stood out where he shared the picture of the care package on Twitter and wrote alongside, "For those saying "there isn't much more the US government can do," look at what someone in Japan gets sent when they test positive for COVID so that they can recover and isolate."

The tweet itself received more than 25k likes and hundreds of comments. In the comments section, a Twitter user from Japan even shared an unboxing video of the package he received from the government. Take a look:

What do you think about Japanese government's care package? Let us know.

6 Of The Best Japanese Restaurants In Delhi

Sashimi: A Popular Japanese Delicacy That Is Worth Trying

Tele-Taste TV: Japan’s Latest Invention in the Food Sector Has Left Us Stunned