It Is Lucknawi Biryani Over Abs For Ananya Panday: 5 Lucknow Special Foods You Must Try

When you are in Lucknow, it is next to impossible to leave without trying out the delicious food the city has to offer. Actress Ananya Panday who was last seen in Shakun Batra’s ‘Gehraiyan’ was in Lucknow recently for the promotional event of a popular shoe brand that she endorses. Ananya, with her Hailey-Bieber-inspired hairstyle distributed some of those swanky sneakers to those who had come to attend the event. Soon after the event, Ananya Panday bid a special good bye to her abs. Why, you ask? That’s because one of your most favourite fitness icons also happens to be a great food buff. And when you are in Lucknow, it is next to impossible to leave without trying out the delicious food the city has to offer.

If you recall, when actor Varun Dhawan celebrated his birthday in the ‘City of Nawabs’ recently, his ‘special birthday menu’ boasted of some choice delicacies you associate with Lucknow, like Galawati kebab, Dahi kebab, Shorba etc. Now when Ananya Panday was in the city, even during her short stay, she managed to sneak out for some biryani. In her Instagram story caption she wrote, “Goodbye abs! Time for Biryani”. And it wasn’t just Biryani, in the next story that reshared, Ananya can be seen in a restaurant. Her friend Stacy Gomes had written a caption, “Lookin like a Tunday Kebab”, to which Ananya replied, “I don’t seek attention, I seekh kebab”. Quite an interesting wordplay there don’t you think? 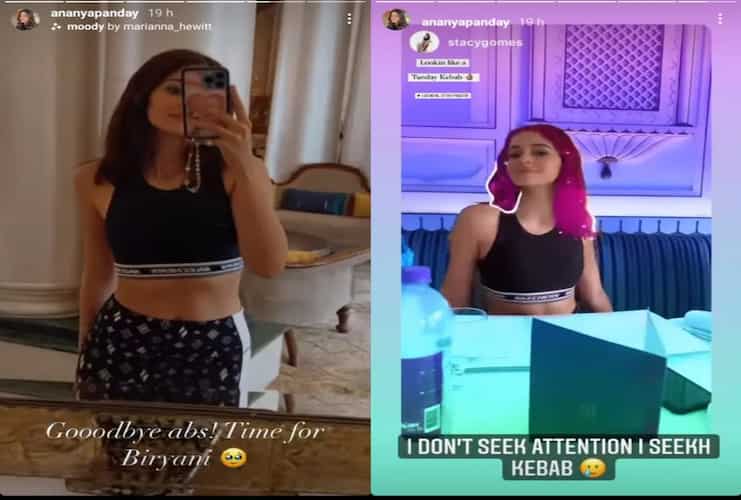 If you are planning to visit Lucknow anytime soon, make sure you do try out these delish treats

This fragrant biryani is made with long grain basmati rice, and here the meat and rice are prepared separately and then cooked together on ‘Dum’, a sealed pot. The ‘Dum’ cooking technique lends a smoky flavour to the biryani. Replete with whole spices, this biryani is a one-pot wonder you do not want to miss.

It is said when a Nawab lost all his tooth, it was difficult for him to enjoy his kebabs, so his Khansamas had a tough task at hands, to make kebabs that didn’t require much chewing. And this is said to be the origin story of galawati kebab. Tenderisers like raw papaya or mango are used to make this meaty kebab even softer and lend it, its characteristic melt-in-your mouth texture

These kebabs also appear like galouti kebab, what is different however is the spice blend, which remains a family secret. ‘Tunday’ in Hindi means ‘limp’, since they were made by a limp man named Haji Murad Ali, in the Lucknow’s Gol bazar area, they came to be known as Tunday Kababi.

India’s answer to the devil eggs. Nargisi Kofta are boiled eggs that are wrapped in mutton keema and then cooked in a thick curry. They are best paired with sheermal.

‘Tokri’ or ‘Basket Chaat’ is a unique chaat of Lucknow in grated potatoes are shaped and fried to resemble a ‘basket’. This little basket is then filled with yogurt. Chaat masalas, chutney, pomegranate seeds and what not.

Where to find the best iftar offerings in your city