Is The Secret To Nayanthara’s Fitness Hidden In This Smoothie? Actor Nayanthara is an inspiration to many. She took the internet by storm when she got married to filmmaker Vignesh Shivan on June 9. The couple’s dreamy wedding pictures went viral, and fans could not stop gushing over how beautiful the actor looked.

After making a mark in the Tamil, Telugu, and Malayalam film industries, Nayanthara is set to make her Bollywood debut with Jawan, opposite Shah Rukh Khan. Over the years, she has impressed her fans with her choice of roles, sense of style and fitness. Nayanthara follows a strict diet that covers all her nutritional needs. After all, working out and exercising will go in vain if you do not follow a proper diet to support your training regime. And we now know a secret of Nayanthara’s diet, revealed by none other than her nutritionist Munmun Ganeriwal.

The celebrity nutritionist recently shared a favourite recipe of one of her actor clients, but there was a catch. She did not name the actor in her post and simply said, “To know who she is, check out its recipe in my book, Yuktahaar: The belly and brain diet, in Chapter 10.” Well, to save your time of actually checking out the book, we’ve got you all the details. The actor is none other than Nayanthara, who according to Munmun’s book, is in love with her recipe for coconut smoothie. And that’s not it, according to various sources, the coconut smoothie is also Nayanthara’s go-to breakfast drink. 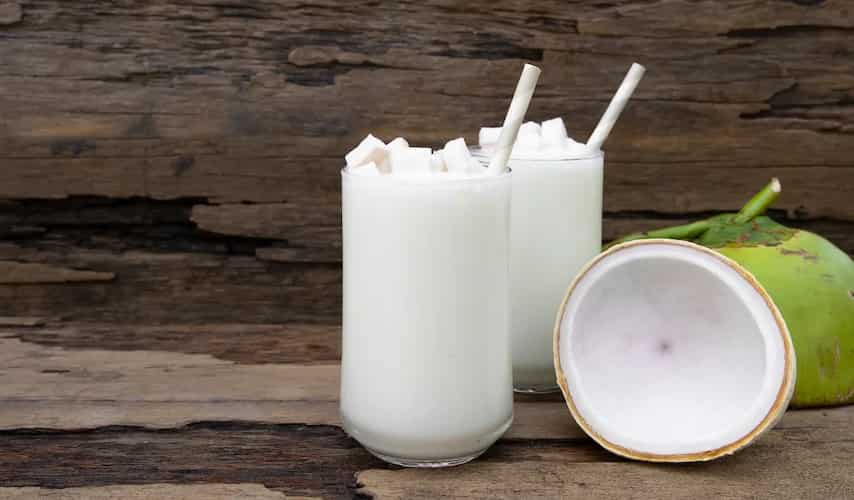 Want to include Nayanthara’s favourite smoothie in your diet too? We’ve got the recipe right here:

A pinch of cinnamon

A pinch of cardamom powder

. Blend until smooth, and there are no lumps.

. Now transfer to a glass and sprinkle cardamom and cinnamon over it.

This coconut smoothie isn’t just delicious, but is super healthy too. A great source of fibre and manganese, this smoothie can help keep digestive issues at bay, boost metabolism and strengthen immunity. Interesting, isn’t it? .

Deepika Padukone’s Food Habits That Are Worth Bookmarking