International Beer Day: Get Your Hands On These Rice Beers from North East

International Beer Day is celebrated on the first Friday of every August. Thinking of a relaxed Sunday afternoon and the first thing that comes to your mind probably is a mug of chilled beer enjoyed with close friends or relatives. International Beer Day is here and we must appreciate how beer has become one of the most widely-consumed alcoholic beverages today. Though beer is generally associated with English pub culture, we also have desi rice beers in different parts of India. North East is indeed a gem with untouched beauty. Apart from its lush greenery, North East is a habitat for amazing drinks, many of which are hardly known. If you are adventurous enough and looking to go beyond the regular and craft beer available elsewhere, North East is the place that needs to be on your bucket list. On the occasion of International Beer Day, we have brought a list of rice beers from North East that you definitely cannot say no to. See yourself!

One of the costliest rice beers in Tripura, Chuwak is freshly brewed using fermented rice. Pretty famous for its unique taste as well as aroma, this rice beer is also known as Langi as they are served in earthen pots. This Tripura’s signature beverage takes three to five days in getting brewed properly. Prepared by local tribal women, this drink is consumed on special occasions. This white-coloured rice beer is made up of rice, barley, and millet grains. Chhang is a popular drink in Nepal and Tibet but is also consumed by North Eastern communities like Sherpa, Magar and Tamang. Chhang is stored in bamboo barrels called ‘dhungo’ and is drunk from a bamboo receptacle using a bamboo pipe. Though has a lesser alcohol content, this beverage is generally drunk during winters.

Apong is a traditional rice beer of Assam and Arunachal Pradesh. This traditional rice beer is of two types i.e. Nogin Apong and Poro Apong. While Nogin Apong, also known as Mishing Apong, is white in colour, Poro Apong has dark-brown colour and is known to have medicinal qualities because of having higher mineral content. It takes three months for this beverage to get prepared. Known for its sweetish malty taste, Apong has a reputation for being quite a potent drink.

Zutho is a rice beer of Nagaland and is available in different levels of potency based upon the level of the fermentation process. Made of sprouted rice drain, this beverage is typically prepared by the Mao and Nagami tribe of Nagaland. Zutho, brewed in Kohima, has popularity because of its sour taste and fruity aroma.

Lau Pani is a typical rice beer brewed in Assam by Ahom tribe. This rice beer is often prepared during special occasions like marriages and even funerals. For Lau Pani, rice is mixed with dried herbs, spread over banana leaf, and cooked in earthen pots. It takes a time of three to five days in getting ready.
Bitchi is a traditional rice beer found only in the Garo hills of Meghalaya. This beverage is an utmost necessity for all religious ceremonies of the Khasi and Jaintia tribes. It is of brown and gold colour and known for its sweet and smoky flavour.
One of the smoothest rice beers in North Eastern regions is Yu beer. Best known for its unusual sweet and bitter taste, it is prepared by the Meithi community of Manipur. Yu beer is offered to deities and is considered good for medicinal purposes. This too is prepared from fermented rice and takes three to five days in its preparation.
This rice beer is one the most celebrated and popular beverages in the North East. Consumed across Dimasa dominated region of Assam’s North Cachar hills and Nagaland’s Dimapur, this drink has also got a GI tag. Moreover, the community that also hosts the Judima festival at Haflong to popularize their indigenous drink. 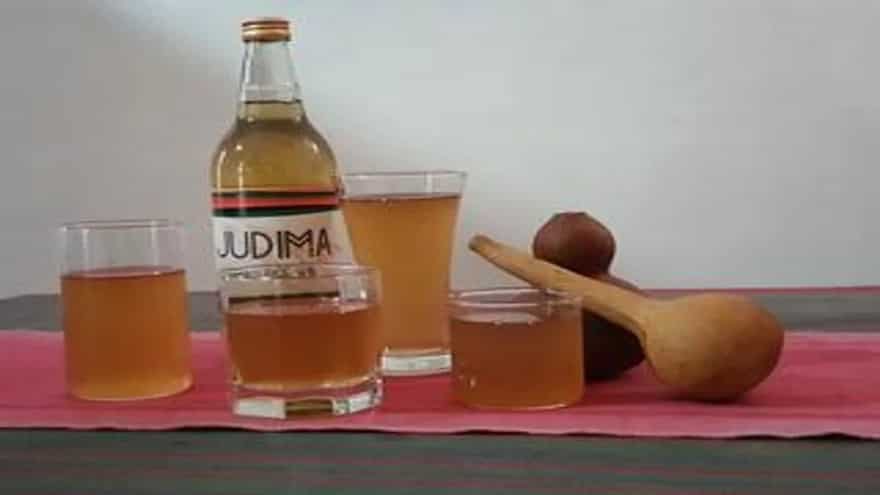 This traditional rice beer from Arunachal Pradesh is made with local leaves and herbs that are sun-dried and turned into powder. Prepared by the Adi-Galos tribe in Arunachal Pradesh, this rice beer is sealed in a container with a local leaf called oko. It takes about 20 minutes to get this drink this prepared.
Sujen is a traditional beer prepared by the Deori tribe which are the oldest settlers in North East. They mix rice with local herbs and ground them in a wooden grinder called ‘dheki’. Then fermented in earthen pots called ‘dishoh’, this drink gets ready in five to seven days.
Let us not wait anymore and celebrate this International Beer Day by having some unique and lesser-known rice beers in India. Also, let us know if you know any other such unique rice beer known for its taste.