Indigenous Spirits That Are Entering The Cocktail Space

These local spirits like Toddy, Feni, Mahua and more off late have caught the fancy of mixologists. The cocktail menu looks like getting a revamp makeover with the entry of Indigenous liquor. Recently at an event in Delhi I happen to taste a Mahua cocktail called Mahua mist. With the mild hint of mahua in it, this one was absolutely refreshing. This was great eye opener for me as to how Indigenous or country alcohol are making their presence in the bar space. 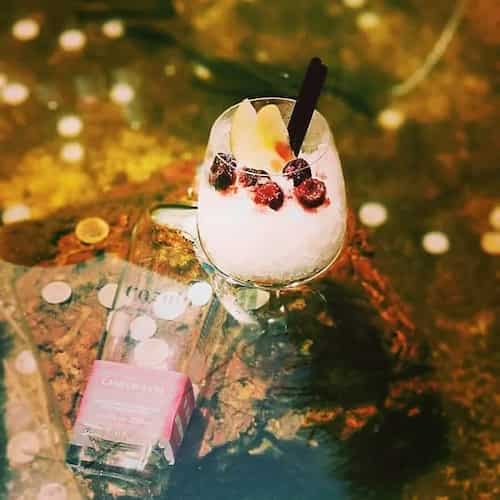 From time immemorial these country liquor be it mahua, feni, or toddy where served directly to guests and was also known to have been made space in most tribal or Advasi homes. They were not sold of the rack in shops. Being locally brewed at home it was always a home run affair. Amongst all these indigenous sprits Mahua is technically the only flower, which is fermented for alcohol. These local spirits off late have caught the fancy of barmen and mixologists too.

What is heritage liquor

Indigenous alcohol or country alcohol or heritage liquor like  Feni, Toddy, Rice Beer, Mahua and more have always been the choice of tribals or locals of a particular area. Locally brewed these were consumed primarily by those who were living in the habitat where the raw material came from. These local alcohols were always produced in small quantities and shared amongst themselves. The Adivasi tribal homes were where this alcohol was found as unrectified spirits disnt really need a license to be produced. One of the hot selling liquor being Mahua, it’s the plant bears a sweet-smelling flower and fruit that has been used to cook in many varieties of food. The flowers are also known to produce an indigenous liquor that comes from mahua tree flowers and has got the status of heritage liquour. Mahua always had the reputation of yielding liquor and intoxicating substances. And not to miss it’s very commonly used by the rural communities mainly of Odisha, Chattisgarh and Madhya Pradesh. Even the seeds are used to make oil. Each part of this plant thus comes useful. The tribal communities of Maharashtra, Madhya Pradesh, Odisha and Andhra Pradesh think of themselves as the guardian of this drink. Even till date many homes in Bastar has that pot which is used for distillation. It requires much knowledge and practice to turn the flower into a potent spirit.

Going Local at the Bar

Nitin Tewari one of the ace mixologists in the country who during an event at the capital created really refreshing Mahua cocktails says “yes it’s my first time that I created something with mahua. I always the idea to take local and present global is fantastic and in this mahua got introduced to many who didn’t know or hadn’t tasted earlier. It has it’s own character and adds that extra body to the drink”.

These potent alcoholic drinks may not fir the fancy bottle but sure is loaded with pro- and pre-biotics, all thanks to the fermentation. The seeing the growing popularity of these country liquor brands like Cazulo and DesmondJi DJ Mahua Liqueur have been started to be bottled and sold across the rack in shops. Yangdup Lama, bartender, bar-owner, entrepreneur, author and mixologist further adds “All the local indigenous alcohol like Feni, Toddy and others were always preferred to have direct as it is. I first had Mahua at Kanha National Park, I had just had it with Limca and it tasted great. While presenting or bringing the local alcohol to the urban table it’s also important to educate the people across the bar. All these liquors are mostly heavy bodied and so one need much expertise while preparing a cocktail with them.  They might look easy but it’s also easy that one might go wrong with them”.

Be it the bottled Mahua or the Feni they are still finding their loyalist. In India’s traditional alcohol beverages graph we get to see recipes that have come down generations and follow the same process. Hansel Vaz - Founder Cazulo Premium Feni is of the opinion that “I am seeing that people have suddenly developed a taste for local spirit as this brings in a new level of excitement as they most thing these give a facelift to the bar. All these spirits have never been mass produced and hence catching the attention too. Also, what gives Feni a little higher notch is that it was never really classified as tribal drink rather it was much local. Not many know that there are 26 types and not just coconut and Cashew. It’s important that one should need to understand how you gonna mix it. Feni could qualify as the 7th spirit in the world. I personally would recommend a Feni negroni it’s simply unimaginable”.

With these heritage spirits taking the main shelf sometime soon, the alcohol game may soon see a makeover, till then raise your spirits high with happiness.

Alcohol: The When, Where & How

Raise The Bar With These Highball Concoction