Dinner is one of the most important meals of the day. Indian cuisine is all about delicious food, from Chicken Curry to Mutton Biryani to Navratan Korma. However, experts warn that eating a heavy meal late at night can be hazardous to one's health too. When you eat a late dinner, that is after 8 pm, you may experience digestive issues, stomach irritability, high blood pressure, and other symptoms. Eating an early dinner, according to Ayurveda, can help you sleep better and improve your health. If you get hungry after 8 pm, try some light foods like Khichdi or a glass of milk with two dates or a few almonds. Following are some Indian foods that you must avoid eating late at night.

Because India is a spice-producing country, most dishes contain them, and who doesn't enjoy them? From Laal Maas to Vindaloo, Kolhapuri Chicken, India has a plethora of spicy dishes that, believe it or not, we all enjoy with some steamed rice or bread such as Naan and Paratha. But did you know that eating spicy foods late at night can cause severe heartburn? Not only that, but such dishes contain a lot of oil and ghee, which can lead to heart problems. Furthermore, such dishes confuse the body because spices are known to boost metabolism. 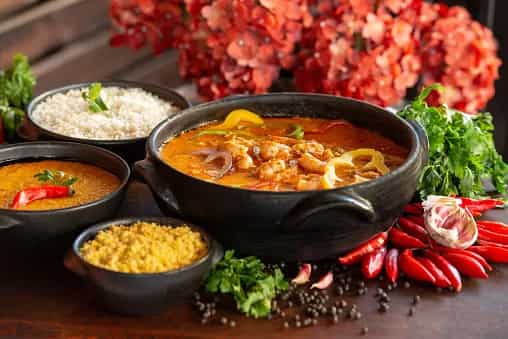 It's a delicious snack that will make anyone's mouth water. However, did you know that eating this delectable dish after 8 pm can cause stomach irritability and disrupt your sleeping patterns? This is due to the fact that deep-fried pakoras are highly acidic in nature. It is difficult to digest highly acidic foods at night, which can further disrupt your sleep. Caffeine is a well-known stimulant that can help you wake up after a good night's sleep. However, drinking caffeinated beverages such as tea, coffee, or green tea disrupts deep sleep, which can be harmful to your overall health. After 6 pm, such drinks should be avoided, and instead, look for other options, such as juice or a small bite of chocolate, if craving such drinks. Consuming sweets after 8 pm is a no-no because it can interfere with how your body sleeps. Eating some meetha after a hearty meal is considered the best practice in Indian culture, but doing so can disrupt the body's sleeping pattern and make you crave more food. Furthermore, many people believe that eating sweets after dinner aids digestion. On the contrary, they act as a stimulant, keeping you awake all night. 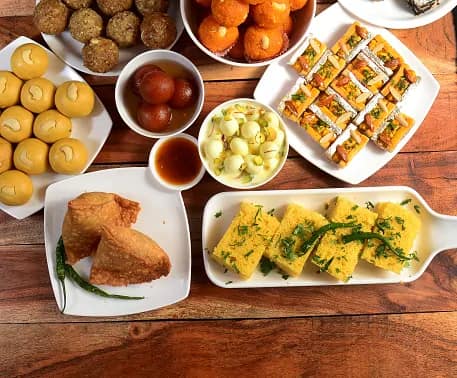 Biryani is widely regarded as the most delicious dish imaginable, but did you know that this Mutton Biryani is high in calories and fat? When it comes to biryani, no one seems to care about the calories and fat content, and we tend to overeat. Consuming a high-fat and calorie-dense dish like Mutton Biryani, according to experts, can promote Non-Alcoholic Fatty Liver Disease (NAFLD), which is alarmingly becoming one of India's rising diseases. One small serving of Mutton Biryani contains 500-700 calories and can cause an unintentional increase in your calorie intake. 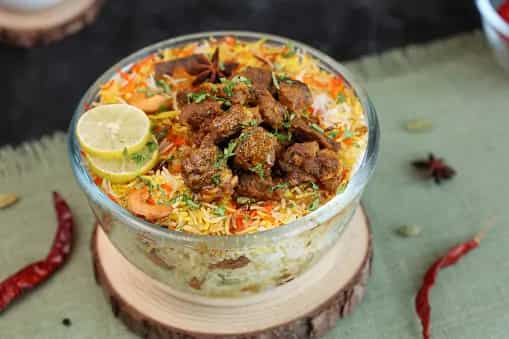 6 Vegetarian Recipes You Can Try For A Date Night