Independence is about breaking long-held prejudices and pursuing your aspirations; it's about equality and freedom. It is about being the best version of yourself and having equal work, responsibilities, and opportunities regardless of your gender. Indian women are not to be left behind when it comes to building a name for themselves in the various spheres of society where women are eking out a space for themselves. In India, there are numerous female entrepreneurs who own and run a large number of the country's food businesses.

Also read: Inequalities On The Table: What It Means To Be A Women In The Food And Hospitality Sector?

Here are some role models for women who are succeeding in India's food and baking sector. We need to know their names:

She has been cooking since she was nine years old and has been throwing dinner parties since she was twelve. She is a self-taught chef. Earlier, Ruchira worked as a journalist, and the majority of her articles were around food. She enjoys cooking and feeding others, and she chose to work in the food industry in part because she adores the concept of eating in general. At age 35, she made the transition from journalism to baking. She has been thinking about it for a while, especially after she competed on MasterChef India in 2011. She realised she could definitely pull this off at that time after seeing the calibre of the cooks around her.

In addition to having a stellar reputation as a pastry chef, Pooja Dhingra, chef and proprietor of Le15 Patisserie, just published the well-received book Coming Home. The powerhouse is a household name all over India and has made a name for herself in the food industry. 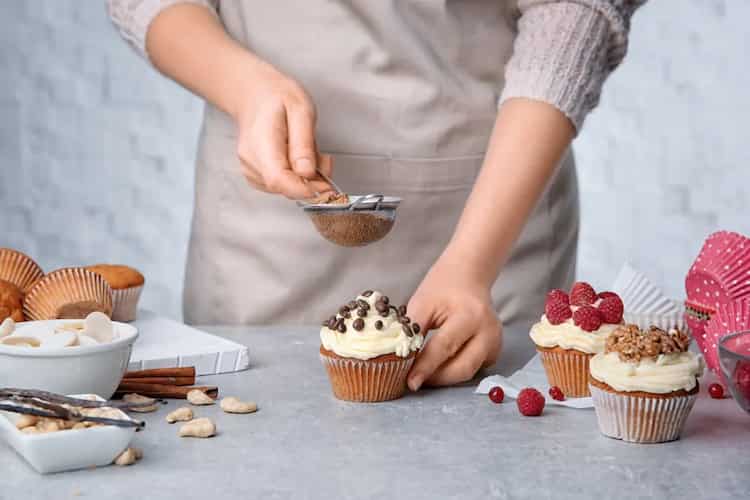 When Bayiravi Mani, popularly known as Bee the Baker, acquired a job away from home, that's when she first developed a practical relationship with the kitchen. Before 2011, she hadn't made a cake. However, as soon as she realised how much she cherished the grins on people's faces when they appreciated the food she had laboriously prepared, this functional relationship quickly evolved into a passionate one.  In 2012, she left her job and opened a bakery outside of her house.

Vidushi, trained by the top chefs in the world, honed her specialty in French pastries. Her work speaks for itself as she experiments with various techniques and ingredients while combining distinctive flavours. In 2019, she came up with the idea for Truffle & Co., where she makes distinctive, handmade hand-rolled truffles to suit various palates.

Bangalore-based Radhika Nagraj began her profession in baking in 2013. Her ability to seamlessly juggle her duties as a full-time mother with her love of baking is made possible by the flexibility of the home-based business. She accepts requests for whole wheat breads in addition to her main specialty of baking birthday cakes. Radhika also teaches baking and cake decorating.

One of the original food stylists is Deeba Rajpal, also known by the handle PassionateAboutBaking. She is an enthusiastic baker who mixes her love of food styling, photography, and baking on her Instagram feed. She shares mouthwatering photos and videos of her meals that are filmed with the ideal frame composition and a splash of colour. She emphasises on regional ingredients in her recipes while also giving each of them an Indian twist.