For more than 40 years, House of Ming has been one of the capital’s most sought-after choices for authentic Chinese fare. This is how they rang in the Chinese New Year... 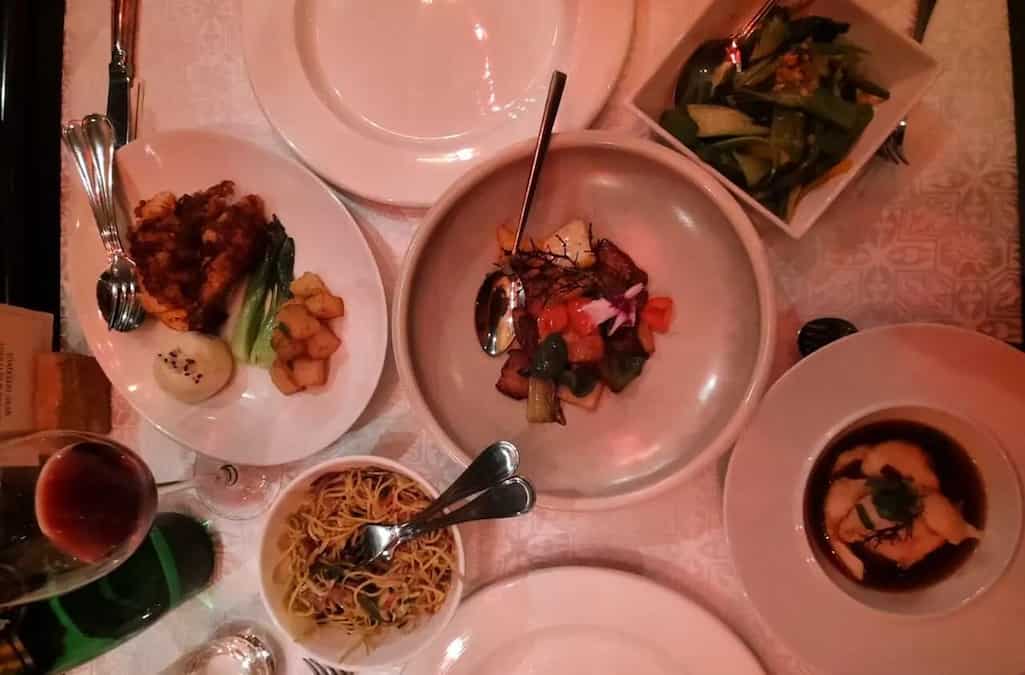 The House of Ming at Taj Mahal, New Delhi celebrated the Chinese New Year with a special menu. The menu comprises a range of eclectic starters, soups, mains, and desserts and will be available till 6th February. For more than 40 years, House of Ming has been one of the capital’s most sought-after choices for authentic Chinese fare. Explaining the idea behind the thoughtfully curated menu Chef Salem said “as you would know it is the year of tiger, which symbolises courage and strength, so through this menu, we just want to encourage people to come here, dine with their family. In these tough times, we are all looking for something to cheer up. Through this menu, we just want to encourage people to start the year with a smile and may we all gather enough strength to fight the obstacles ahead.”

Further explaining the contents of the menu he said, “In the menu, I have used ingredients like pumpkin, shitake mushroom, fish, whole chicken which is traditionally eaten in China during New Year. Since it is family time, eating whole chicken, whole fish and indulging together is common. It is seen as a sign of prosperity. We also tried to conceptualize our menu along the same lines. So, while you won’t find any tiger on the menu (laughs)… but you are in for a large, belly-filling experience.”

Authentic and wholesome Chinese food has been House Ming’s USP so far, but for the special occasion, Chef Salem and his team decided to take things up a notch. “Here I have tried many new things, there are black fungus spring rolls, and dessert with traditional red beans, and the chicken roast, which has been done very differently,” he said.

We started our grub with piquant edamame and chicken pan-fried dumplings, juicy and loaded to the core, post which we found ourselves hooked on to the delectable duck puffs served with plum sauce. The crispy, flakey puffs were filled with sweet duck mince, made for a scrumptious starter. If you adore mushrooms, you would love the Mushroom soya chilly, featuring crispy mushroom caps filled with creamy minced soya filling. Pair it with any sauce, hot or sweet, you are in for a treat. Then we moved on to the black fungus spring rolls, the crispy rolls were filled with julienned edible wild mushroom and ginger, and paired wonderfully well with hot sauce. Further, we moved on to soups, the thick pumpkin soup with blanched chicken and boiled noodles was a perfect medley of warm, cozy flavours and distinct texture. For mains, our table was filled with all things exquisite right from John Dory fish cooked in umami soya sauce, to roast chicken leg served with fried potatoes and bao, bok choy toasted with sesame seeds, and sweet and chilly pork cooked with fresh and colourful peppers. All of these, we paired with hot hakka noodles and fried rice. We rounded off our meal with berry-licious ice cream that also comprised of a cigar roll filled with dry red bean paste. The best grand finale that we could have asked for.

Delhi, We Found A Cute Place For Cozy Winter Dates Over Coffee And Quiche, And Some Yummy Recipes

Delhi Finds A Dazzling New Place To Vibe And Dine; Hint: It Has The Best View Of Qutub