Hit In Both U.K And U.S, Country Captain Chicken Actually Has Indian Roots

Country Captain Chicken is a feisty combination of chicken curry and rice. 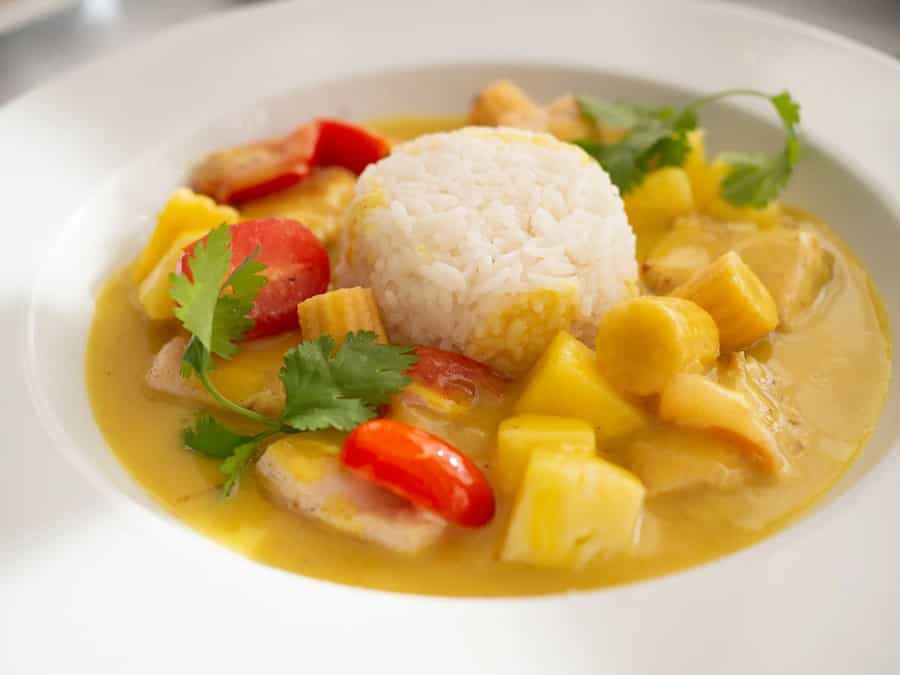 It would be remiss to talk about Modern Indian cuisine and not talk about the British influence. The British ruled India for over 200 years. Bread, puddings, cutlets, and rolls may be mainstream in urban India now, but they only rose to prominence during the Raaj, somewhere in the late nineteenth and early twentieth centuries. The association wasn’t one-way, even the British adapted to the Indian cooking styles, they fell in love with certain recipes that became British fixtures, while some they tried tweaking to suit their palates. For instance, Mulligatawny soup and Kedgeree, in which the Indian Rasam and Khichdi, respectively, were reimagined for the British officials stationed in India. Another delicacy that is also one of the most beloved Anglo-Indian dishes to date is Country Captain Chicken

Country Captain Chicken is a feisty combination of chicken curry and rice that has its roots in India. If you have grown up in India, you are no stranger to our fascination with mixing curry with all the rice present on the plate. The country captain chicken is served in a similar fashion. The curry is a mild chicken stew made with chicken pieces that have been browned, onions, curry powder, almond, sultanas etc. In some recipes, tomatoes, bell pepper and garlic are also added to the pot in which the curry is in making. The curry is served on top of white rice. As a diner, you are supposed to mix in everything and grab a bite.

The Origins of Country Captain Chicken

The curried chicken and rice combination has an iconic fan following in the Southern states of the US. It is said that the dish reached Charleston, Savannah, New York, and Philadelphia first and then grew popular in other parts of the US. Said to be the favourite dish of George S. Patton, the dish was once also included in U.S Millitary’s meal. Even American President Franklin D Roosevelt was said to be a fan.

But the dish supposedly took shape in the kitchens of British officers, in India. Poultry our game meat would be cooked with onions and curry powder. The prefix ‘Country’ in those days was popularly used to indicate something that had Indian origins, instead of British. Therefore, ‘Country Captain’ was a way to refer to a captain of Indian origin, a trader along the Indian coast, where the dish took birth. Another theory suggests that ‘Captain’ is actually a corrupted pronunciation of the word ‘capon’. The operative word here is ‘Country’ which meant that the chicken curry-rice was not native and the exotic shadow of the curry made the dish even more desirable.

There’s another theory, the plausibility of which has been contested by many historians, that a British Sea Captain of the East India Company involved in the spice trade brought the dish to the Americas via the Savannah port in the 19th century. The recipe of the dish was a regular feature in the Southern state’s cookbook in 19th century, and it apparently, required a full-grown fowl, making it one indulgent yet comforting fare.

Wait, What? Gin And Tonic Was Once Used To Cure Malaria In British East India Army