Explore these ten vegan milks to replace your dairy milk. Vegan milk, also known as plant milk, nut milk, or non-dairy milk, is a beverage that has been eaten in various regions of the world for centuries for a number of reasons. Some people drink it for health reasons, such as a lactose or dairy milk allergy, while others drink it for nutritional benefits. On the other hand, many people consider cow's milk to be an absolute requirement in their diets. It can be consumed straight from the bottle, poured over cereal, or blended into smoothies, tea, or coffee and much more. However, as more people around the world go vegan, people are becoming more aware of the darker aspects of dairy, such as the cruelty it does to cows and the harm it brings to the environment as well as one's health. As a result, plant-based milk has become quite popular, with a vast variety of varieties and flavors to select from. There are several nondairy alternatives to cow's milk if you don't want to consume it.

Soy milk is a traditional vegan milk substitute that has been around for a long time. In terms of nutritional composition, soy milk may be the most similar to cow's milk of all the plant milks. It has a low-calorie count and is high in both protein and calcium. Soy milk can be used in baking and cooking. It may be used in place of cow's milk in most recipes and is heat stable, making it an excellent cooking ingredient for sauces and savory foods. It's also delicious in teas and coffees, and it's even foamable. Almond milk is the most widely consumed plant-based milk. While this vegan milk is low in protein, it is high in vitamins and other minerals, like vitamin E. Almond milk is high in antioxidants, which may help to prevent you from diseases like cancer and heart disease. Furthermore, homemade almond milk has the potential to be an excellent calcium source. Almond milk is a delicious drink that may be consumed straight or used in smoothies, shakes, teas, and coffees. It's also delicious poured over cereal or oatmeal! However, it can be used to make both sweet and savoury recipes. 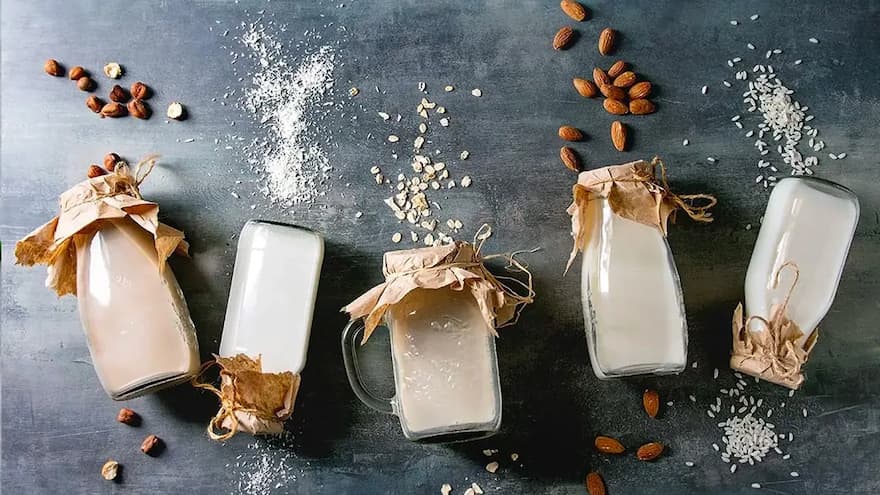 Oat milk is light in color and flavor, with a moderate, somewhat sweet flavor. When compared to other milks, it has the greatest fibre content. Fiber is essential in a well-balanced diet since it aids in digestion and can lower cholesterol levels. Cereals, smoothies, cream soups, and curries are just a few of the savoury and sweet recipes that use it.

Coconut milk is available in two options, in a can or homemade and as a beverage. In most cases, those used in cooking come in a can or homemade. It gives a delightful, but not overbearing, coconut flavour to any dish it's used in, and it's also great for baking! Coconut milk can be used in a variety of dishes, including curries, soups, stews, sauces, smoothies, puddings, and even ice cream. The coconut milk for drinking, on the other hand, has a thinner consistency that is great for teas, coffees, and cereals.

Cashew milk is a relatively new addition to the world of plant milks. It's high in heart-healthy unsaturated fats and could be useful for diabetics who need to limit their carbohydrate intake. This vegan milk has a rich, creamy texture that goes well with teas and coffees. It also works great in the kitchen and in the oven. 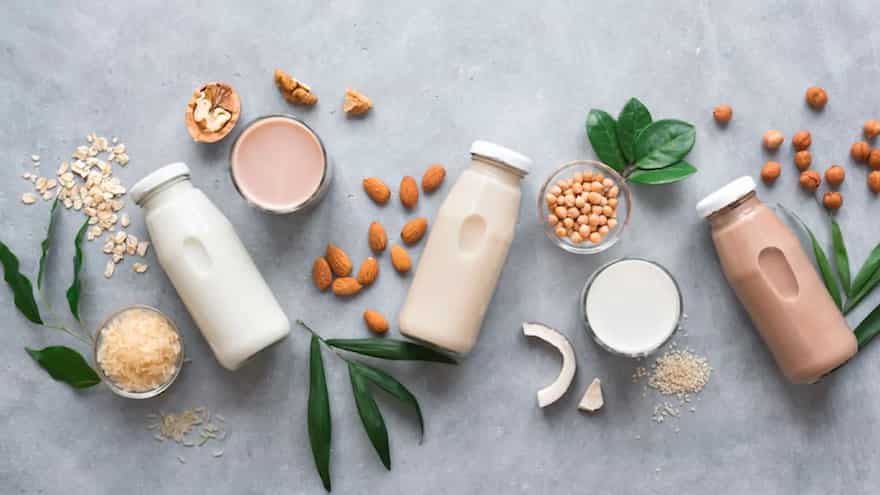 Rice milk is good for people with food allergies because it is free of nuts, soy, and gluten, making it least likely to induce an allergic reaction. It's also a little thinner than most vegan milks. Produced by blending boiling rice, water, and sweeteners, it has a sweet flavour and a thinner consistency that makes it ideal for soups and mild sauces. Rice milk can be used in baking, although due to its delicate texture, thickening agents such flour, cornstarch, or xanthan gum may be required.

Flax milk is made from cold-pressed flax oil and filtered water, and it has a thin and silky texture. It also contains a lot of omega-3 fatty acids. Flax milk tastes fantastic on its own, in cereals, and in coffee. It can be used in both sweet and savoury meals, but when making savoury foods, make sure to use unsweetened flax milk. 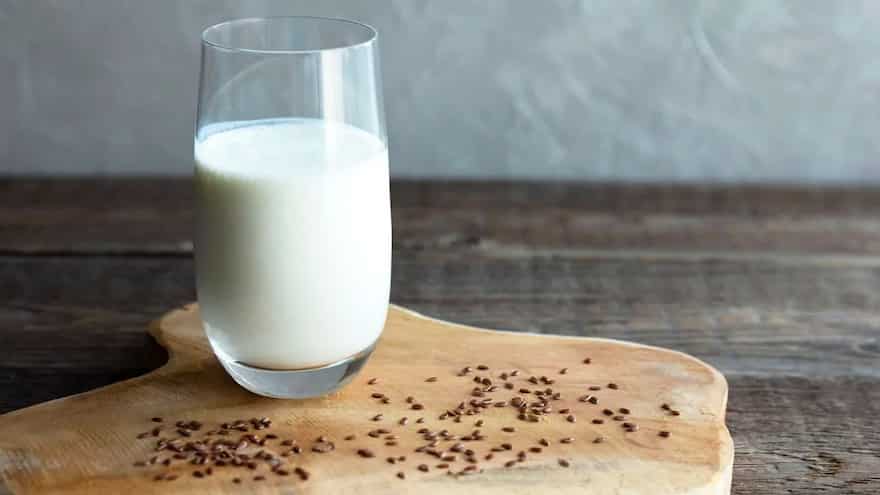 The majority of nut milks are created with almonds or cashews, but macadamia milk, which is made with macadamia nuts, is the creamiest. It contains a lot of vitamin A but not a lot of protein. Macadamia milk is regarded as a delicacy by many vegans, especially if it's handmade, because it's satiny and neutral-tasting.

This is one of the less well-known milks available. Its only aftertaste is claimed to be peanut-y, and it's high in protein, unsaturated fats, magnesium, and vitamin B-6. Smoothies are a popular use for peanut milk, according to fans. Hazelnut milk, like macadamia nut milk, is a creamy, delectable treat that mixes with almost anything and nothing. It's high in healthy fats and has a delicious Nutella flavor that will make you want to add it in your coffee. 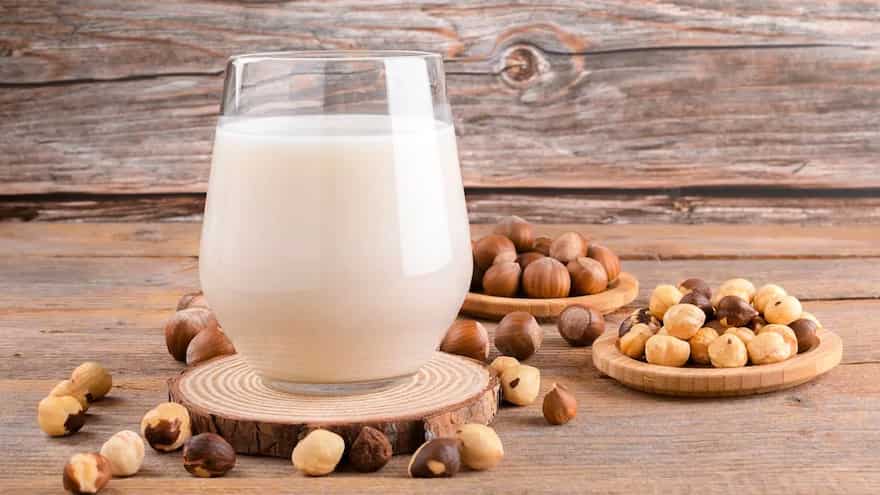 Because there is such a vast variation in the composition of protein, carbs, and lipids, as well as vitamins, minerals, and dietary fiber, each variety of plant milk has its own nutritional profile. There are significant variances in mineral and vitamin content across the various brands. Calcium, in the form of tricalcium phosphate or the algae Lithothamnium calcareum, is the mineral that most producers add to their products in order to offer them as a suitable replacement to cow's milk. Because cow's milk contains about 125 mg of calcium per 100 ml, most plant milk makers add about the same amount to their products.

This Vegan Chocolate Donut Recipe Is Worth A Try!

The Vegan Revolution: Vegan Alternatives Indians Are Opting For