Did you know that Samsung used to sell noodles before it sold electronics? From enjoying a hot bowl of Maggi noodles on a rainy day to eating chowmein at your college canteen with your squad, noodles have always been the go-to snack for every foodie. It'll surprise you that there are many fun facts related to noodles. Did you know that instant noodles were invented by the Japanese and not the Chinese? Here are some more mind-boggling facts about your favourite dish of all time - noodles.

1. There’s a museum in Japan, which is fully dedicated to cup noodles

Located in Yokohama, the cup noodle museum lets visitors make chicken ramen by hand in a factory. There’s even a cup noodle park in the museum. Children see cup noodles from the noodle’s point of view and have fun learning about the entire manufacturing process, from making the noodles to shipping them out. The park has slides, and other creative rides through which children understand how noodles are made.

Made from millet, a type of cereal grain in China, the first noodle dates back all the way to 2,000 BC. 4,000 years ago, in China, archaeologists discovered the earliest trace of noodles. In 2005, a team of archaeologists reportedly discovered a pottery bowl with noodles, which were 4,000-years-old, at the Lajia archaeological site in northern China.

It wasn’t until 1970 that Samsung started selling electronics. Samsung, which was founded in 1938, by Lee Byung-Chul, was initially conceptualised as a store for trading goods like flour, vegetables and dried fish. Samsung also created their own noodles for export.

4. Before it became a budget-friendly option, noodles were once sold as a luxury item

Ironically, noodles are one of the cheapest meals to consume today. Did you know that you could eat three square meals of instant noodles a day for an entire year for just $142.65 (approx ₹11,000)? However, this wasn’t always the case. When instant ramen was first made, it was sold at a price of 35 yen and was considered a luxury item due to its price and novelty. It was because of their popularity and globalisation that their mass production started and noodles became affordable. 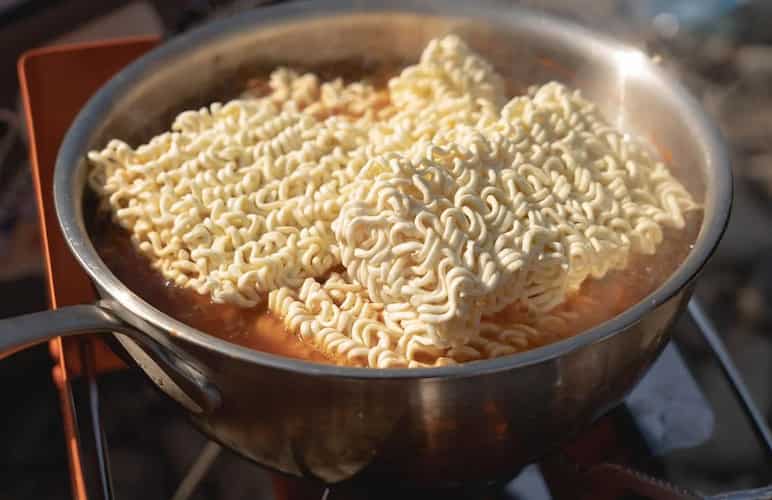 5. The longest line of bowls of noodles consists of 3,988 bowls

This feat was achieved by Jinshi Beef and Rice Noodles Association (China) in Jinshi, Changde, Hunan, China, on 21 December 2019. This attempt involved 30 chefs from different local restaurants of China to cook rice noodles. During the cooking, volunteers helped to transport the cooked noodles into a gymnasium where the attempt was held.

6. It’s polite to slurp your noodles in Japan

What’s considered poor etiquette in Western culture to eat or chew loudly, is considered an appreciation for your meal in Japan. While dining out, if you happen to slurp down your ramen at a restaurant, it won’t be seen as an act of being rude. The eating etiquettes of Japan allow for a slurping sound to be made while enjoying a plate of your favourite noodles. 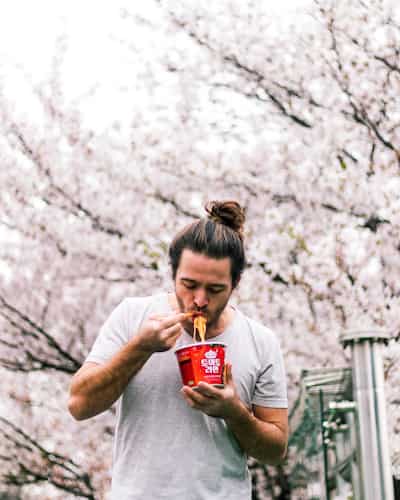 7. Noodles have been to space

Japanese astronaut Sochi Noguchi took instant noodles with him when he went to space in 2005. A food company even came up with zero-gravity instant noodles shaped like balls that space travellers could easily consume.

Try Out These Recipes Of French, Italian And Thai Chutneys