Namkeen chai or salty tea is native to some regions like Tibet, Kashmir and Garhwal. Tea is a way of life in most countries, including India. It makes morning and late afternoons more special, giving people a reason to pause during the day and focus on sipping from a cup. Different countries and even states in India prepare different kinds of tea. Most black teas are drunk with milk while green and white teas are brewed without it. We all enjoy chai with milk and sugar, but it isn’t exactly the norm to drink salty tea. However, namkeen chai or salty tea is native to some regions like Tibet, Kashmir and Garhwal. Here are three types of tea that are traditionally salty instead of sweet:

Also called gulabi chai or pink tea, noon chai hails from Kashmir. In Koshur or Kashmiri, the word ‘noon’ translates to salt and so noon chai means ‘salt tea’. Noon chai is known to warm drinkers during the cold months. The addition of baking soda or sodium bicarbonate gives the tea its signature pink colour as it reacts with the tea leaves while brewing. The brewed tea water is also beaten and aerated to incorporate air into it, which also contributes to the link colour. While regular green tea may be used to brew noon chai, gunpowder tea is usually chosen. Noon chai may be served topped with rose petals and nuts, and sometimes even fresh cream or malai. It is accompanied by naan or other types of Kashmiri bread. 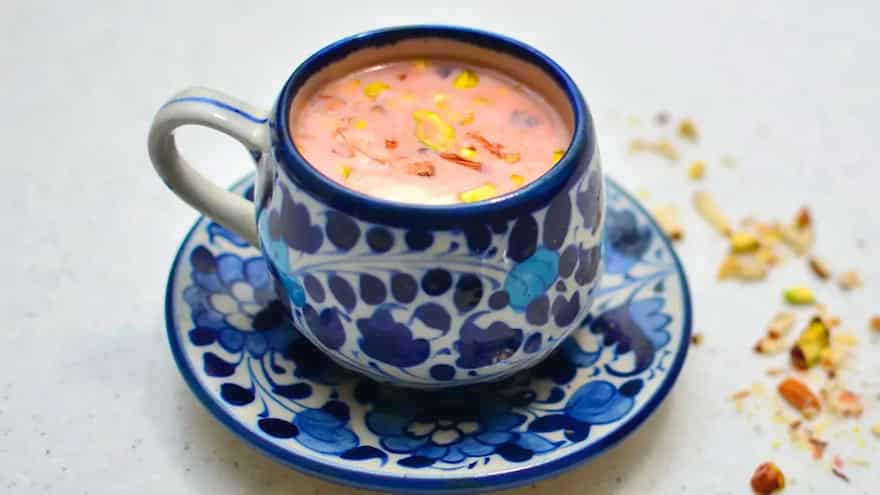 Made with yak milk and salt, Garhwali namkeen chai also uses mutton fat and dried peach. It is made in a long bamboo cylinder and churned with a bamboo ladle, which makes the tea frothy. The namkeen chai is a traditional pahadi tea that, due to the addition of mutton fat, also keeps those who drink it warm in the winter. In addition to having warming qualities, the mutton fat also adds flavour and consistency to the tea. To make Garhwali namkeen chai, the mutton fat is first dried in the sun. It is then ground with dried peach and boiled with yak milk, tea leaves and salt. The tea leaves used for making this tea are called Dooni chai patta. Imagine steaming hot salty tea served fresh out of a bamboo cylinder being served in kulhads. Tibetan butter tea is made using yak butter. Tibetan medicine believes that the combination of butter and tea provides a greater mind-body balance than when the two items are consumed separately. Tea became popular in Tibet only in the 13th century, during the reign of the Phagmodrupa dynasty, when it began to be used in religious ceremonies. To make Tibetan butter tea, tea leaves are boiled in water for a few hours until a dark brown liquid is formed. The liquid is then skimmed and poured into a churning cylinder, and mixed with yak butter and salt. Drinking butter tea is essential to life in Tibet. It is often enjoyed before work and served to guests, providing energy and heat. 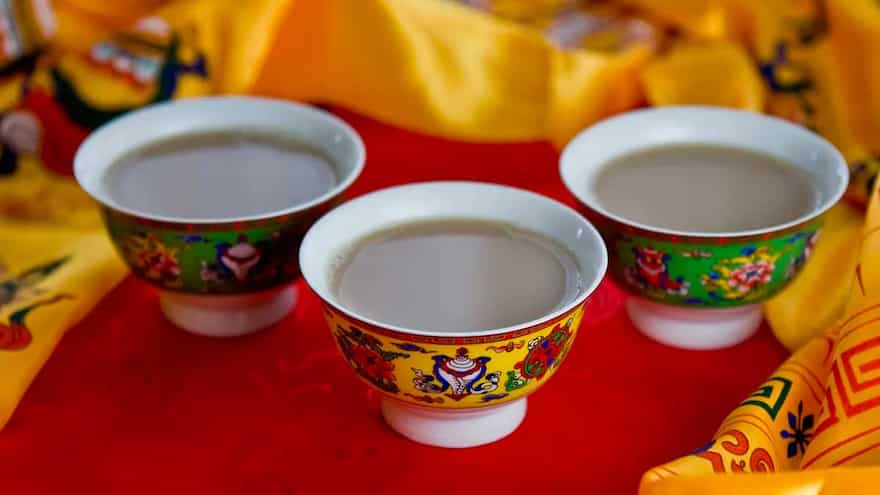 Pink And Pretty: Have You Tried Kashmir’s Noon Chai?

5 Snacks To Enjoy With The Tibetan Butter Tea