Foraged Food: The Food Of Our Ancestors And How It Has Evolved

Simple, tasty, and attentive eating was the norm for our ancestors. Foraging for food in the wild led to the conception It wasn't like this a thousand years ago, when there weren't mass-produced foods, markets and restaurants in every town, or massive supermarket complexes frequently right around the corner. To think obtaining food every day in the wilderness took some creative ability. Since our emergence on Earth roughly a million years ago, before we started to establish agriculture, humans (Homo sapiens) were primarily engaged in foraging. Our ancestors spent millions of years foraging before agriculture emerged.

Also read: How To Use Wild Garlic In Cooking: Recipe Inside

Foraging refers to obtaining food from the environment by hunting, scavenging for dead animals left by other predators, and gathering plants, small animals, birds, and insects. The terms "hunting and collecting" and "foraging" are interchangeable.

Not just humans, but many other species forage as well. What makes human foraging distinctive? Though the specifics of the answers may differ, the general consensus is that humans developed a capacity for cooperative interaction and knowledge accumulation through the use of verbal communication. Through the progressive development of these abilities, humans were able to set themselves apart from some of the other animals that compete with us for survival. One may even argue that foraging is what first made us human. There are some generalisations that apply to every group of foragers, regardless of climate or environment.  They had to be familiar with their surroundings. Larger if they lived in harsh environments with few food supplies, and smaller if there were plenty, they must have had a broad territory to forage in.

In order to survive, foragers typically moved around a lot and set up temporary camps. Depending on the movements of various animals or the ripening of various plant food sources, they may make repeated seasonal movements. Typically, foragers lived in tiny communities of 15 to 30 people. When food became limited or when disputes occurred, forager communities would further fragment. Populations barely, if at all, increased. Infants could only survive on their mother's milk, and breastfeeding lasted for three to four years, frequently preventing subsequent pregnancies. In any event, moms were only able to carry one baby at a time. Foragers typically shared the food they gathered in these close-knit groups, especially the valued fresh meat. In human history, foraging societies appear to have been the most impartial.

Part Of Our Ancestors' Diet

While some of these plants are now referred to as indigenous or native and others as exotic, they all once filled our hunter-gatherer ancestors' early cooking pots and were nevertheless used for their health-promoting qualities even after agriculture had become well-established. As herbalists have long known, many wild foods are so packed with healing nourishment that they are genuine medicine. In fact, far from being a modern culinary trend, ‘wild foods’ formerly made up a type of ‘foraged foods’ that our predecessors around the world relished.

Several of these plants, which formerly adorned our ancestors' dinner plates and filled their pantries and medicine closets, are now either forgotten or regarded as weeds. Because of this, many experts contend that modern chronic diseases have proliferated as wild foods have been eliminated from our diet. Why It Is Important

Wild plants are not only free but also simple to use in cooking, delicious, and healthy. Mother Nature decides where and when they will grow. A forager of wild foods advises that ingesting just one wild plant daily can significantly improve our health. If those motivations aren't enough, think about how learning about the foods that grow all around you contributes to local food security and fosters a healthy relationship with nature.

We require wild foods now more than ever. The unfortunate reality is that key nutrients have been removed from our farmed fruit, cereals, and vegetables by industrial agriculture. The essential vitamins and minerals humans require to survive have been completely removed from soils due to over-farming and pesticide and herbicide use. The most nutrient-dense superfoods on the planet are wild foods, which are loaded with nutrients that are so scarce in our typical diet, such as vitamins, minerals, fatty acids, phytonutrients, and antioxidants.

We've interfered with nature's nutrient balance through domestic agriculture and the search for sweeter, starchier foods. All fruits, grains, and vegetables have their origins in wild foods. Wild foods are the plants that humans first consumed after learning to eat them. Eating wild is consuming unaltered, seasonally appropriate, nutritionally balanced foods in their natural state, as intended by nature.

The majority of wild edibles are actually invasive plants that were brought here by the early immigrants as food, such as wildflowers, plantains, garlic mustard, berries, and many more rather than rare endangered indigenous species. Today, however, the city spends hundreds of thousands of dollars per year to remove these nutrient-rich vegetables from our lawns, gardens, parks, and green spaces (often with pesticides). Wild foods will never be used to feed populations in large quantities, but they have historically been used as a necessary dietary supplement to enhance all of our diets.

If we limit our attention to just eating, we are certain that this issue is caused by urbanization and poisoning of our food supply. We have strained the ecology by insisting that global food be rendered local rather than eating what is locally available. We have started endorsing brands that are the product of deceptive advertising, which only makes the situation worse. 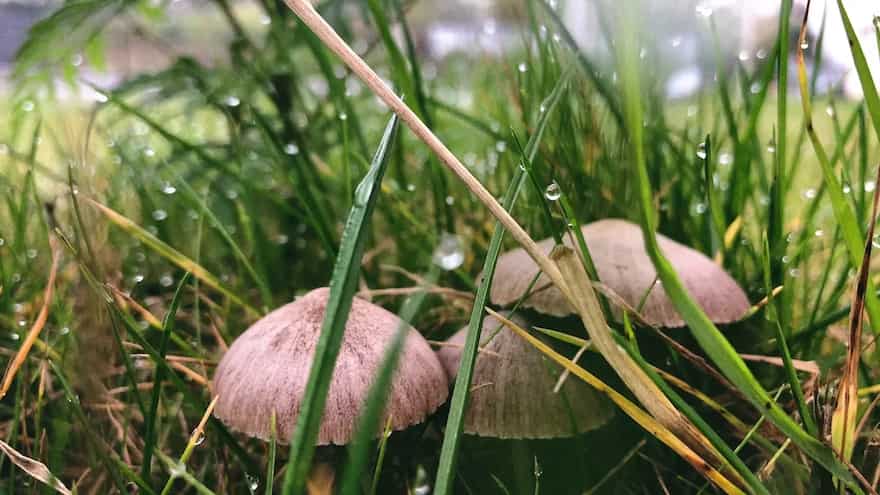 Foraging For The Harmony Of Nature

Our goal should not be altering eating habits or adding or removing food types because doing so would only increase the number of clichés already in use. Instead, our goal should be to refocus attention on the plate, the forest, and its soil supply.

More than just food, foraging fosters community health and wellbeing. Numerous studies demonstrate that being in nature lowers stress, anxiety, and blood pressure. A further advantage of getting outside is that folks who are in contact with nature are more motivated to preserve it.

Our ancestors' eating was basic, flavorful, and attentive. The conception resulted from the act of foraging in the wilderness. It was made more poignant by their astute observations of their surroundings and modest gathering methods for wild food. And this kind of art still exists. The wisdom that is passed down through the generations is therefore rich in both knowledge and experience. In comparison to what you would find in the sparkling supermarkets, the wild vegetables, roots, tubers, fruits, and spices always contain more of Nature's intellect.

Foraging teaches us to monitor the seasonal cycles, the changing foliage, the flora, and wildlife, as well as how to gather what nature provides us with at the appropriate moment. We start to develop a deeper ecological understanding of our immediate surroundings, which we believe inspires us to take better care of nature in general and the environment just outside our front door in particular.

Meet the chef who fishes, forages and hunts

7 Wild Indian Berries You Must Know