The thakali thali is appealing not only in taste but even visually with colours like pale green dal, green leafy veggies, rich red meat, white rice along with the chutneys and more.

Nepal, the land of diverse culture, cuisine is just not about Momo, Dal-Bhat-Tarkari (Lentils-Rice and Veggies) and Sel roti. But talking about robust flavours, The Thakali Khana from this land, that is known for its exotic flavours is getting it’s long due prominence. Rishi Chaudary, a Thakali Chef who has been cooking this for the past 30 years but originally belongs to a Madheshi ethnicity quips “ I grew up in a Thakali home and it was from the ladies of the house there where I learned how to cook Thakali Khana . Today when I cook and get appreciation for the same it feels amazing. The spices that’s used in this cuisine makes it different and distinct from the rest. The plate just doesn’t see Bhaat Dal Tarkari and meat (lentil soup, rice, green vegetable) but the lesser-known dishes Ra Sya (Bhutuwa), Leppakhu, and Tasya (prepared from goat head meat) and Ghuenti- (a sausage prepared from the intestines, fat and other body parts of a goat) also have found it’s audiences and are gaining popularity. Condiments like gundruk (fermented leafy green vegetables) achaar and more uplift the taste on the plate’.

Nepal due it’s geographical bifurcation see vast number of ethnic groups and each have their own specialties on the basis of topography, climate and more. Amongst all of them the Thakalis, who were mostly traders, but really don’t have a clear cut origin have been inhabitants of Upper Mustang Thak Khola region (in ancient days this region used to be an easy trade route through the high Himalayas) of Jomson District have made their mark reasonably strong. Believed to be descendants of Hansraj, the rise of this clan can be dated back to mid-nineteenth century.

With Nepal opening it’s borders after almost seven months of lockdown and no quarantine provisions not to only Indian tourists have started coming to Nepal but also from other countries. Adding to the same Vivek Sherchan, Owner, Jimbu Thakali by Capital Grill, Nepal, who himself a Thakali from Tukche village of Mustang Region says “almost 20-30% of our customers are foreign tourist, while rest are Nepalese locals. The number and the revenue both have seen a massive fall due to Covid19, but still I am happy to see how things have moved up”. Further elaborating on Thakali Khana he adds “Being a thakali I have seen my Maternal grandmother Phul kumari Tulachan and my mother Prabha Sherchan  toss up some of the best Thakali food. So when I came back to India after 15 years in USA I knew I have to something connected to my soil and here I was with Jimbu Thakali by Capital Grill (Capital Grill as it also serves continental food). The place that opened almost four years back today sells almost 20,000 Thakali khana thali’s a month”. So what exactly set this cuisine apart? The thing that sets it apart from the regular Nepali meal or the Mewari cuisine is its ingredients that’s typically unique to the Thakali those like the Sukuti or dried goat/yak meat, Gundruk (fermented leafy green vegetables) buckwheat, barley flour and timbur, a spicy Himalayan spice. This gives the cuisine a whole new taste and flavour. The thakali thali is appealing not only in taste but even visually with colours like pale green dal, green leafy veggies, rich red meat, white rice along with the chutneys like mula ko achaar (white radish pickle), chap/golbjeda ko chutney (fresh tomato pickle)” emphasizes Rekha Bhattachan, who runs the Tukche Thakali Kitchen for the past 19 years. 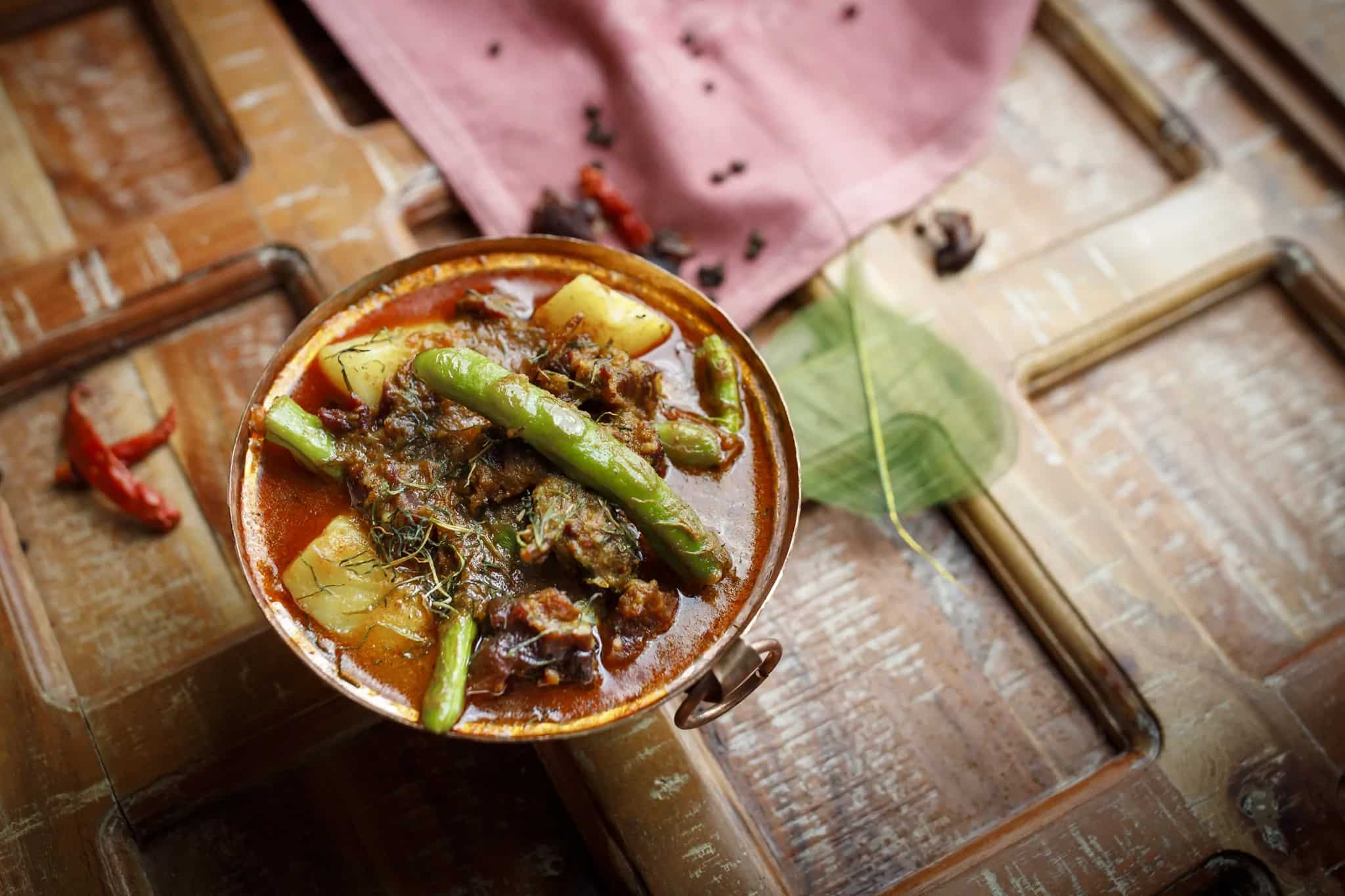 The main meals are always served in a thali and variety is the trademark of thakali dishes. In Thakali homes cooking is done with mustard oil, or fresh ghee while in restaurants some dishes are cooked in Sunflower oil these days. Though the meal is often seen compared to Nepali khaana because of its similarities but once you try the difference will emerge more than the similarities from how it is prepared to its taste. Paramita Rana, Nepalese Model, Actress, Singer “Being a foodie I must say that Thakali Thali is one of my favorite dish to devour. The delicious thick daal and all the different vegetables and pickles make not only my stomach happy but my soul content as well. Thakali food is definitely one of my comfort food. Whenever I go out and get confused on what to eat, I always go for the thali” 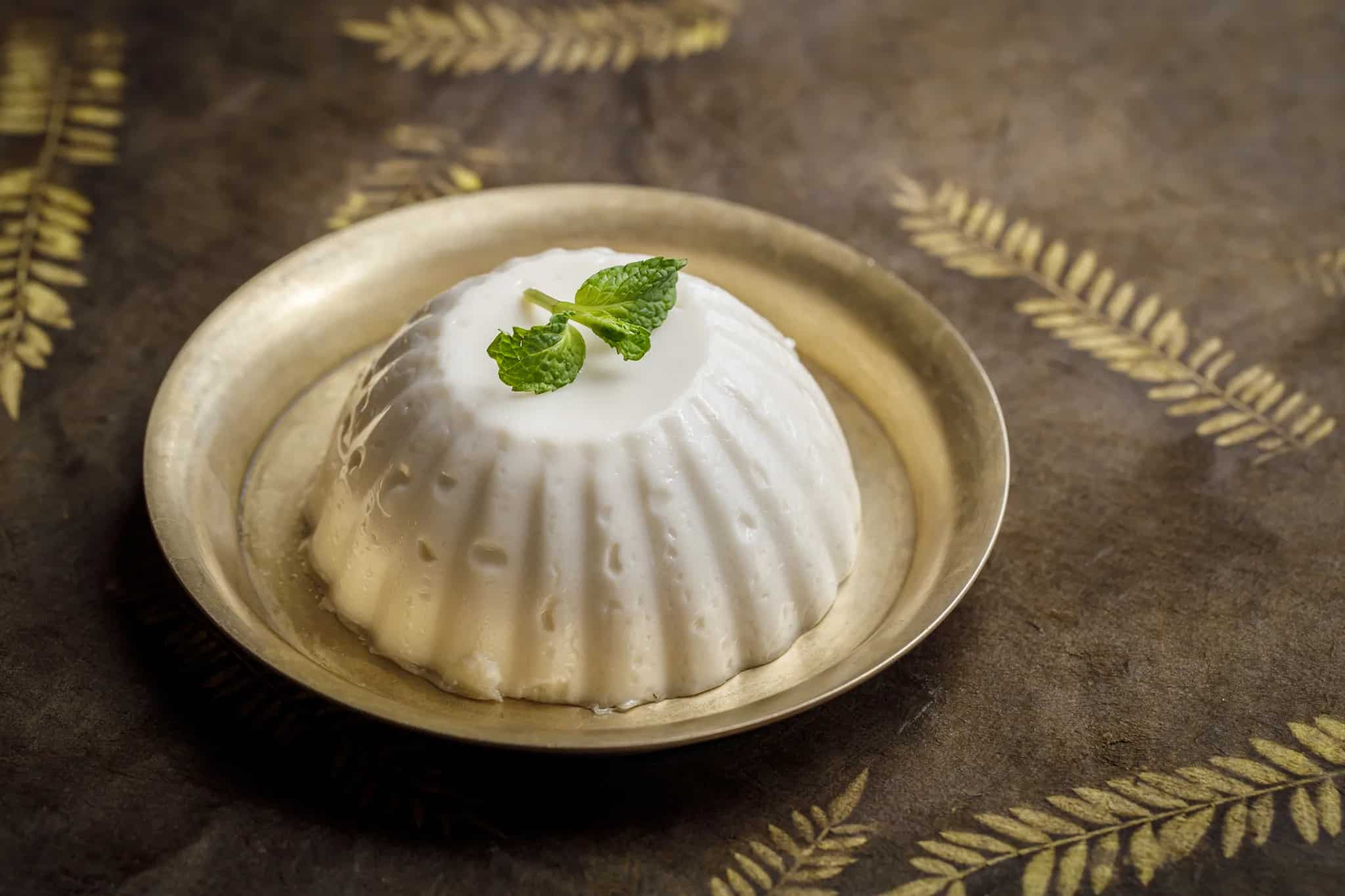 Kurauni (a dessert made with juju curd and lime)

Though the flavours are simple, but the aroma of ghee in dal (lentil soup) and the distinct taste and smell of timur (zanthoxylum alayum) in curry makes this cuisine unforgettable. To savour all the flavours of Thakali delights, Once is surely not enough. So next time you visit Nepal don’t forget to indulge in the traditional dishes and regional specialties. A Nepali cookbook for your Indian kitchen 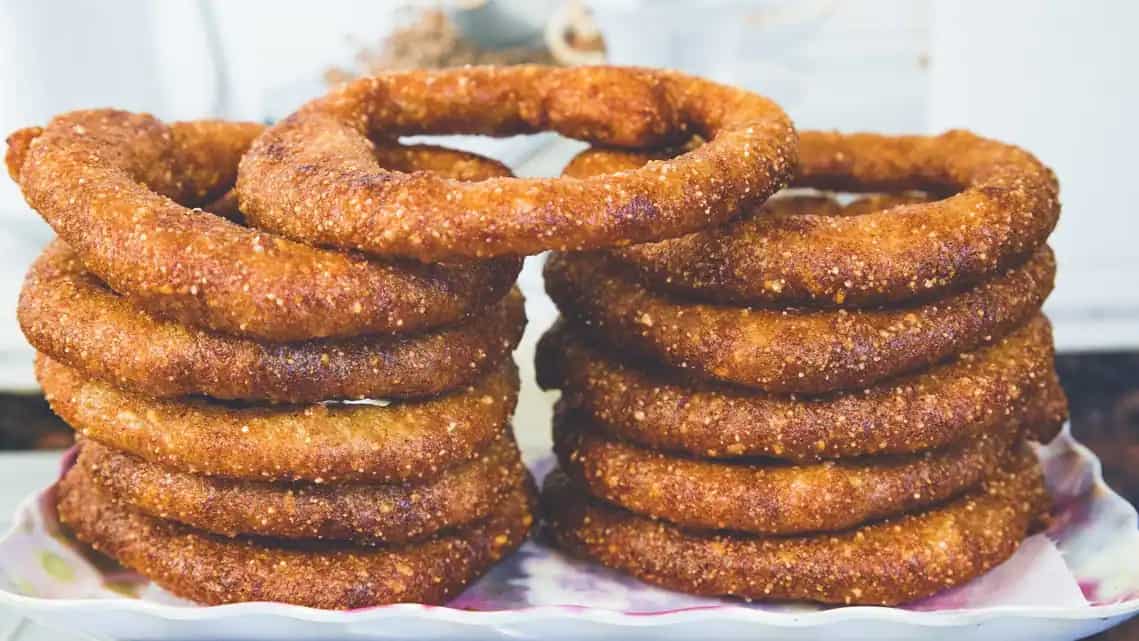 Try a recipe of Selroti to mark the Nepali festival Dashain

A Nepali cookbook for your Indian kitchen

Try a recipe of Selroti to mark the Nepali festival Dashain