Not that I mind spending New Year’s eve at home, curled up in my blanket chomping on chicken tikkas, but watching so many of my friends on Instagram ‘getting their call from the mountains’ right around the most exciting time of the year, did prove to be a bit of a bummer. However, it was in one of their stories that I also came across a traditional ‘Dham’. For most people in India, ‘Dham’ is a word that is often associated with a pilgrimage site, but in Himachal Pradesh, it refers to a lavish, community feast. Rugs are laid out in lawns and gardens, where people sit cross-legged waiting for a multitude of regional delicacies to be served one by one on their pattal or plates made out of leaves.

Even within Himachal, there are many kinds of ‘Dham’ depending upon the region. That’s right, Kangra district has its own way of preparing and serving the Kangra Dham, which would be different from the Mandi Dham or a Chamba Dham. The difference would be of a few dishes, a handful of delicacies celebrating vegetables and herbs that are locally available. For instance, mangoes make it to the feast in areas, typically in the lower regions of Himachal, where Mango cultivation is popular. Meat is very rare, but not absent from Dham. Khatta Gosht, is also a local favourite in very specific regions.

Madra, a curd-based gravy made with oodles of ghee and mustard seeds are the highlight of Dham, Chana Madra Rajma Madra are usual suspects, but if you are lucky, you may even find exquisite Madras, like the ones with mushrooms, cashews and other dry fruits.

Khatta is a gravy item with a sharp, sour accent. The tanginess is attributed to the mango powder; one of the most popular ‘Khatta’ of Chambaliya Dham is Kale Chane (black chickpeas) ka Khatta.

It is easy to deduce that lentils and legumes like safed chana, toor, rajma play a prominent role in the feast, that is either laid out if there is a wedding in the family, or an occasion of a similar scale. Cooked on low fire, in thick and large brass pots (charoti), the delicacies are given their own sweet time to soak in the flavours. Copious amounts of ghee and curd are used to give a luscious texture to the dish, but balance is maintained contrasting elements if required, like imli, that undercuts the heaviness with its tangy tone. Not just ingredients, the ingenuity of Himachali cooking can be witnessed even in simple techniques like Dhuni, where mustard oil is poured over hot coal, and then poured over dal, giving it a rustic, pungent smokiness like none other.

The Connection Between Dham and Kashmiri Wazwan

It is said that the idea of ‘Dham’ is inspired by the Kashmiri Wazwan, and the proximity between the regions does lend a lot of credence to the theory. Even though there is a massive difference in the delicacies and cooking styles of the regions, the idea of community-feasting impressed King of Champavati (modern-day Chamba), Jaistambh, so much after he visited Kashmir, that he ordered his cooks to recreate something similar. Initially, it was only out together by the Brahmins or Botis, and each item of the Dham was considered very sacred, later, it gained currency among people of other castes and communities too, especially in weddings. When people would get together to cook and feast, together. 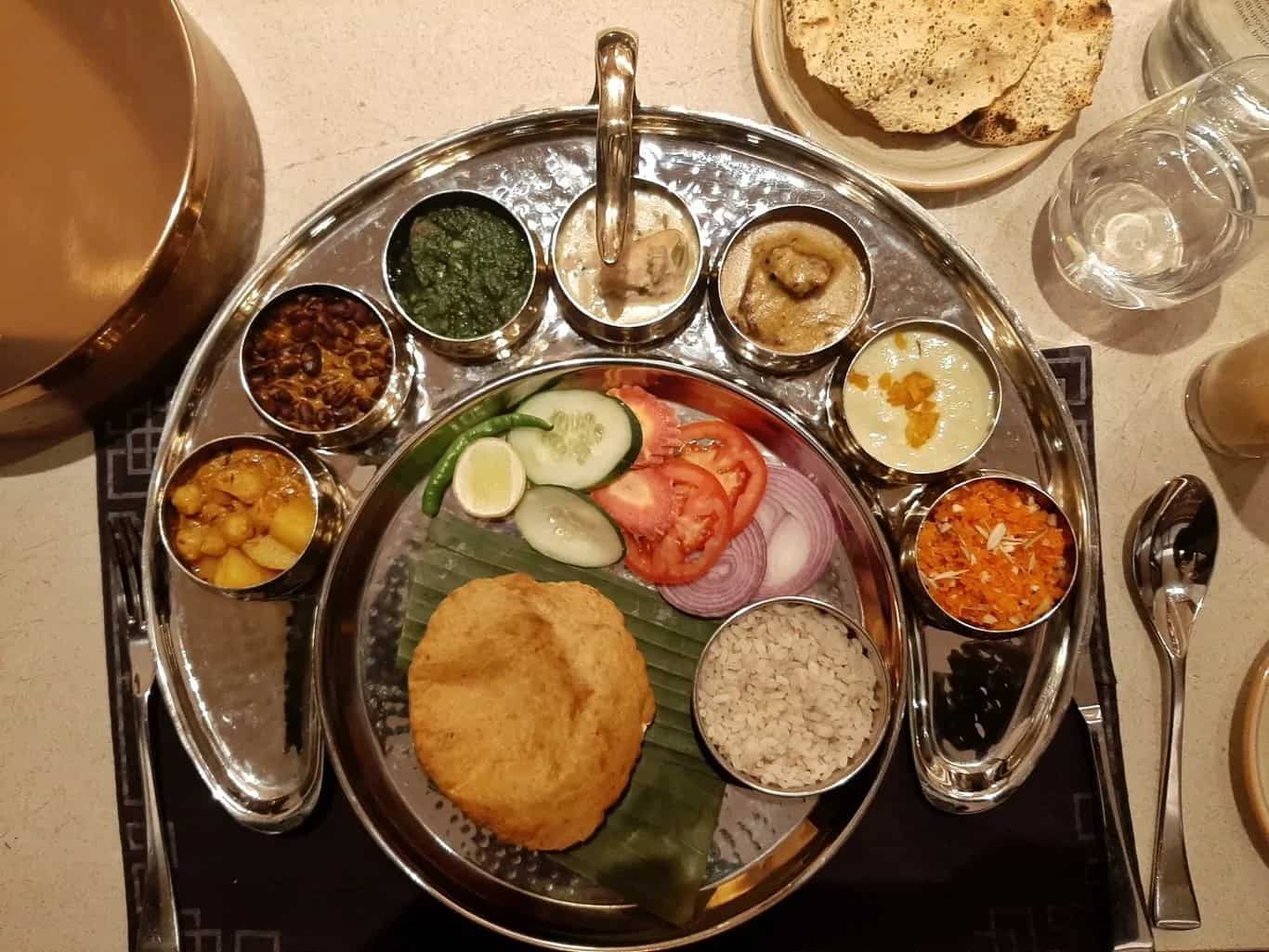 Have You Tried Traditional Himachali Food Yet? 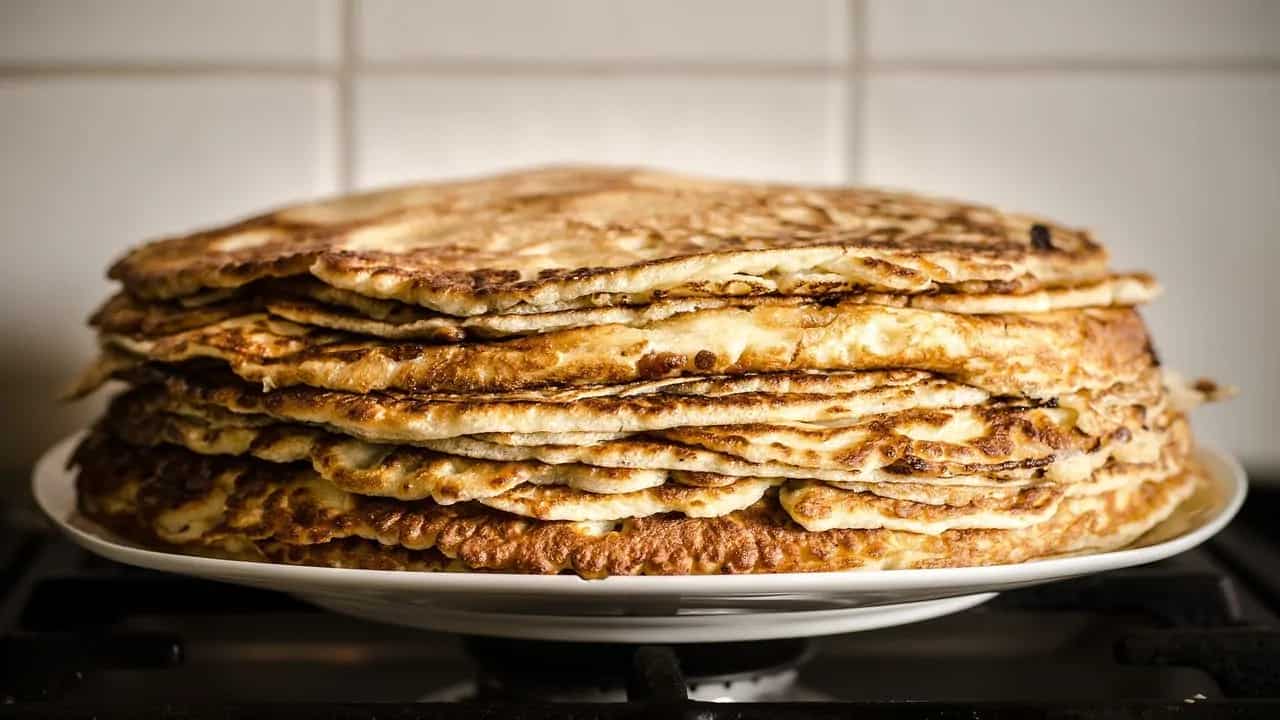 Did You Know Himachal’s Boodhi Diwali Tradition Awaits The End Of The Festival To Begin Celebrations? Chha Gosht: This Himachali Mutton Curry Is The Best Kept Secret Of The Hills

Have You Tried Traditional Himachali Food Yet?

Did You Know Himachal’s Boodhi Diwali Tradition Awaits The End Of The Festival To Begin Celebrations?

Chha Gosht: This Himachali Mutton Curry Is The Best Kept Secret Of The Hills