Evolution Of Indian Kitchen: How Are They Becoming Smaller And Smarter?

Unarguably, the kitchen is the heart of the home. Masterfully combining fun, food, and family, the kitchen is the hotspot for people to reconnect with their loved ones while experiencing gastronomic bliss. The humble kitchen is a safe space for one and all, as it skillfully combines the warmth of the hearth and the delicate palettes needed to appease hunger. However, there has been an enormous paradigm shift in the essence of the kitchen in recent years. Fifty years ago, the living room would be considered the multipurpose hub of the house. But in 2021, the scales have tipped in favour of the kitchen, where the family congregates, children study, and adults try new recipes. Throughout the lockdown imposed in India, numerous people have turned to the comforts of baking or virtually celebrating milestones over Zoom in the kitchen. By taking a trip through memory lane, one can truly understand the evolution of this modest space into the living and breathing entity it is today. Right off the bat, it is exceptionally crucial to decolonize ideas. Abhishek Chadha, CEO and Founder of The KariGhars, has made an astute observation that people favoured plain white kitchens a decade ago. However, in 2021, an increasing number of people have been looking for vibrant and eclectic spaces that also rely heavily on automation and state-of-the-art appliances like modern refrigerators, convection microwaves, and stand mixers, to name a few. Traditionally, Indian kitchen spaces were communal spaces where people of all ages and genders were welcome with open arms. But with the increase in high-rise buildings and the reduction of traditional bungalows, the next best option for an inclusive kitchen is by making it automated so kids and adults can bond over scrumptious meals. Traditional Indian kitchens never featured a sit-down dining table and chairs. Instead, food was meant to be savoured while sitting on earthen floors to extend gratitude towards Mother Earth. Another aspect that aided in this shift into the modern kitchen is the slashing down of the family unit. In the 1950s, the family unit was large, where generations of families lived together in a large building with an open courtyard. In the 21st century, families have continued to become smaller. The glory of the joint family of yesteryears is nowhere to be seen, as people are opting to live in high-rise buildings in nuclear units of four or five people. Abhishek remarks that despite the family unit sizing down, the recipes made by the modern cook are incredibly elaborate. So modern cooks are spending more time in the kitchen, and by the end of the day, they have a mountain load of dishes to do or mess to clean up. A simple automated touch is what the current family needs in today’s kitchen, where managing everything is a breeze, especially since time is a luxury few can afford to spare. 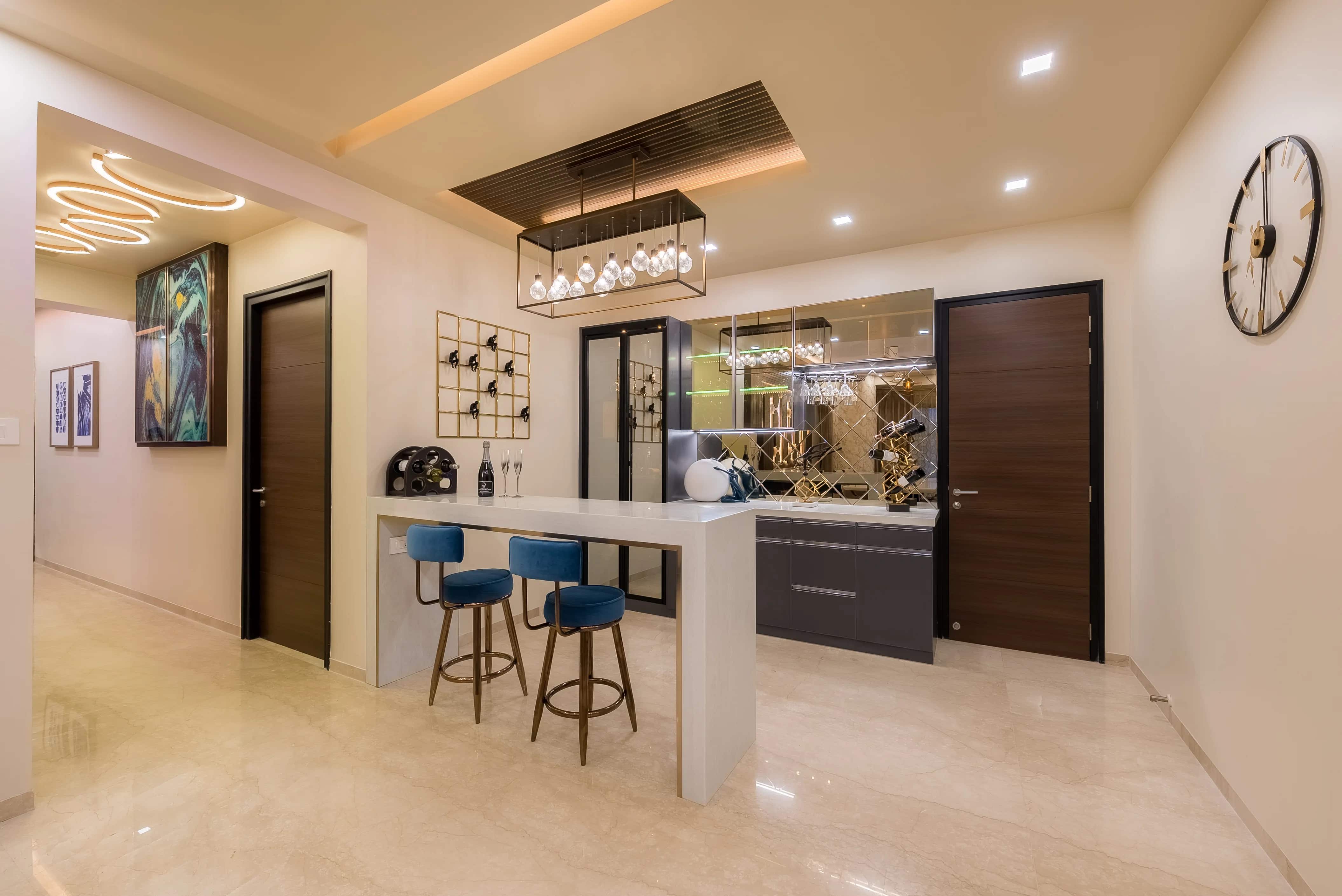 Science and empathy have amalgamated together. This resulted in the rise of prefabricated kitchens since the turn of the century. So, for instance, in North India and adjoining areas, the tandoor was famed for making Rotis. However, the tandoor has been replaced by a convection oven that makes fluffy cupcakes. While these practices are essential for pan-India citizens, convenience is paramount when cooking in the modern-day kitchen. Aashita Chadha, CFO and Co-Founder of The KariGhars, reiterates that automation is the name of the game. While villages and small tribes are relatively untouched by the modern wonders of technology, the urban Indian population is quickly drifting towards automated services offered by dishwashers and washing machines. While a tandoor yields delicious food, she acknowledges that time is a commodity in a fast-paced environment, so clients opt for ease of use over traditional methods. Sometimes, high-tech appliances are not just for ease of use, but safety takes precedent when making choices. For example, in the 1970s, villagers used to drink out of a well, a hand pump, or a Tamba matka. But these days, it is impossible to drink directly out of the ground as it has been depleted and is highly polluted. In such cases, it's a wise option to replace the cumbersome Matka with a water purifier system fitted into the refrigerator or a wall.