Easy Banana Fry: A Sweet Treat For Your Breakfast Cravings

Easy to make, full of protein and amazingly delicious. There is a saying that goes ‘Breakfast like a king, lunch like a common man and dinner like a beggar’, however, the fast paced life now-a- days has made it extremely difficult to follow it. We all have to rush to our schools, offices, institutions, businesses, classes and god knows where that even 24 hours isn’t enough in the schedule of an average human. In the chase to look for healthy breakfast options, millennials are switching to packaged foods and options like macaroni and spaghettis because they are quite easy to assemble and tasty to eat.

A healthier option to this is the inclusion of fruits in our everyday diets or breakfast tables. While one might get bored of fruit custard or a fruit chat, there are thousands of other recipes that could be made using fruits. One of the healthiest members from the fruit fraternity is bananas. Some people believe it is also the first fruit of the world. Said to have originated in South-East Asia mainly India, bananas were brought to the East by the Arabs in 327 B.C. They moved from Asia minors to Africa and finally to the new world by the Carribean missionaries, the then explorers. The mass production of bananas started in 1834 and by the 1880’s , bananas were being produced all over the world. 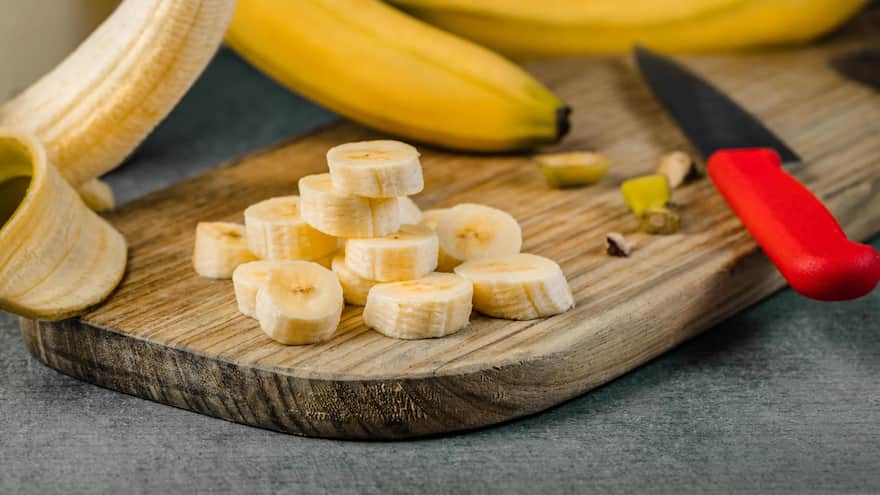 But you see, bananas have always been special to India, not because the country is its place of origin but also for being easily available and grown everywhere in the length and breadth of the country and due to its religious values too. Not just the fruit but the leaves of the banana tree are an extremely important ingredient in cooking, especially in the southern part of the country where most bananas are grown.

1. Take 3 pieces of Bananas. Remove their peel. Cut them into half. Now, cut the pieces of half into 1 inch thick pieces.

2. Now, sprinkle some sugar on them.

3. In a pan, heat a spoon of butter. Fry the bananas till golden brown. Sprinkle some sugar again. This is going to lead to the caramelization of the bananas.

4. Flip the pieces of bananas and make sure they are crisp.

5. Now, take them out on a plate and spread malaai on top of them. Grab some pistachios and chop them into small pieces, Garnish with it.

Now, you know when your child is in a hurry to catch the school bus or you have a dilemma between rushing to the office or having breakfast, you know what you can do to satiate your hunger without actually wasting your time in preparing lengthy and heavy breakfasts. Try it out soon! And why don’t you, are you bananas?

5 Ways You Can Make Use Of Overripe Bananas

This Is How Banana Peels Make Baking Healthier