Doughnut Day 2022: Celebrate The Day With These Top Recipes

The colourful sprinkles and attractive shape of doughnut makes us instantly fall for its melt-in-mouth sweet and luscious taste. But do you know the story behind the invention of doughnuts? 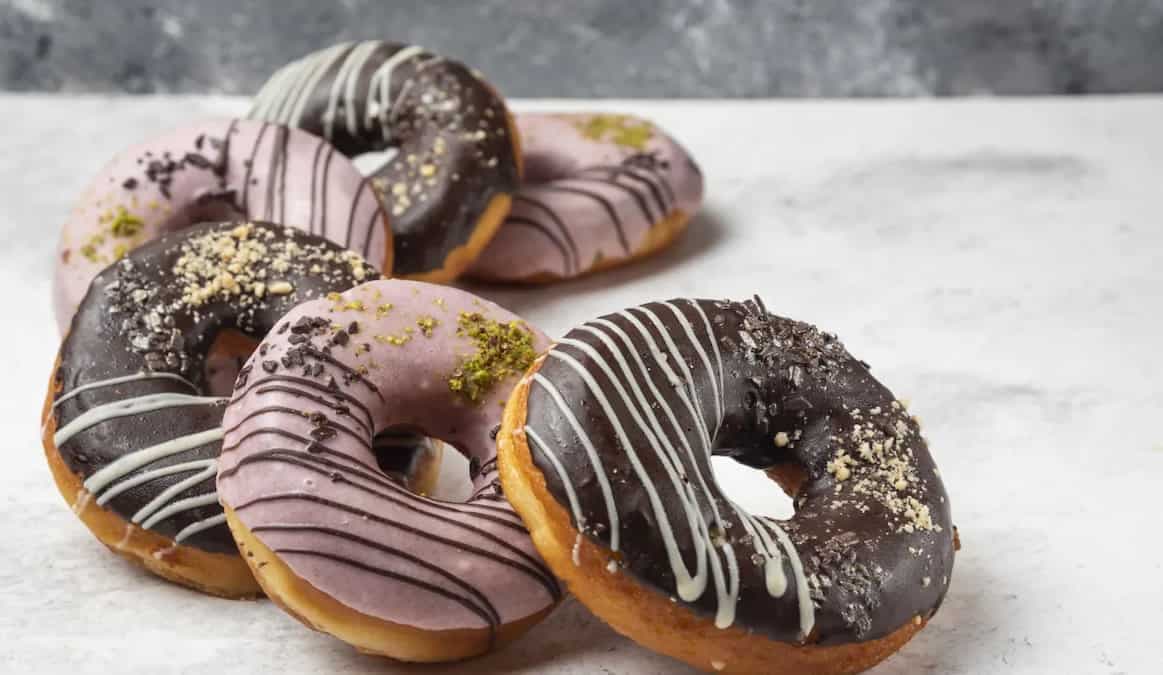 Doughnuts topped with oodles of fresh whipped cream and chocolate sauce can surely make anyone’s day, isn’t that true? And if you’re one of those who swear by doughnuts and drools by the mere mention of it, National Doughnut Day (or National Donut Day) - marked in the US is definitely a day for you to celebrate too. In 1938, National Doughnut Day was created by the Salvation Army as a tribute to the women who served doughnuts to soldiers in World War I. Ever since, the day is celebrated in the US on the first Friday of June every year. While the reason behind celebrating the day might be tied to history, for doughnut lovers, the creation of this sweet treat is enough of a reason.

Doughnuts are such that it’s not just kids who love them. People across age groups often slurp at the mention of this sweet delight, and we aren’t surprised. The colourful sprinkles and attractive shape of doughnut makes us instantly fall for its melt-in-mouth sweet and luscious taste. But do you know the story behind the invention of doughnuts? While the name comes from the shape of the food item, it was called doughnut because it’s filled with nuts and stuff and made of dough, and so it became dough-nut.

The invention of doughnuts has no proven evidence. According to some, the Dutch were the first to come up with it. Inspired by the mid-19th century Dutch olykoeks, a type of oil cake, doughnuts were brought to light. The Dutch brought these olykoeks with them when they travelled to the US, but the centre of these oil cakes didn’t really cook well, and hence they decided to stuff them with nuts. But Captain Gregory of an American ship had different plans, and he created a hole in the middle of the crispy fried ball of dough to do away with the problem.

In 1920, Adolph Levitt invented a machine to automate the production of these deep-fried rings and sell them in his bakery. Today, doughnuts are loved by people across the world, so much that it is no longer limited to just a sweetmeat. One can find options like bacon doughnuts too.

One of the best bakery items, doughnuts can also be made at home easily, to be enjoyed with your family too. And if you are wondering how, we’ve got some great recipes right here. Making doughnuts is as easy as any other dessert you have been making at home. Here are some doughnut recipes to suit your taste and cooking preference.

For those who love some vibrant colours on their plate, these unicorn doughnuts are a perfect pick. These simple doughnuts transformed into adorable unicorn treats with colourful glazes and magical sprinkles are sure to melt many hearts.

Trying to make the classic doughnuts for the first time? Keep it simple with just some wheat flour, baking soda, butter, sugar and salt.

Get your homemade bite-sized doughnuts rolled in cinnamon sugar or drizzled with icing. Cinnamon makes for a yummy addition to sweet treats and this delightful doughnut is no different.

So, which doughnut are you going to try today?

Have You Tried Paal Bun? Tamil Nadu’s Own Version Of Doughnut

Woman Pulls A Prank On Co-Workers With A Box Of Doughnuts; Leaves Netizens Amused