Do You Know These Chillies Have Shaped Indian Food For Ages?

With Portuguese coming to India, chillies were first introduced, that too in Goa from where it spread to the rest of country. Can you imagine how food would have tasted before 15th century? Where would the dishes get its hotness from? Until half a millennium ago ingredients like potatoes, chillies, peanuts, papayas and pineapples and more didn’t even feature in Indian cuisine. With the entry of Portuguese in India, chillies came here first and was introduced in Goa and from there it spread to the rest of country.  Not to miss those peppers had been cultivated before this in Bengal and around Malabar Coast too.

Here are few varieties of chilli that India today boasts of.

Mostly found in Mathaniain Rajasthan, the Maithaniya chilli is not spicy but is great option when you are looking for that bright red colour for your dish.  Getting it’s name from the region, this chilli is mainly used in Laalmaas which guves the dish it’s pungency and taste and colour. Fresh maithania chilli are also soaked in mustard oil for making of mirchi ka achar. Hand-picked and dried Maithaniya chillies surely sharp in taste. 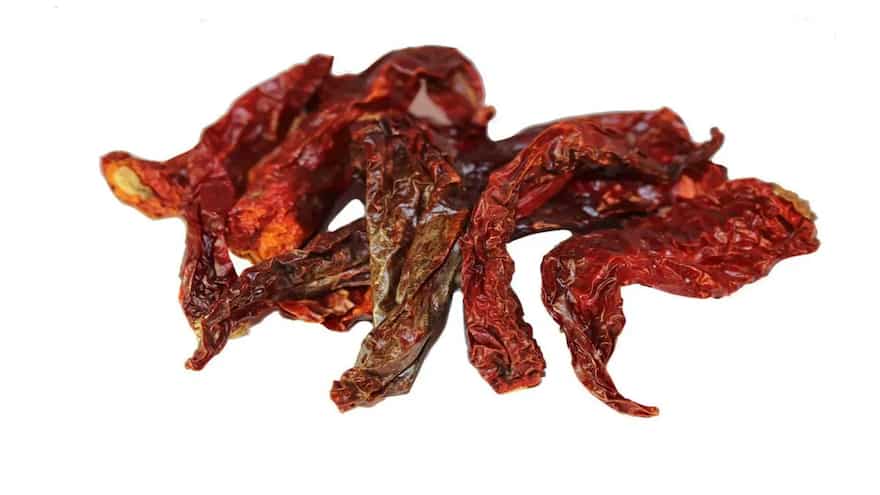 This chilli as the name says is from Kashmir and also in some parts of Himachal. Basically known for the bright red colour that this chilli imparts, this one is not hot in taste. This rounder and less pungent chilli which is mostly used in all Indian food restaurants and even in homes Kashmiri chillies used in its powdered form, sees a very pleasant aroma. The rogan in rogan josh is courtesy this chilli powder.

One of the hottest chilli in the world, Bhoot jololika (ghost pepper) a type of chilli found in North east region on India (mostly Assam) are bomb of flavours. Super-hot only a tiny bit in enough to add that extra pungency to the dish. This hottest peppers in the world sees a very unique skin. This naturally grown pepper is mostly used as pickle, or in dried form or in fermented form. 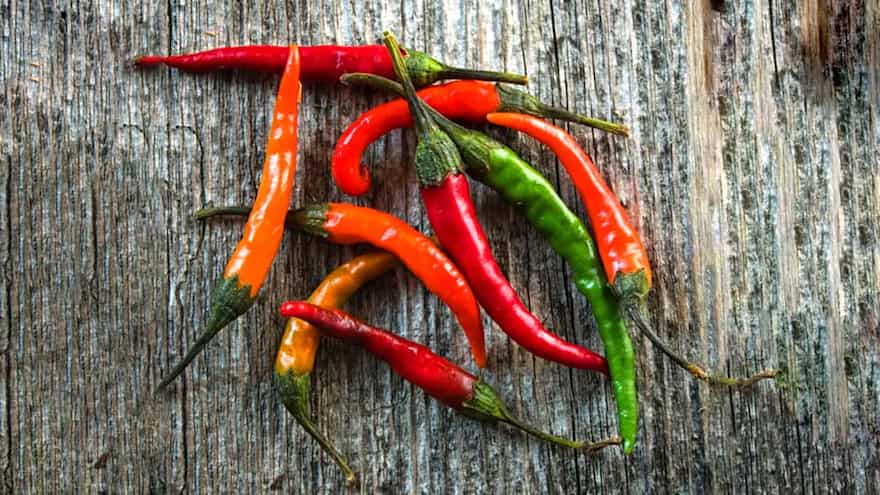 Grown in Gujarat in Mehsana and Kheda region, Jwala chillies (jwala” in Sanskrit means “an intense flame”), are also fall under the hot pepper category. This thin long wrinkled chilli which changes colour when ripe from green to red. This is a Cayenne-type chilli is mostly used as an accompaniment with samosa, vada pav, etc. For those inclined to spicy foods, this chilli is just perfect for them.

This Chilli from Andhra Pradesh, sees a very distinct rich red colour along with having a hot flavour. The skin of the crushed chilli is thick, red, and hot. This popular variety of chilli sees less seeds, compared with other varieties of chillies. Semi wrinkled and longer in size this chilli is used in both dry and fresh state.

Green or red chillies: Is one healthier than the other?