Cook This Berry-licious Cheesecake Without Oven 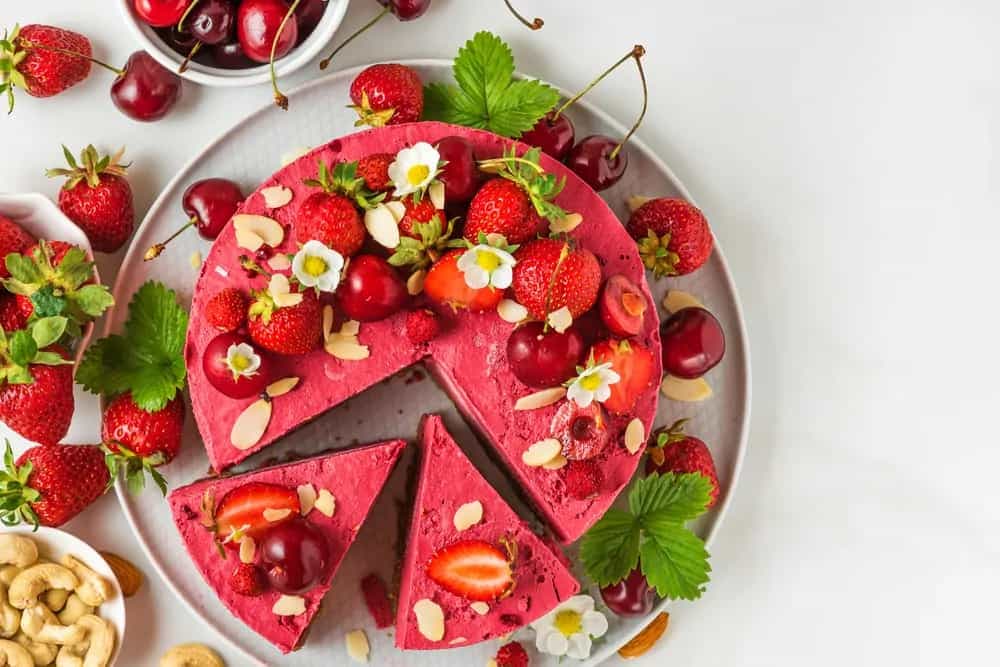 What is creamy, crumbly, and melts in your mouth as soon as you grab a bite of it? Hold those horses, it is a cheesecake. The moment this piece of delicacy enters your mouth, there is no stopping. It just gets better with every bite. Traditionally, a cheesecake is supposed to be baked with cream cheese, butter, and eggs. It is then flavored with a wide variety of berries like strawberries, blueberries, raspberries, or other toppings like chestnut, toffee, coffee, and red velvet. But now, with the time passing by new and innovative choices of toppings and methods of making cheesecakes have come up. Some people set it in the refrigerator rather than baking it, while others bake them in different utensils rather than using a conventional oven. Let’s take a look at how this mesmerizing piece of cheesy beauty came into existence.

Believed to have originated in ancient Greece, much before Romans adopted the dish, the earliest form of cheesecakes were made with a patty of fresh cheese which were then pounded smooth with flour and honey. Considered a great source of energy, it was served to athletes during the first Olympic games. It was a popular wedding dessert also. Then, in the late medieval times, it transformed into a tart form. The English fell in love with the dessert and it became quite common to see different recipes of cheesecakes being included in English cookbooks. It eventually made its way to the American colonies around the 1730’s. It was in the 1930’s that cheesecakes were revolutionized forever when traditional curd cheese was replaced with cream cheese, a healthier, tastier, and creamier alternative. New Yorkers became obsessed with cheesecakes and invented the gorgeous New York cheesecake which started gaining popularity all around the world.

Well, now that you have read the history of this sweet treat; you must be craving one, aren’t you? So we have a slow-cooked cheesecake recipe for you to make even without an oven. The recipe consists of two components, a cheesecake and Berries compote

Now, cover the cheesecake with the berries compote and enjoy a taste like never before. We are sure that this berry-licious creamy cheesecake is luring enough to get you to start cooking it right away. Do let us know if you tried this recipe. Happy Cooking!

How To Make Cheesecake: 3 Tips To Ace It By Yourself