Coffee, Coffee, Which Coffee Do You Want? When I went out with my 20-year-old nephew for a coffee recently - not to your typical Starbucks or Café Coffee Day, but to one of those new-found ‘roastery cafés’ that roast and grind the coffee they serve - I took a while to understand the coffee options listed on the menu.

It simply wouldn’t do to order a cappuccino that was too lame a choice to be ordered, especially when the nephew was a coffee head. And not with so many trending coffee options clearly on choice, which fellow diners (read: mostly millennials) were sipping on, with some cool, peppy numbers playing in the background. I must hasten to add here, I consider myself more of a tea enthusiast. So, put me in one of those dainty tea parlours, and I will airily order my Oolong and First Flush Darjeeling, but when it comes to coffee, it is usually espressos, cappuccinos and most certainly South Indian filter coffee, whose unmistakable aroma and flavour very few non-coffee drinkers can resist. I mean I know a Latte from an Americano, but that is where my coffee know-how ends. Even Cappuccinos Are Getting A Brew Makeover/ Pic- Roast 24 Seven

So, to keep up with the Jones, I finally ordered a cold brew. I had seen it trending online and offline on the menus in a few cafes too but had resisted the transition, so far. I was offered fresh/whipped cream as a topping as well as flavours like apple and cinnamon, tender coconut, but I wanted to try a cold brew, just as it was. And while I found the sharp kick of caffeine overwhelming, there was a distinct ‘it factor’ about the chilled coffee notes without sugar and milk, which I was told wouldn’t alter the taste much. That was most certainly an ‘aha moment’ for me.

Cold brew is named so, as the freshly roasted coffee is steeped in room temperature or cold, refrigerated water and allowed to steep gradually over some hours, a longer period than it would if brewed in hot water. The coffee tastes smoother and more rounded than a regular hot brew as it has been steeped longer. Cold brews, I learnt, can be also nitrogen infused, when the brew is put into a keg and nitrogen is infused in the keg under refrigeration. Nitro brews are to coffee what tap beers are to beer, they add that sparkle and a cascading effect, with a foamy head topping your brew, as the nitrogen gas gets to do its sparkle act on the coffee beans. Alchemy, anyone?

A quick chat with Urvaksh M Bharucha, head roaster and beverage manager Roast 24 by Seven, got me more updated on how coffee drinking culture is changing rapidly across India. Techniques of coffee brewing are also a subhead of coffee menus these days. If you order a plain cappuccino, chances are that the brew master might ask if you would like an AeroPress or French press, pour over or would you like to see him make a syphon coffee for you?

Syphon coffee making adds quite a theatrical element to your coffee drinking ritual. A two chambered glass contraption is brought to your table and water is heated in the bottom chamber. Freshly roasted and ground coffee is added to the top chamber and the heating source at the bottom is cut off. The vacuum created at the bottom spurts the water to the top and the decoction is then syphoned off through a clean cloth filter and tada, Syphon coffee for you! It’s up to you to add milk and sugar to taste, but go black to appreciate the clean and creamy coffee notes of this textured coffee.

So, it looks like coffee making is as magical as brewing of wines and other spirits. No wonder, youngsters like Urvaksh, who started out as a mixologist, are getting increasingly attracted to the coffee bean and learning the skills of a brewmaster. By the way, the two, spirits and caffeine can be intertwined in interesting ways too. When I, all intrigued, enquire about a NA (non-alcoholic) whisky sour on the menu, the brew master informs me that the coffee beans have been stored in whisky barrels to give it that unique added aroma. Well, I will be darned, I mutter. Have your whisky, amigos, what’s with the mixing, I might think but there are people who like it, apparently, to be on the menu. 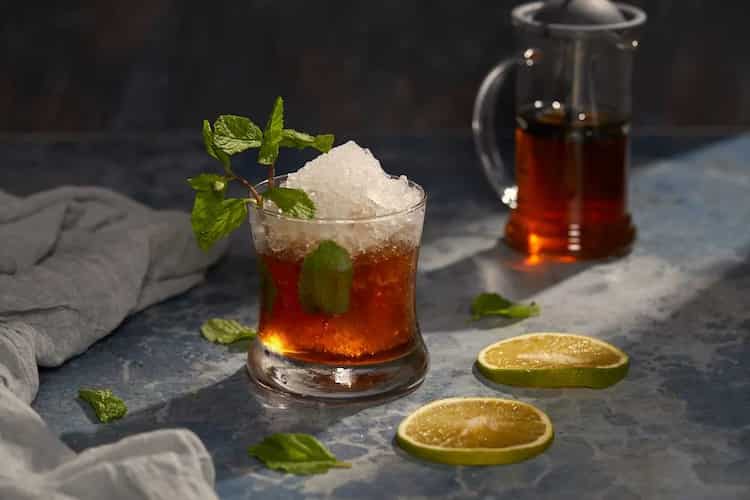 So, is Vietnamese egg coffee, which is a coffee brew topped with a custard made of egg yolks, condensed milk and a dash of vanilla essence (to cut the eggy smell). It is named so because it originated in Vietnam but is quite popular in the West, especially in Australia.

While coffee-making merchandise is being retailed these days, along with crockery, the ways of serving your coffee are also changing. For example, if you are in a hurry, and want to grab a coffee, fear not as you can get your coffee, completely spill proof, in a can. If you want to have your cold brew in peace at home, brands like Blue Tokai offer you cold brew bags too and pour overs are available online with several players.

The pioneer in giving coffee drinking a community feel, with its unique cafes offering a spacious, informal and comfy vibe, the Hyderabad-based Roastery Coffee House, has opened multiple outlets in Kolkata (a tea-drinking city), Noida, Delhi (in the buzzing f&b space of Khan Market), Lucknow and Jaipur and has plans for more cities. This is in a period of just five years since inception. Its founder Nishant Sinha, a hotel management graduate, clearly had the vision that coffee culture was set to grow and specialty coffees did grow in awareness and online presence during the pandemic years, and we are not just talking about Dalgona coffee, which nobody wants to remember.

And the very fact that the much-trending café Roast as its name suggests is open all day, all week goes to show how coffee has plenty of takers in India today. Blue Tokai, Koinonia Coffee, Araku Coffee etc are a growing tribe of indigenous artisanal coffee blends, and that’s surely good news for caffeine addicts. So, next time you order your coffee, ladies and gentlemen, be coffee bean/roasting/technique savvy. Cheers!

Beat The Heat With Vietnamese Coconut Coffee, Recipe Inside

You Might Be Using The Wrong Cup To Pour Your Coffee