Chunky Pandey featured as Aakhri Pasta in the comedy film, Housefull and we saw his note to self at IIFA for the same. 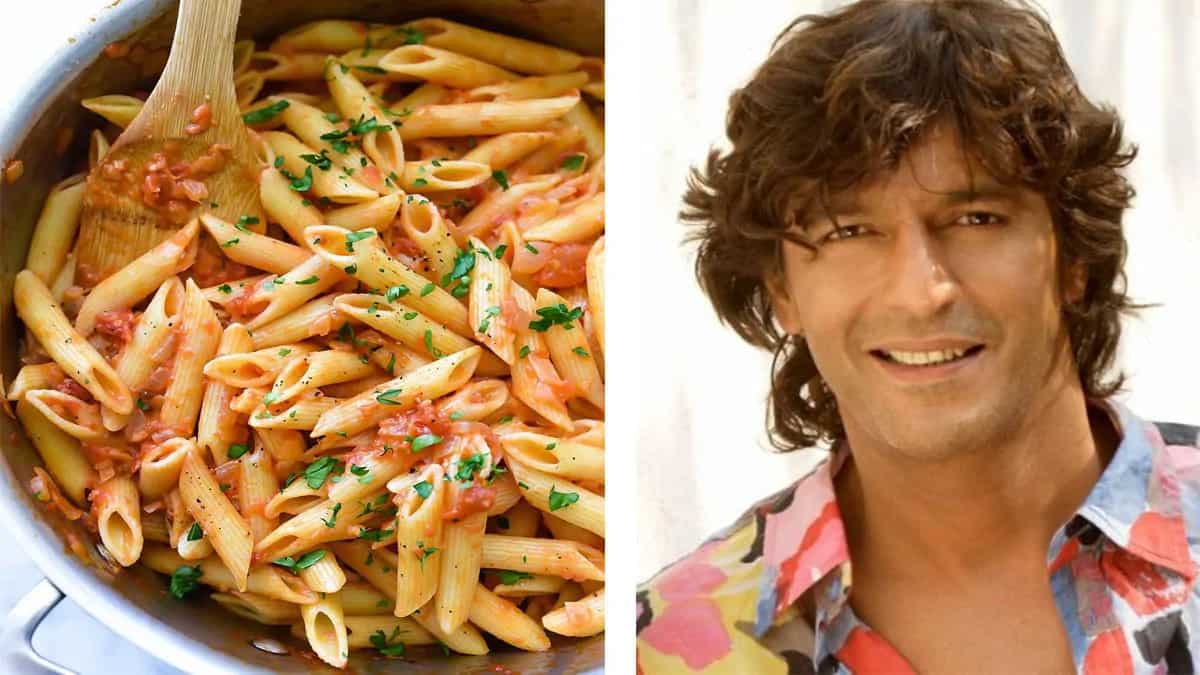 The venue for the annual IIFA awards was United Arab Emirates this year. Being held in Abu Dhabi this time, all the stars from the Bollywood industry were there to attend the awards. Be it veteran actors like Chunky Panday or newbies of B-town like Kriti Sanon, everyone was there to perform and enjoy the function. Amidst the mind-blowing dance performances and melodious music, we spotted Chunky Panday receiving a note to himself. The actor who is well-known for his comic timing and witty humour was there for the entire series of events. The 22nd round of these awards was hosted by Yas Island and Chunky Panday graced the occasion with his presence. His daughter, Ananya Panday was there too. The Housefull actor is also a big-time foodie like his daughter.

He joined Shilpa Shetty and Ananya Panday in their Sunday binge some time back and has revealed in several interviews that he doesn’t like to cook but eat. Chunky Panday’s iconic character from Bollywood film series, Housefull, is also inspired by a dish. He is called ‘Aakhri Pasta’ in the film and his character often says the dialogue, “Aakhri Pasta on London raasta”. This humourous character took an interesting turn at the IIFA awards this year as Chunky Panday got a note for himself. He posted a picture on his Instagram story, with a bowl of uncooked macaroni and a fake moustache placed at the centre of it. On a tissue paper, the message read, “Note to self, Throwback to Aakhri Pasta” and a few hand-drawn moustaches on both the sides. This left us in splits and we still can’t stop laughing. It made us recall all the comic moments and scene from the film and we enjoyed watching his stories a lot. Now that we’ve mentioned pasta, how can you leave without the Aakhri pasta. Here are a few pasta recipes that you can try at home.

Shaped like flat noodles, tagliatelle is a great pasta type to enjoy with seafood. The salmon is smoked and finely sliced before being added to the boiled tagliatelle. Spruced with crushed garlic, butter and white wine, the pasta has a creamy texture due to the addition of double cream. Sprinkle some lemon juice on top and add some spinach for the greens.

For this recipe, rigatoni is cooked in a tomato-based sauce, mixed with capers, anchovy and brown onions. Add to this some red long chillies and olives for a spicy and tangy flavour. The thick sauce is mixed together with the pasta and garnished with shredded basil and grated cheese. Serve hot for the best taste.

This is a tube-shaped pasta which is baked with loads of sauce and cheese. Stuffed with fresh pumpkin, and low fat cream cheese, the cannelloni has spinach, tomato puree and lots of herbs like thyme. Garnish with pumpkin seeds and some bay leaves and you’ll never go back from here.

Watch: This One-Pot Pasta Is A Great ‘Lazy Dinner’ Recipe