Nowadays, tongue-numbing chilli oil is not only paired with noodles, pasta, salad dressings, or bacon but is also drizzled over vanilla ice cream.

Isn't it confusing to think of two very different flavours coupling up in a fusion you may have never imagined? That is exactly something we thought about chilli oil ice cream. But did you know that chilli oil on ice cream is a pretty serious thing that took off successfully in China?

Nowadays, tongue-numbing chilli oil is not only paired with noodles, pasta, salad dressings, or bacon but is also drizzled over vanilla ice cream. In fact, when McDonald's got wind of the trend, it launched a soft serve with chilli oil on the menu in China for a limited period of time in 2020. Yes, such is the trend! However, it looks like the trend has been going strong since then, and the dessert item is still on their menu.

It is true that the Internet is fraught with crazy food combinations, and strangely ridiculous things are done to satirise the culture of eating fancy food. When people heard about this trend, there was concern that the trend was giving people diarrhoea, and many also thought that writers and video creators promoted anything silly to increase their reach, but the trend seems to be a case of genuine innovation.

There is no doubt that people are getting accustomed to chilli oil on ice cream, a spicy-sweet pairing that is a bit unsettling to think about, but also rather delicious when eaten. Chilli oil, a condiment in China, includes crushed chillis swimming in oil that impart a crunchy texture to the ice cream, while also adding heat.

On the videos which had gone viral on the Internet, you may have seen how chilli oil is added to ice cream. It is believed that the trend originated on TikTok, and got picked up by major brands, as this one seemed to have found its way to people amid all the other, uninspired inventions. It shot to fame in 2018, and the offering expanded in other parts of the world such as USA and Europe. We wonder whether you have tried it yet? 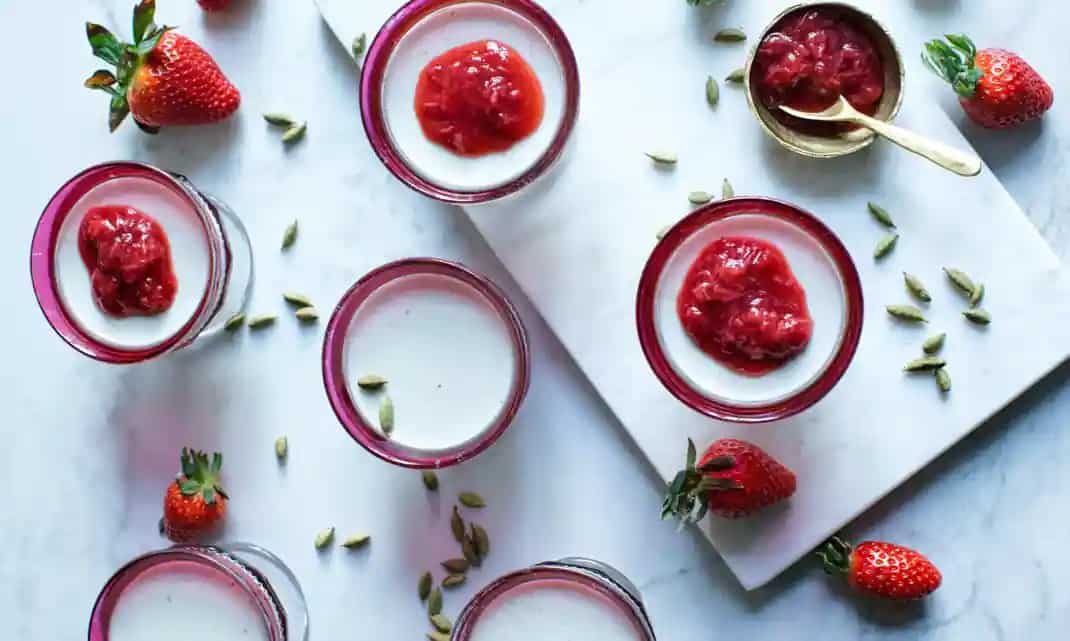 Savoury and sweet recipes with strawberries Bright And Beautiful: Try The Cherry Lemonade This Summer To Hydrate Yourself

Savoury and sweet recipes with strawberries

Bright And Beautiful: Try The Cherry Lemonade This Summer To Hydrate Yourself