Chickeera’s Ashets Are Redefining ‘Meal For One’; Review And Exclusive Recipes 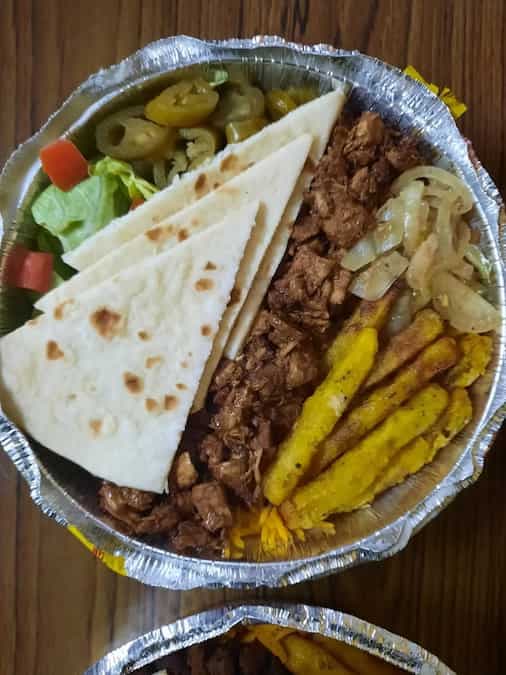 We love places that take chicken lovers like us, seriously. I mean, yes, we love the standard wings and nuggets, but we can definitely make room for some variety. Especially when we know how versatile chicken really is. Chickeera, one of the fairly new cloud kitchens that is stirring up a storm in the capital with its unique offerings. Chicken is most definitely the hero, but you will also find options in lamb. If you fancy Middle-eastern food, you are most certainly going to be impressed by the options that not only taste great but are also decently priced. From Ashets, to Pitawich (a quirky sandwich made of pita and veggies), falafel to Mozerella onion rings, Chickeera’s Middle-eastern fare comes with a touch of New York, that’s right, a lot of these dishes are inspired by the Middle-eastern food sold on the streets of New York. We tried a couple of items on the menu, and here are our thoughts.

We started out with the chicken wings, we ordered two, one in Peri-Peri sauce which was had a nice, crunchy exterior and hot, spicy flavour. The Buffalo Sauce chicken wings were saucier in comparison, they were also hot, but there was also a certain sweetness to it, that was actually accentuating the spiciness of the sauce. Next, we tried our hands on the Mozzarella Onion Rings, which look a lot like doughnuts with a crispy body, beneath which lie melted cheese and a crunchy onion ring. It is a nice starter for those who are not too big on spicy starters. Coming to the highlight of our meal. The Ashets. Ashet simply means a large dish or a tray. Chickeera’s ashet is essentially a rice bowl, but bulkier. So, in one typical Ashet, you would find perfectly cooked rice, neatly stacked with salad, sauces, protein (either chicken, lamb, or mushrooms), slices of pita bread, and other toppings of your choice such as caramelised onions, jalapenos, pickles, pepper etc. We ordered the BBQ chicken ashet and lam gyro ashet and both of them were scrummy and wholesome. We also fetched the recipes of two of our favourite Chickeera offerings. Have a look

1. Cut the wings into 2 pieces and marinate them with all the ingredients

2. Fry into the fryer until cooked properly.

2. Add the cooked flavored rice to a bowl and add a few drops of water.

3. Place the rice in the oven for 2 minutes.

4. Combine all ingredients, including the grilled pita bread, into a mixing bowl (as shown in the picture)

5. Serve them warm with white sauce and gun powder