Bombay Duck Is Not A Duck, But Why Is It Called So?

What's in a name? Quite a lot Bard, quite a lot. Countless people have called Indian cuisine a potpourri of varying cultures, foreign influences and local ingredients. This is a country that is renowned for its long association with vegetarianism, and also a country with a coastline that stretches more than 7516 kilometers, which means lots and lots of delish seafood. Both sea and river fish are cooked in myriad ways in India, along with other marine creatures such as crabs, shrimps, prawns and lobsters. From the Shorshe Ilish of Bengal to the Karimeen curry of Kerala, we are surrounded with classic fish preparations that can make us drool at the mere mention. Bombay duck or Bombil is another popular sea-food delicacy of Maharashtra and Karnataka, which is not only known for its piquant flavours but also for its unique name. 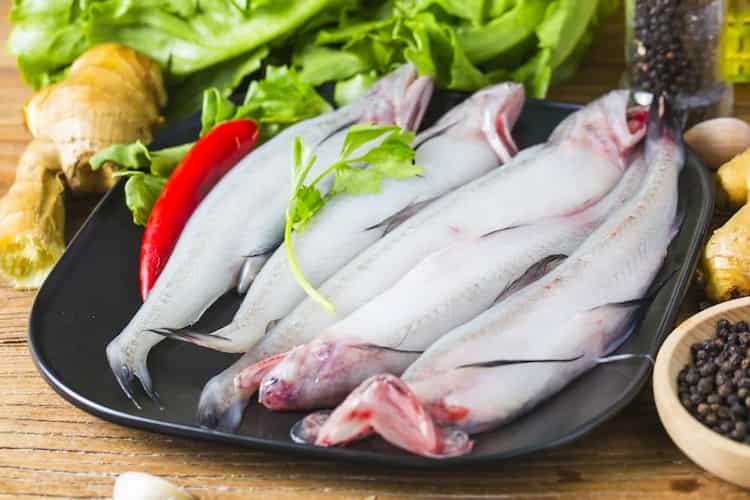 Bombay duck, nor is it exclusive to Mumbai, so why the peculiar nomenclature?

The origin of the name is uncertain. There are many legends associated with it, some plausible some utterly bizarre, but before we jump to that, let’s understand what is Bombay Duck (Harpadon nehereus)?Also known as bummalo, boomla or Bombil, Bombay duck is a species of lizard fish. That’s right, it is a fish and not a duck, and in marine community it is also called a ‘strange fish’ because of its uneven distribution across Indian coast. It is a prized catch among fishermen of Maharashtra, Gujarat and Lakshadweep. However, it is also found in Bay of Bengal and further east, albeit in small numbers.

The fish which is about 25 centimeters in length, one of the most iconic preparations of Bombay duck is Bombil fry. The fish is coated in a slew of hot masalas and fried on pan. It is sometimes also cooked with curry and eaten with rice. Now coming to its strange name. As per a popular belief, when the railway lined were introduced by the British, wagonloads of dried fish. The stench was unbearable but they had to be transported across the interiors of west India. These crates were transported via mail named ‘Bombay Dak’ (Bombay Mail in English). Soon the stinky dried fish came to be known as Bombay Dak, which later gained currency as Bombay Duck.

Some also say that Bombay duck is an anglicised version of ‘Bombil Tak’. When fishermen laid out their catch, to sell their Bombil, they would shout ‘Bombil tak, Bombil tak’. The white English, who were actually pretty fond of the soft, juicy, fleshy fish, started calling it the Bombay duck.

As per some people in Bangladesh, the name Bombay Duck was first coined by none other than Robert Clive. He tasted the fish when he was in Bengal and said the pungent smell reminded him of mails that would come into cantonments from Bombay.

While there are legends galore, it cannot be denied that the name Bombay Duck for Bombil fish was fairly common throughout 17th century, as evinced in many English texts written during the time.

Are you craving some Bombay Duck fry now? Here’s a recipe you should try right away.

Karanjis: A Special Dessert From The Maharashtrian Feast