Beyond Alphonso: 8 Varieties Of Mango That Are Native To India

A look at local mango varieties that range from pulpy and sweet to less dense and tart. The onset of summer is often marked by the aroma of fresh mangoes in Indian kitchens. Green, yellow and reddish, all colours of desi mangoes line crates and refrigerators when the season for them arrives. Cut into wedges or eaten as chunks, mangoes are the quintessential Indian summer fruit that most people look forward to. We list eight varieties of mango that are native to India:

Himsagar is considered to be among the five best mangoes in India. This variety hails from West Bengal and Odisha, and has a yellow to orange pulp without fibre. Himsagar is popular because of its relatively long shelf life and substantial amount of pulp. It remains green in colour even after having ripened fully. Also called ‘the alphonso of the South’, mulgoba is native to Andhra Pradesh, Karnataka and Tamil Nadu. This variety remains green after ripening, too. It has a large seed and hence less pulp, which is rich in taste and has no fibre. Despite all of its unusual attributes, mulgoba is sweet and tasty. 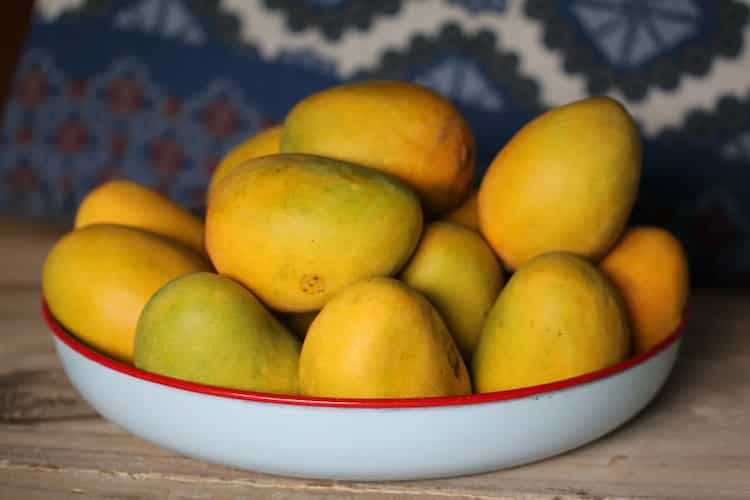 Benishan is fondly called the ‘South Indian king of mangoes’. It is commonly cultivated in the town of Banganapalle in Andhra Pradesh. Large and heavy, its skin is thin, smooth and yellow. Since it is clean in appearance, the skin of this variety of mango is edible. The flesh is firm and meaty in texture.

Mainly grown in Andhra Pradesh, Karnataka and Tamil Nadu, neelam is also popular in Hyderabad. This variety is well known for its attractive shape, floral aroma and taste. It is bright yellow in colour and large in size, which makes it more pulpy. Neelam is eaten across the world because of its easy availability.

Known as the ‘queen of Indian mangoes’, raspuri is usually the first variety of mango that makes it to markets. Well known in Karnataka, the skin of this variety is reddish yellow in colour, and the flesh is sweet and juicy with a slight tartness and pleasant aroma. Raspuri is rich in vitamin A and carotenes.

A hybrid variety of ‘dasheri’ and ‘neelam’, amrapali was first introduced to markets in 1971. The trees these mangoes are grown on are stunted, with clusters of small fruits hanging from them. The colour of the flesh, which is sweet and juicy, is deep orange to red. The shelf life of amrapali is relatively short.

Cultivated in the foothills of Girnar in Gujarat, kesar is also called ‘gir kesar’. The pulp is thick, juice and orange in colour, and very sweet when fully ripened. From the outside, it is green with hints of red kesar is an aromatic variety of mango that has been named after saffron because of its orange pulp. 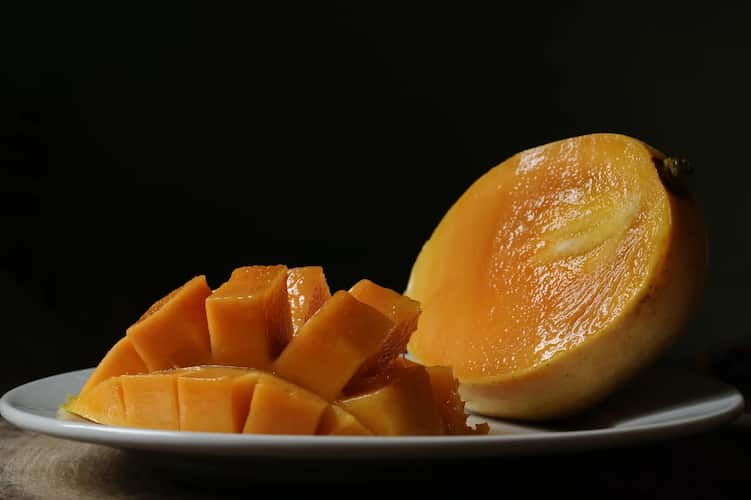 Badami is called the ‘alphonso of Karnataka’ because it is similar to alphonso in taste and texture. It has a Maharashtrian counterpart but the one grown in Karnataka is different. Each mango of this variety tastes different, depending on its picking time. If picked too early, it can be inedible and if late, it can be very mushy.

Summer 2022: 4 Delicious Raw Mango Recipes From The Kitchens Of South India You Must Try

Mango Pinwheel: Make The Most Of Mangoes With This Easy Sandwich Recipe