What happens when you have brown rice daily? In India, rice has long been a staple food. Traditionally, we consumed rice in its husk, but over time, de-husked white rice gained popularity, and the use of brown rice was restricted to rural areas, where its flavour is still cherished. There is a reason why people are becoming more aware of its advantages since it is healthier than white rice.

What Is Brown Rice

Because of how it is prepared, brown rice is viewed as a healthier option than white rice. When brown rice is processed, just the hull is removed, leaving the bran and germ on the grain. In contrast, when rice is processed, the hull, bran, and germ are removed. Brown rice appears to be a healthier alternative and is linked to several health advantages because the bran and germ are known to have nutritional qualities and are rich in fibre.

Compared to white rice, brown rice does have a much higher nutritious profile. Selenium, calcium, manganese, and magnesium are among the minerals found in brown rice but are absent or just at small levels in white rice. Additionally, brown rice has fewer calories and carbs than white rice and is a richer source of fibre and folate than white rice. What happens if you eat brown rice every day? Let's find out. 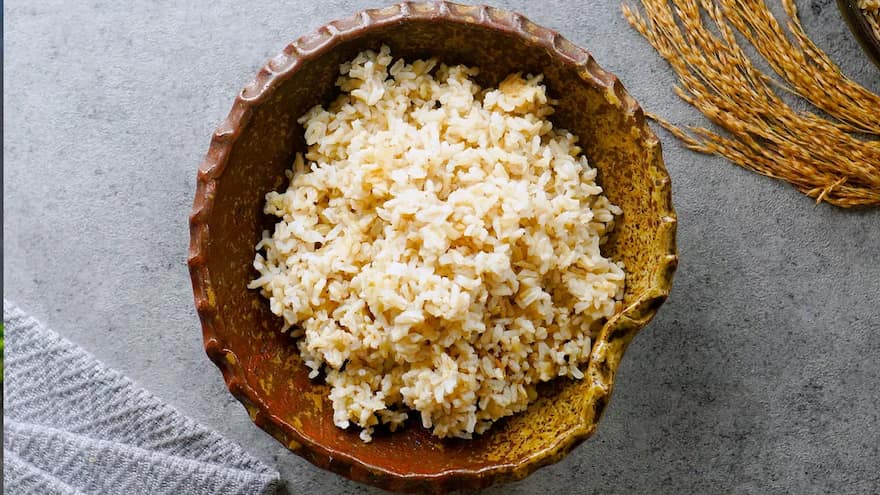 The widespread use of brown rice in India is mostly due to its link with weight loss. Brown rice's high fibre content can indeed help with weight loss. Fibre assists in controlling hormones related to appetite regulation, which lowers the level of hunger hormones and helps you feel fuller for longer. As a result, brown rice encourages overall calorie reduction, which promotes long-term weight loss.

White rice contains significantly more carbs, which are a key diabetic aggressor. People with diabetes can benefit from eating brown rice regularly because of its low carbohydrate content, which has a minimal effect on insulin and blood sugar levels. Even more so than white rice, brown rice has a lower glycemic index (GI), which implies that it digests more slowly and has less of an impact on blood sugar levels.

Foods with a lot of fibre can harm your digestion and cause issues. Because brown rice still contains the bran and germ, it has a high fibre content. In addition to irritating the digestive system, bran and germ can also cause leaky gut syndrome and other digestive issues like bloating, diarrhoea, and constipation.

Why Is Brown Rice Beneficial For Weight Loss