Bagel: All About The Round Bread With A Hole From Poland

The history of bagels takes us to the Eastern-European Jewish communities from the early 17th century. Round, simple and elegant, one can easily describe a bagel. The word 'bagel' originally combined from the terms 'beigel' in 20th century English, and Polish 'bajgiel', and 'beygel' from the Yiddish dialect. Crisp on the outside, this golden-brown bread might be hard in the first bite, but is delightfully soft from the inside. The outer cover is thus densely layered, and makes for a chewy bread that is baked to perfection. However, bagels are processed through a different method, unlike other bakery goods. The yeasted wheat or dough is kneaded to form a shape of ring using hand, post which the bagels are then rested for a while for the yeast to make the bread rise. And then comes the unique part- the bagel is boiled in water, which can contain maple syrup, honey, or baking soda. Now this step is what makes your bagel irresistibly crispy, chewy and shiny in appearance. Post boiling these rings are set to bake for their quintessential flavour. You can now pair it with your morning cup of tea or coffee, and also as an evening snack with toppings such as cream cheese or butter.

The history of bagels takes us to the Eastern-European Jewish communities from the early 17th century. As per legend, the first-known bagels are known to be originally from Poland, where the word 'Bagel' was mentioned in written historical records in Krakow. It is said that as the Jewish communities migrated to North America, the popularity of bagel grew due to its unusual taste. While the taste definitely attracted people, the traditional hole-in-the-bread design wasn't so unique to Poland as many other countries also had similar breads in their respective cuisine. As per them, the hole was in fact just to ease the process of baking as they could be practically threaded into rods of metal and baked together. 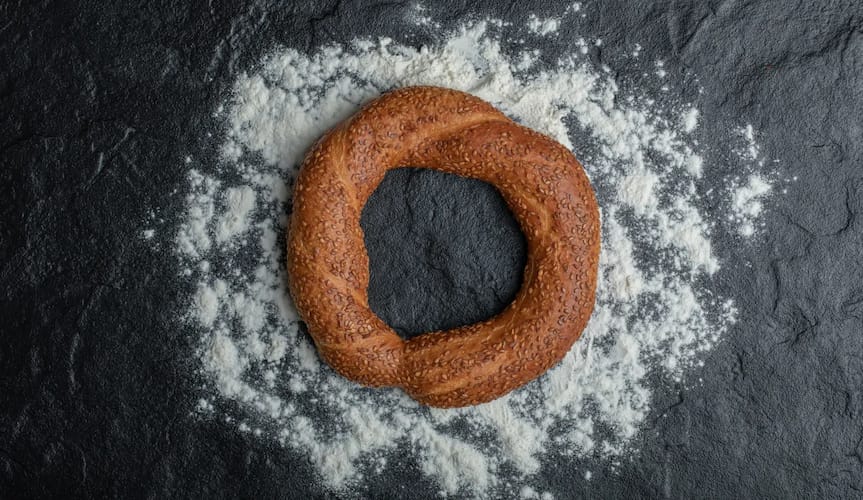 Did you know that bagels also have several variations? While the classic plain ones have lot many fans, you can also gorge on salted, cheese ones, and then there are the ones made with whole wheat. Other varieties include rye, sourdough, multigrain, sesame, and onion among others in the savoury bagels. The sweeter ones include blueberry, cinnamon, raisin, chocolate chip and so much more. Bagels also dffer in sizes, and there are flat bagels too, and are known as ‘flagels’.

Looking to try bagel at home? Here’s a recipe you can follow. Let us know your experience of making bagel at home.

Recipe: Try gluten-free 'Everything Bagel' and keep coming back for another bite

Filling Ideas For Bagels: 4 Stuffings To Try At Home

How To Make Delicious Homemade Bagels: 3 Easy Tips And Tricks